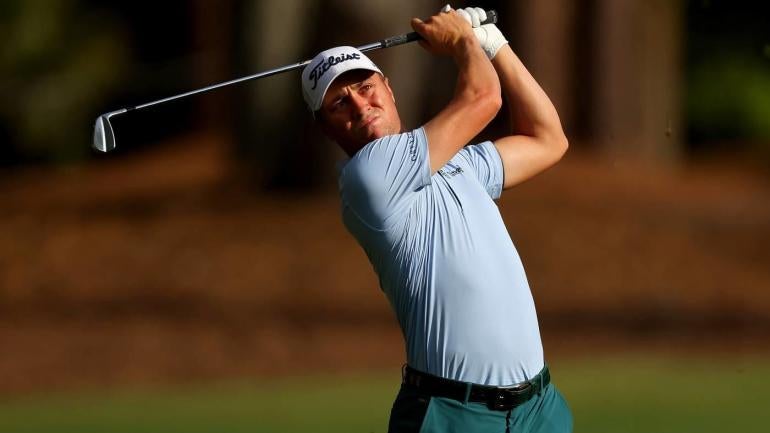 Just one week away from the second major championship of the year, players will look to the AT&T Byron Nelson at TPC Craig Ranch as a potential launching pad into the upcoming PGA Championship. The storied event was played at TPC Four Seasons for 35 years before a short stint at Trinity Forest Golf Club. It has since taken to the Tom Weiskopf design for a five-year stretch, beginning last season when K.H. Lee proved victorious to the tune of 25 under.

Wet conditions and weather delays were the story of the week as heavy rains bombarded the greater Dallas area, but this year should play differently. Dry Texas winds will have TPC Craig Ranch playing firm and fast as nine of the top 20 players in the Official World Golf Rankings ready for the challenge.

Featuring wide fairways, large greens, and flat putting surfaces, TPC Craig Ranch will allow major championship hopefuls to hone in on their craft while also providing great theater for the tournament at hand. Long hitters who are capable with their irons will find their name at the top of the leaderboard as the difficulty of the Wells Fargo Championship is long in the rear-view mirror.

Rick Gehman (RickRunGood) is joined by Sia Nejad and Greg DuCharme to preview the 2022 AT&T Byron Nelson from a DFS perspective. Follow & listen to The First Cut on Apple Podcasts and Spotify.

Scottie Scheffler (9-1): The world No. 1 made an appearance at the Zurich Classic, but this will be his first individual start since his Masters victory. He could not have picked a better spot, as TPC Craig Ranch is forgiving and will serve as the setting for a homecoming of sorts for the Dallas resident. Could he win? Absolutely. He is the rightful favorite, but claiming five trophies in an eight-tournament stretch seems a bit unlikely. Justin Thomas (12-1)Xander Schauffele (16-1)Dustin Johnson (18-1): I am not entirely sure what to think of Johnson at the moment. He looked sharp at the WGC-Dell Technologies Match Play, experienced an up-and-down Masters and then missed the cut at the RBC Heritage. There is no one better than DJ at flipping the switch and turning things on, it’s just a matter of if it will happen this week, next or sometime this summer.Jordan Spieth (18-1): Ugly but effective can describe the Texan’s current swing. His confidence is skyrocketing after his victory at the RBC Heritage, and now Spieth gets the opportunity to show off in front of a home crowd. Tee to green he has been exceptional, and if he can avoid the hiccups on the greens, he should contend for his third career title in the Lone Star State.Sam Burns (18-1)Will Zalatoris (20-1): He rounds out the Dallas trio, but maybe he should headline it this week. Zalatoris led the field in strokes gained approach last season en route to a tie for 17th but failed to convert enough scoring opportunities to truly contend. Dare I say the flat stick is getting hot, as he ranked sixth in strokes gained putting at the Masters in his last measured start.Hideki Matsuyama (25-1)Brooks Koepka (25-1): The parallels between Johnson and Koepka continue to pile up. The four-time major champion has flashed some form in 2022, but he has not been seen since missing the cut at the Masters. The only word I have received coming out of the Koepka camp (Jena Sims’ Instagram Q&As) is he recently traveled to Nashville for his bachelor party, and for some reason I doubt much golf was played.Joaquin Niemann (25-1)

Who will win the AT&T Byron Nelson, and which long shots will stun the golfing world? Visit SportsLine now to see the projected leaderboard and best bets, all from the model that’s nailed eight golf majors and is up over $9,000 since the restart.