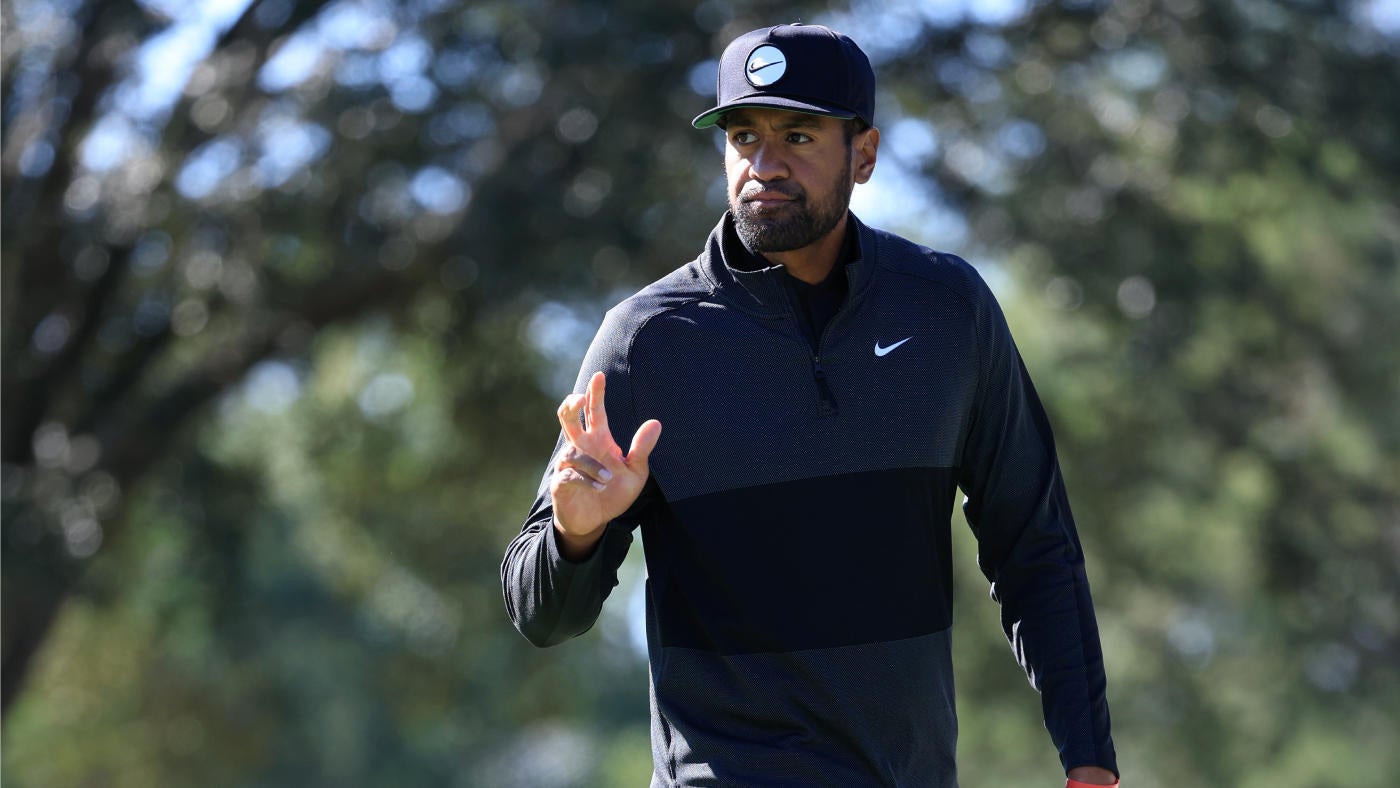 Memorial Park Golf Course played completely different in the third round of the 2022 Houston Open compared to the prior two days. With cold weather and blustery conditions entering the Houston area overnight, what remained the same is the name that occupies the top spot on the leaderboard: Tony Finau.

The 36-hole leader was unable to replicate the fireworks of his first two rounds that featured a combined 16 birdies, yet on Saturday, they were not necessary. Signing for a 2-under 68, Finau carded 16 pars and two birdies to get to 15 under and maintain his four-stroke lead heading into Sunday.

With his playing competitors feeling the wrath of Memorial Park, the 33-year-old held pat, often playing conservatively to the middle of the green and taking what the golf course would give him. Hitting 14 of 14 fairways and missing only two greens in regulation, it was Finau’s long game that was able to alleviate any major stress from his day.

While Finau showed poise in the pole position, it was Englishman Ben Taylor who was the star of the day. Signing for a 5-under 65, Taylor carded the round of the afternoon and propelled himself into the final group on Sunday alongside Finau. At 11 under, Taylor will pose as Finau’s biggest threat as he not only looks for his first victory on the PGA Tour but also his first top-10 finish; his previous best effort was a T20 result at the 2021 Barbasol Championship.

The opening 5-under 65 was impressive, the 8-under 62 was special, but Finau’s 2-under 68 on Saturday may have been the most memorable of all. With Memorial Park playing more than a stroke over par, the American looked as good as ever. While he let his fair share of opportunities fall by the wayside on the greens, it was about as easy of a third round for a leader on the PGA Tour in quite some time, and even more so considering the conditions.

The Ryder Cup has been discussed often in these write-ups, and it is encouraging to see Rose’s name on the first page of the leaderboard. After experiencing a 2021-22 season that featured only two top-10 finishes, the Englishman’s presence is a welcomed sight for not only himself but his fellow Europeans. With the home team in Rome expecting to overhaul half of its squad, a veteran presence such as Rose in the locker room could go a long way. Still 10 months away, Rose is a player to monitor as we head into 2023.

“I feel like I need to get my toe down on the accelerator a little bit. It’s been not the greatest year, and obviously 2022-23 season’s up and running and it’s time to kind of make some points and get amongst it,” said Rose. “Last couple seasons I’ve been on the fringes looking from the outside in at the FedExCup a little bit, so that’s not a position I want to continue to put myself in.”

Tackle of the day

It’s a big day in college football and golf with Jordan Spieth appearing on ESPN’s “College GameDay” as the guest picker ahead of the Texas vs. TCU matchup. Despite the bevy of plays made on Saturday both on the gridiron and golf course, the tackle of the afternoon may go to this mother. Tracking down her child from running onto the green at Memorial Park, the mother was lucky there was no flag on the play.

Four strokes is not insurmountable, but the way Finau is currently playing does not suggest any sort of meltdown on Sunday. With Taylor unproven, this two-man race has the potential to be over early in the final round. Finau has put together a well-rounded effort through three days ranking second in strokes gained tee to green and third in strokes gained putting. He’s been my selection since the start of the week and this sentiment is unchanged heading into the final day in Houston.