2022 NBA Draft order: Full list of 58 picks for first and second round after trades set selections 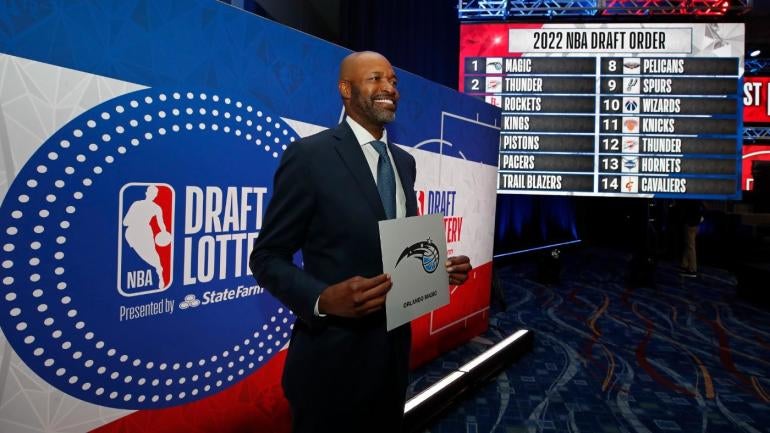 The complete order for Thursday’s 2022 NBA Draft is set. The latest change was the Dallas Mavericks agreeing to trade the No. 26 overall pick plus Boban Marjanovic, Trey Burke, Marquese Chriss and Sterling Brown to the Houston Rockets in exchange for Christian Wood. The deal will be official on draft night.

The Orlando Magic won the No. 1 overall pick in last month’s NBA Draft Lottery. The Thunder, Rockets, Kings and Pistons round out the top five for Thursday’s draft.

The lottery was one of the notable events on the early offseason calendar, and teams can now try to figure out exactly who they’ll select after the top 14 spots were sorted out

So what about the rest of the draft order?

The 16 teams in the playoff field will choose after that in order of regular-season record to close out the first round. The second round is far simpler: All 30 teams are simply arranged by regular-season record. With tiebreakers determined and the lottery in the books, here is the 2022 NBA Draft order.