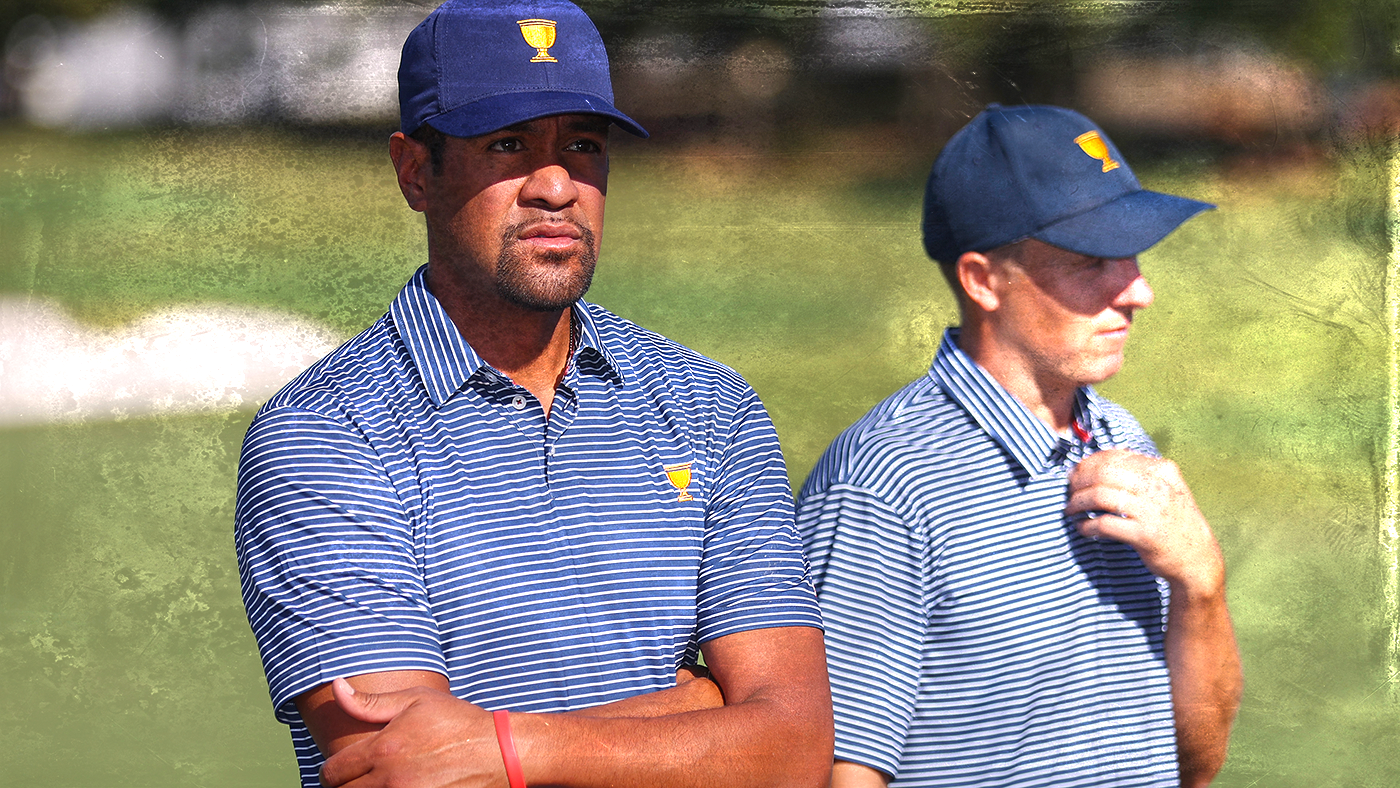 The 2022 Presidents Cup gets underway this week as a heavily favored United States team looks to keep the momentum rolling from their record-setting Ryder Cup victory last fall. Winners of eight straight Presidents Cups, the U.S. has dominated this team event and is primed to do so again led by American stalwarts Jordan Spieth and Justin Thomas.

With each member of its team settling inside the top 25 of the Official World Golf Rankings, at first glance, a U.S. rout appears imminent. Yet standing in its way is a young, but dangerous, international side. Fully embracing the underdog mentality, 10-time Presidents Cup participant Adam Scott looks to lead a cast of new characters into Quail Hollow Club. Wyndham Championship winner Tom Kim, ball-striking maestro Corey Conners and two-time PGA Tour winner K.H. Lee headline international rookies hoping to aid Scott, Hideki Matsuyama and Sungjae Im in pulling off the improbable.

With the talent, depth, and continuity all stacked against the internationals, few (if any) outside the team room are giving the visiting team a serious chance to claim victory. However, this fight will not play out on paper but rather the golf course, where we all know too well anything can happen.

With that in mind, here are our picks for the 2022 Presidents Cup at Quail Hollow. Check out our breakdown of how the Presidents Cup teams stack up against one another. Odds via Caesars Sportsbook

Kyle Porter — Justin Thomas: J.T. is 12-4-3 in Ryder Cups and Presidents Cups. He’s also the de facto leader (at least one of them) on the U.S. side. We know he’ll play either four or five matches, and the path to him going 4-0-0 or even 5-0-0 is there. He doesn’t need an equitable matchup to get jacked up for any team tournament, and history has shown that he’s an absolute force when he puts on the red, white and blue. Top U.S. points scorer odds: 7-1

Patrick McDonald — Tony Finau: I love the course fit for Finau, and I love that he may be paired with Collin Morikawa. Finau is only two months removed from winning back-to-back tournaments and nearly adding a third at the St. Jude Championship. He is one of the elder statesmen on this American side, and we saw at the Ryder Cup that he thrives in front of the U.S. contingent. Top U.S. points scorer odds: 9-1

Jacob Hallex — Xander Schauffele: Xander has hit new highs this season with three PGA Tour victories. We have a really good feeling he’ll be paired with Patrick Cantlay for the majority of his partner matches. It’s likely, with the four-day schedule, these two could play every session. I’m expecting him to rack up points as he comes into his own in the team format. At last year’s Ryder Cup, Schauffele was one of four players to earn three or more points for Team USA. He should go out early in Sunday singles and secure a point for the Americans. If you were looking at the betting markets, I would suggest splitting a top overall points score wager between Xander and Patrick Cantlay. Top U.S. points scorer odds: 25/4

Kyle Porter — Tom Kim: There aren’t a lot of great options, but I’ll ride with youth in the 20-year-old Kim. He’s coming off an astounding end to his season where he won the Wyndham Championship, and his confidence will be through the roof in his first Presidents Cup. Plus, I doubt captain Trevor Immelman will throw him out against the J.T.-Spieth matchup or any of the other monstrous pairings the U.S. side can and will produce. Top international points scorer odds: 5-1

Patrick McDonald — Sungjae Im: Still only 24, Im has turned into the best player on this international team. With three runner-up finishes in his final five starts of the 2021-22 season, he is clearly in fine form and is a great fit for Quail Hollow. He will have to go in all five sessions if the internationals are to have a chance and I wouldn’t be surprised if he runs the table. Top international points scorer odds: 5-1

Jacob Hallex — Sungjae Im: We say it all the time on The First Cut Podcast, Im is a flusher of the golf ball. No longer a rookie, I hope to see him break out in the team format this year. The Korean pod for the International side looks cohesive and stacked this year with Sungjae set to be the leader. In 2019, he tied Abraham Ancer as the leading points earner for the Internationals. With Ancer out of the picture, it wouldn’t shock me to see Sungjae take the reins at Quail Hollow for Captain Immelman’s team. Top international points scorer odds: 5-1

Kyle Porter — The International team will keep singles close. Since 2007, the Internationals actually lead singles matches. This is likely due to the fact that the U.S. has often wrapped the event up early and often coasted to the finish line. Still, the Internationals have some unique firepower that, while it won’t be able to keep the foursomes and fourball matchups close, could be interesting on Sunday in singles.

Patrick McDonald — The U.S. will not win every session. The U.S. is not without its weaknesses and fourball would certainly be considered one. While improved in recent years, the Americans clearly prefer foursomes and singles; they often use those formats to claw ahead in this competition. With zero expectations, I expect the internationals to surprise and draw even with the U.S. in at least one of the sessions.

Jacob Hallex — Max Homa shines in team debut. Golf fans have been spoiled by recent generational talents emerging early on the PGA Tour. Homa isn’t old by any stretch of the imagination; he is just a guy who has taken a more traditional route to the upper echelon of the game. He has a dogged attitude and won on this exact course for his maiden PGA Tour victory. He mentioned after his dramatic win last week that he’s playing with a chip on his shoulder. Alleged Twitter naysayers tell him he doesn’t deserve to be on the team and LIV Golf defections are the only reason he’s in Quail Hollow. I’m looking forward to seeing Max play with that dog in him even as the U.S. side remains such heavy favorites.

Kyle Porter — United States (20-10): This U.S. team, perhaps strangely, has something to prove. It’s not that it’s an underdog (it’s actually a heavy favorite) nor that it needs to show its bonafides at a Presidents Cup (it hasn’t lost this century) but rather that it will want to show that this year’s stars and stripes can match last year’s Ryder Cup Dream Team, which routed the Europeans at Whistling Straits. In a way, this U.S. team — with Dustin Johnson, Bryson DeChambeau and Brooks Koepka absent — is competing against a former version of itself and setting the table for next year’s event in Rome, where it will again be the favorite. U.S. odds: 2/15 | Exact score odds: 12-1

Patrick McDonald — United States (17.5-12.5): It will be close early, but the U.S. advantage in skill, course fit, and continuity will ultimately give way. Riding a wave of confidence from the Ryder Cup, they roll to their ninth straight Presidents Cup. U.S. odds: 2/15 | Exact score odds: 11-1

Jacob Hallex — United States (19-11): I hope I’m wrong, but this contest by all accounts seemed to be pretty uniformly scripted by everyone in the media. I don’t see many calling for a shocking upset, and the oddsmakers don’t either. The U.S. side has great individual advantage that should shine during the singles matches and foursomes. I can easily see a scenario taking place where the Americans only need a few victories Sunday to clinch the trophy, thus leaving a spot for the Internationals to score some “garbage time” points. U.S. odds: 2/15 | Exact score odds: 11-1