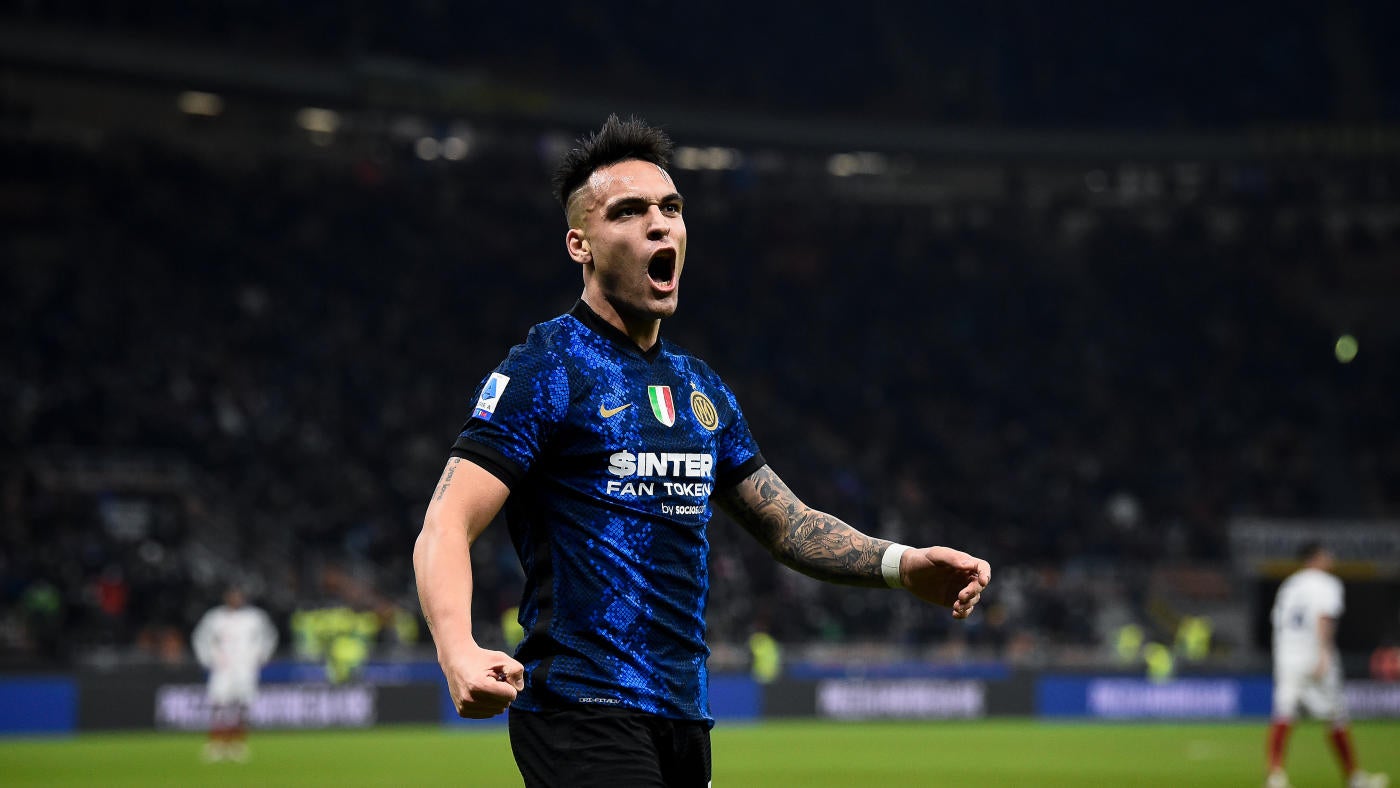 Despite the Italy national team’s failure to qualify for the 2022 World Cup in Qatar, Serie A will have many players at the most important soccer tournament in the world starting next Sunday. As a matter of fact, there are several players, including one for the United States, that play in Italy and will take their talents to Qatar. Big national teams like Argentina, Brazil, France and Portugal will have players who play in Serie A and represent their country in Qatar, as will some under-the-radar teams looking to make noise.

Here’s a look at the Serie A players to watch at the tournament:

Club: Lazio
Country: Serbia
The Serbian midfielder is definitely one player to watch at the tournament. Sergej Milinkovic-Savic has been one of the best, if not the best, Serie A midfielder of the past three to four years. His performances were consistent and he always showed good character on and off the pitch. With Lazio, playing as an attacking midfielder, he has contributed several goal and assists in the past years. This season so far he scored five goals and provided seven assists to his teammates in all the competitions. Serbia are one of the teams to watch because many of the key players are at the peak of their careers, such as Milinkovic-Savic, who will turn 28 years old next year. Serbia are in Group G alongside Brazil, Swtizerland and Cameroon.

Club: AC Milan
Country: Portugal
The AC Milan striker was the best Serie A player of the 2021-22 Serie A season which culminated with the Scudetto for the team coached by Stefano Pioli. Rafael Leao finally showed his skills and was consistently one of the best players of the season, and his goals and assists contributed massively to the historical win of his team, ending an 11-year drought. His impact on the games have been crucial and this is what Portugal coach Fernando Santos expects for the World Cup, where they will face Ghana, South Korea and Uruguay in Group H. As of now, Leao has scored six goals after 19 games in all competitions and this will be his first major tournament with the national team.

Club: Juventus
Country: United States
The USMNT midfielder is another player to watch for the upcoming World Cup. Weston McKennie didn’t play the last games with Juventus because of a minor muscular injury that forced coach Massimiliano Allegri to rest him. Until then, McKennie played every single game when he was available and scored three goals so far in all the competitions. McKennie can play in different roles as a midfielder and he was called up for his first World Cup this year. United States will play the first match of the World Cup on Monday, Nov. 21 against Wales, will play later on against England on November 25 and on November 29 against Iran for the last match of the group stage.

Club: Inter
Country: Argentina
Inter Milan and Argentinian striker Lautaro Martinez is called to lead his national team alongside key players Lionel Messi and Angel Di Maria, like they did in the summer 2021 when they won 1-0 against Brazil in the Copa America final. Lautaro Martinez is now considered the key striker for both Inter Milan and NT, where he already scored 21 goals in 40 games. An incredible record, very much similar to his club numbers. So far this season he scored eight goals in twenty matches and led the attacking line despite the injury of Romelu Lukaku, who forced coach Simone Inzaghi to play with Lautaro Martinez and Edin Dzeko for most of the games. There are a lot of expectations around Lautaro and the whole Argentinian team, considering that this will be the last chance for Leo Messi to win the World Cup. Scaloni’s side will play against Saudi Arabia, Mexico and Poland in the group stage.

Club: Napoli
Country: Mexico
The Mexican star is finally showing his skills at Napoli. After a difficult first season, his performances improved a lot last season and he’s now fully part of the Luciano Spalletti’s project. Napoli are doing really well this year and are currently leading the Serie A table and this season might have a real chance to win their first Scudetto in over thirty years. This season, Lozano scored four goals and provided two assists to his teammates. Lozano is a key player for El Tri, where he already played 59 matches and scored 16 goals and was also part of the 2018 World Cup, when Mexico were eliminated in the Round of 16 after losing 2-0 against Brazil. Mexico are in the same group with Lautaro’s Argentina, Poland and Saudi Arabia. Lozano scored the winner against Germany in the 2018 group stage.

Club: AC Milan
Country: France
Compared to four years ago, the world has changed for Theo Hernandez. Back in 2018, he was a young prospect at Real Madrid that didn’t find get enough minutes. Then, his exclusion in the summer 2021 for the UEFA Euro 2020 was a big disappointment for him but everything changed since the fall of last year, when coach Didier Deschamps decided to change some key players on his roster and called him for the first time. He is now fully part of the French national team after he won the Scudetto with AC Milan and proved to be one of the best left-backs in the world. This season so far he scored two goals and assisted twice in all competitions and he’s expected to be starter at the World Cup where France will face Australia, Tunisia and Denmark in the group stage.

Club: Juventus
Country: Serbia
If there is one striker to watch coming from Serie A soccer this year, it’s Dusan Vlahovic. The Juventus striker had a quite difficult start to the season, considering also he had some injuries, but he already managed to score eight goals so far. Juventus changed a lot this summer and also in the current season, playing with one striker at first but then changing the tactical system and playing with two central strikers. Vlahovic didn’t show all his skills but the feeling is that he can perform really well at his first major tournament with Serbia. With his county, he already scored eight goals in 16 matches so far, and Serbia will play against Brazil, Switzerland and Cameroon in one of the most challenging group.

Club: AS Roma
Country: Argentina
His presence in Qatar was in doubt until the last day due to injury, but then coach Lionel Scaloni decided to call Paulo Dybala for his second World Cup of his career. He only played 22 minutes against Croatia in the group stage. The current AS Roma player had a great start to the season with Jose Mourinho’s side, but then he got injured and missed the last eight matches before coming back to train right before Argentina’s squad release. Dybala’s history with the Albiceleste is deeply affected by injuries — he only played three matches in the last year and scored one goal against Italy at Wembley in the Finalissima that saw Argentina beat Italy. Argentina will play the first match of the group stage against Saudi Arabia on Nov. 23.

Club: Sampdoria
Country: Morocco
Despite a disappointing start to the season with Sampdoria, Abdelhamid Sabiri is a player to watch at the World Cup. Morocco are an interesting side that can become one of the surprises of the tournament, and Sabiri has the talent needed to impress, even if he doesn’t start. Under Marco Giampaolo, he was always the best player on the team, but then when Dejan Stankovic was appointed as new Sampdoria’s coach, Sabiri’s role became less crucial for the team and even started some matches from the bench before he got injured. The World Cup is the perfect place to impress, and the coach showed that he trusts him considering that he got his first call last September, played two matches and scored on his debut against Chile. Morocco will play the first match of the tournament against Croatia on Nov. 23, they’ll take on Belgium on Nov.27 and close out the group stage against Canada on Dec. 1.

Club: Napoli
Country: South Korea
Only few knew him before the current season when he arrived from Fenerbahce and joined Napoli to replace club legend Kalidou Koulibaly. Kim Min-jae is currently one of the best center backs in Italian soccer and showed his incredible impact in the first part of the season, considering that Napoli are currently the Serie A leaders. Spalletti’s side are one of the best defensive teams in the league, but Min-jae also scored twice so far in domestic competition. He’s already a veteran of the national team as he’s played 44 matches but missed the 2018 World Cup only because of injury. He will be a key player for South Korea, who will face Uruguay, Portugal and Ghana.

How to Watch Dartmouth vs UMass Lowell: Stream College…