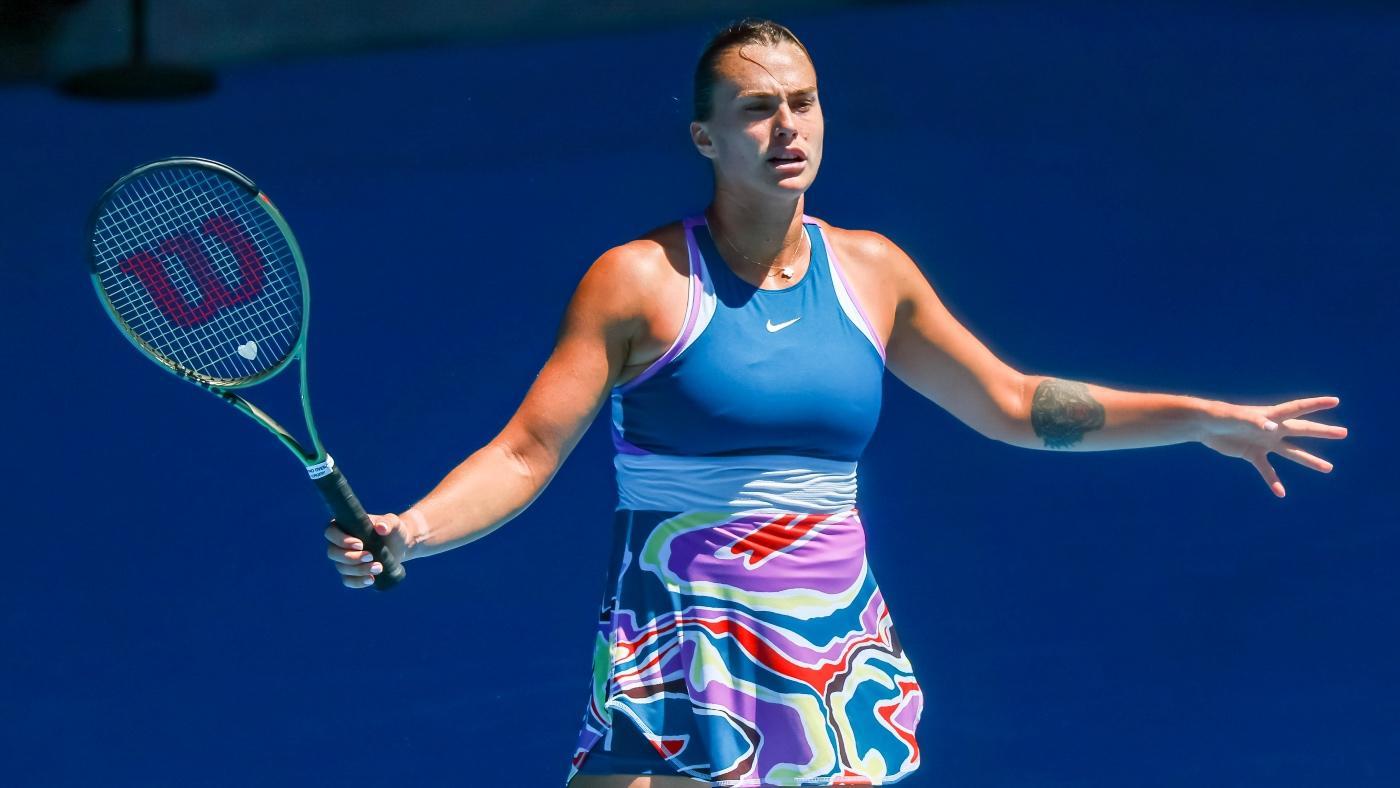 No. 5 seed Aryna Sabalenka seeks her first appearance in a Grand Slam final when she takes on the unseeded Magda Linette in the women’s semifinals of the 2023 Australian Open at Melbourne Park on Thursday. Sabalenka, who reached the semifinals of a major tournament for the third time in last year’s U.S. Open, has won each of her first five matches in this event in straight sets. Linette defeated 30th-seeded Karolina Pliskova 6-3, 7-5 in the quarterfinals for her fourth consecutive win against a seeded opponent.

Sabalenka is a -525 favorite (risk $525 to win $100) in the latest Sabalenka vs. Linette odds from Caesars Sportsbook, while Linette is a +350 underdog. The over/under for total games is set at 20.5, with Sabalenka favored by 4.5 games. Before you make any Linette vs. Sabalenka picks or 2023 Australian Open predictions, you need to see what SportsLine tennis expert Jose Onorato has to say.

Onorato grew up playing competitive tennis in Caracas, Venezuela. After coming to the U.S., he trained with famed coach Nick Bollettieri at IMG Academy in Florida and faced players like Robert Farah, now one of the world’s top-ranked doubles players.

Onorato, who holds dual degrees in finance and economics from the University of Miami, does extensive research before placing any tennis bets. He studies current form, players’ tendencies on a particular surface, weather conditions and many other relevant factors. That systematic approach helped Onorato go 96-67-7 – up 60.42 units – in 2022.

Now, Onorato has scrutinized the latest Australian Open 2023 odds and released his coveted best bets for the Sabalenka vs. Linette women’s semifinal match. He’s only sharing his pick and expert analysis at SportsLine.

Sabalenka, who hadn’t gotten past the fourth round in any of her previous six appearances in the Australian Open, cruised to a 6-3, 6-2 victory over the unseeded Donna Vekic in the quarterfinals. The 24-year-old Belarusian has lost more than three games in a set only twice thus far, with her toughest battle being a 7-5 triumph in the first set of her fourth-round match against No. 12 seed Belinda Bencic. Sabalenka dominated Linette in their previous two meetings, losing a total of seven games en route to straight-set victories.

Linette has been in uncharted territory for a while as she failed to get past the third round in each of her first 39 career Grand Slam appearances. The 30-year-old has recorded four straight-set victories in this tournament but has battled throughout, losing at least four games in seven of her 11 overall sets. Linette pulled off a huge upset in the fourth round as she posted a 7-6 (7-3), 6-4 triumph over No. 4 seed Carolina Garcia. You can see Onorato’s best bets here.

How to make Sabalenka vs. Linette picks

In addition to his full analysis, Onorato has released his best bet for the semifinal match. Be sure to see Onorato’s picks and analysis before locking in your own 2023 Australian Open picks for Linette vs. Sabalenka.

Who wins Linette vs. Sabalenka in the women’s semifinals of the 2023 Australian Open? And where does all the betting value lie? Visit SportsLine now to see Jose Onorato’s best bet for Sabalenka vs. Linette, all from the tennis expert who knows the game from a player’s perspective, and find out.

How to Watch Butler at Providence in College Basketball: Stream Live, TV Channel

Jan 28, 2023
RSS Error: WP HTTP Error: cURL error 28: Connection timed out after 10002 milliseconds
RSS Error: A feed could not be found at `https://kylejimenezart.com/feed/gn`; the status code is `404` and content-type is `text/html`
generic cialis online
Sign in
Sign in