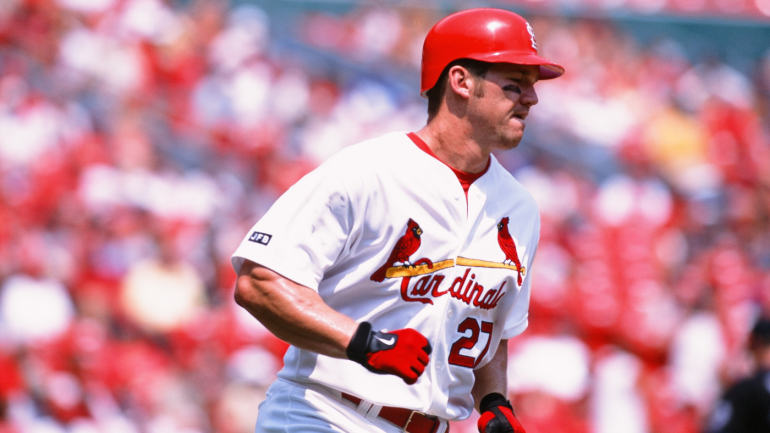 The National Baseball Hall of Fame announced on Tuesday night that Scott Rolen, a veteran of 17 big-league seasons, has been voted into Cooperstown by the Baseball Writers Association of America. Rolen received a vote on 76.3 percent of the ballots, putting him just above the 75 percent threshold. He was the only member of the 28-player ballot who was chosen for enshrinement.

While Rolen’s candidacy can no longer be questioned, one debate will endure a while longer: just which team’s hat, if any, will be featured on his plaque?

Rolen, for those who may have forgotten, suited up with four different teams during his career. He spent seven seasons with the Philadelphia Phillies, six with the St. Louis Cardinals, four with the Cincinnati Reds, and two with the Toronto Blue Jays. It stands to reason that if Rolen will be depicted in a team’s cap, it will be that of either the Phillies or the Cardinals.

Rolen was originally drafted by the Phillies in the second round of the 1993 event. He would reach the majors in 1996 and won the Rookie of the Year Award a season later. Rolen would win three of his eight Gold Glove Awards with the Phillies. He also notched a career-best 29 Wins Above Replacement with the Fightins, or about three wins more than he tallied as a member of the Cardinals.

That doesn’t mean Rolen was a slouch in St. Louis, of course. He made four consecutive All-Star Games with the Cardinals and won four more Gold Gloves. He was part of two World Series teams, too, including the 2006 champions.

Here’s a breakdown of his career numbers with the Phillies and the Cardinals:

It should be noted that there is another possibility, and that’s Rolen going into Cooperstown without a team’s logo on his cap. Back in 2019, for example, both Roy Halladay (who was inducted posthumously) and Mike Mussina entered with blank caps as a means of paying respect to each of their teams.

Latch on to Crossword Clue

The Atlantic or Pacific Crossword Clue