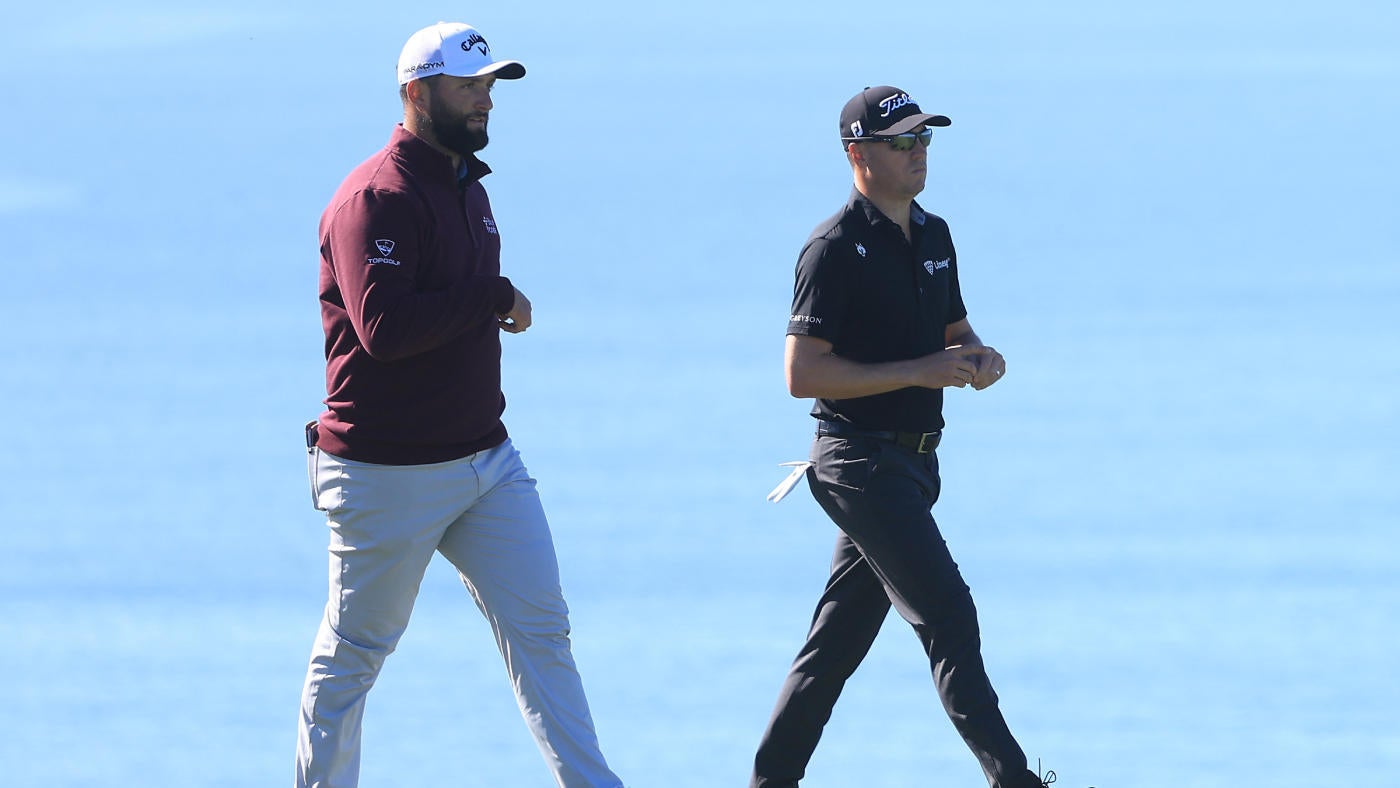 Conditions were ideal on the cliffs of La Jolla Wednesday at the 2023 Farmers Insurance Open. Without a breath of wind to deal with, players were able to attack pins at both the difficult South Course and accessible North Course. While Sam Ryder, Aaron Rai, and Brent Grant took possession of the first-round lead courtesy of 8-under 64s on the North Course, it was bigger name in Justin Thomas who took control of the tournament.

Firing a 4-under 68, the two-time PGA Champion signed for the second-lowest round of the day on the South Course. In the midst of a lull since the summer months, Thomas came into his second start of the year without a top-10 finish in a full-field event since the Canadian Open.

With his iron numbers receding every so slightly, the pristine approach play we have grown accustomed to seeing from Thomas was well apparent in Round 1. Ranking second in strokes gained tee to green and fourth in strokes gained approach among those on the South Course, Thomas will attempt to close the gap between he and the leaders in what is expected to be a windy second round.

This is a pretty eclectic group featuring a long-time PGA Tour player, a rookie and a DP World Tour winner. Rai was in contention at this tournament a year ago and plays well in horrendous conditions — as seen by his 2020 Scottish Open victory — so he should be right at home tomorrow and may hold the most staying power.

“I think the temperature and also how the wind affects the ball is a little closer to what I would have grown up with in the U.K. The ball doesn’t travel quite as far here compared to other places in America. The wind feels a little bit heavier also,” Rai said of his comfort at Torrey Pines. “So I guess I just see the shots a little bit clearer where sometimes when it’s hot in the States and when there’s 5, 10-mile-an-hour wind, the ball can just fly straight through, whereas here I feel like you can use the wind as a little bit of a buffer, which probably just suits my eye a little better, so that probably helps me tee to green.”

He just keeps on doing it. Continuing a stellar freshman campaign that has included nine straight made cuts and eight top-15 finishes, Montgomery arrived at Torrey Pines fresh off a title run in Palm Springs. Hitting his tee shot on the 71st into the water and rinsing his hopes of winning The American Express, a letdown felt almost inevitable for the best putter on the PGA Tour. Instead, Montgomery is back on the first page of the leaderboard with eyes on more than a top-15 finish.

What happened to Jon Rahm?

The world No. 3 looked right at home early in his first round when he made two birdies on his first five holes. On the par-5 6th in two, Rahm would end up three-putting for par at the beginning of a 20-minute stretch that derailed his day. Hitting his approach shot into the following hole into the penalty area, a double-bogey ensued, wiping out all of his previous work.

With two bogeys and a birdie to round out his day, Rahm ultimately signed for a 1-over 73 and sits nine strokes off the lead. Marking his first over-par round in 150 days, Rahm will attempt to rebound on the North Course on Thursday and play himself back into contention.

A tale of two courses

The South Course played exactly 2.5 strokes more difficult than the North on Wednesday, and it will play even tougher on Thursday. With winds expected to reach 30 mph and gusts potentially up to 40 mph, players will have to hold on for dear life. Whether this drives up the scoring average on the North Course as well will be the question heading into Round 2, since it could very well widen the margin between the two.

Scoring averages in relation to par from Round 1

I just want to take a moment to appreciate Rahm at 20-1 with better odds than the man he trails by nine strokes. Yes, there is a ways to go in this tournament, but I no longer believe Rahm will grab his third straight title. Instead, I look to Homa at 35/2. His round was somewhat underwhelming, but I like his game in tough conditions. A couple guys in front of him on the odds board, Im and Morikawa, tend to struggle with the wind, so there is some room to move up from the 4-under number he is at despite the big names.

Actor Badgley of “Gossip Girl” and “You” Crossword Clue