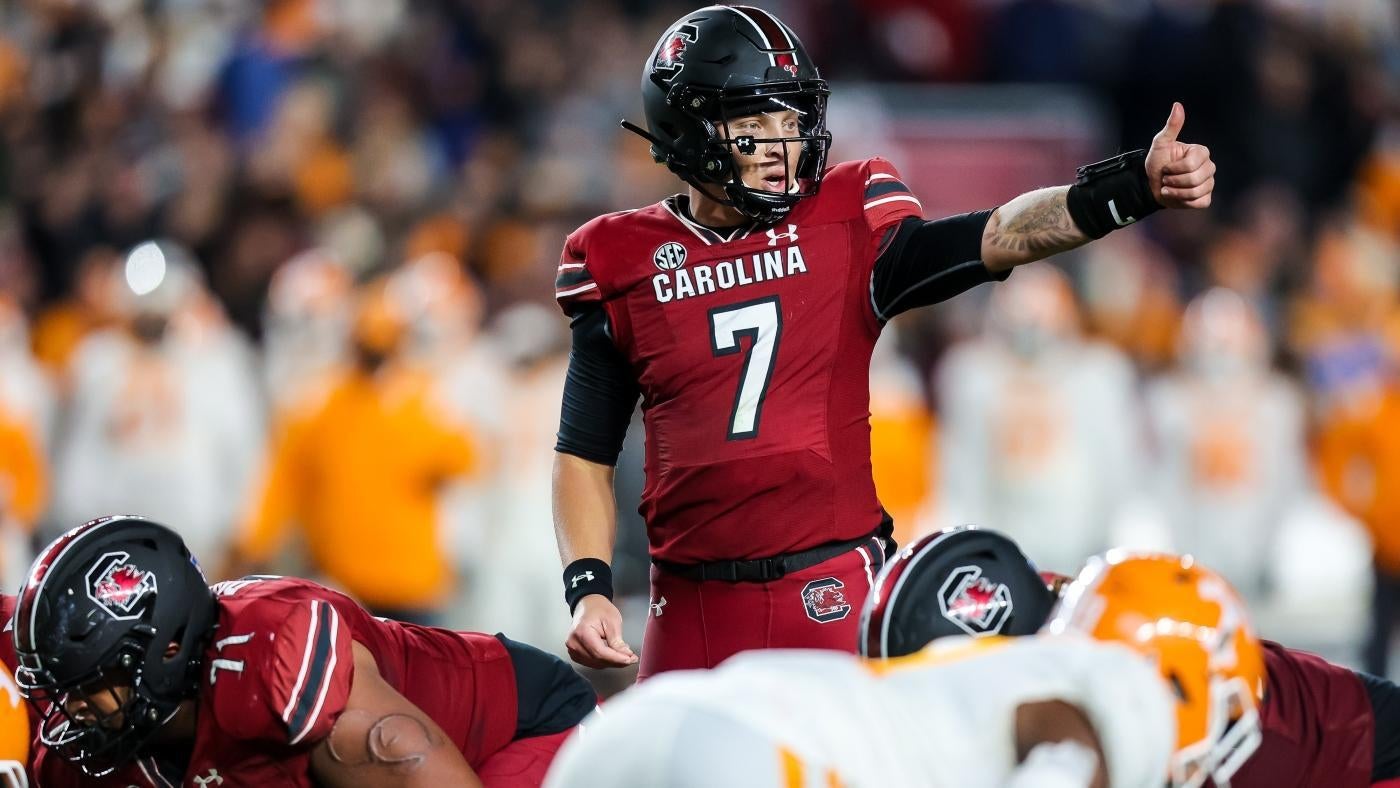 The final weeks of the college football regular season have arrived. Before long, each quarterback’s full season body of work will be available and the next phase of the evaluation process begins. For a handful of quarterbacks, Saturday was another opportunity to impress and South Carolina’s Spencer Rattler did just that in a convincing victory over No. 5 Tennessee.

Here is a look at how a handful of quarterbacks fared over the weekend:

Will Levis, Kentucky: Stock Up

Kentucky fought Georgia valiantly for more than a half but did not have enough offensive firepower to keep pace despite showing increased rate of play. For the first time this season, the Wildcats used Levis’ legs on designed runs and it worked. The Penn State transfer accumulated 26 yards on five carries. His accuracy was inconsistent throughout the game. He dropped a beautiful pass to freshman wide receiver Barion Brown up the right sideline but was off on a handful of other throws. There were some passes that should have been caught, including a potential big-gainer to tight end Jordan Dingle up the seam.

Levis showed a lot of toughness against Georgia and did a good job getting the ball out quickly when the play call warranted it.

Nix has found a good downfield connection over the past few weeks with wide receiver Dont’e Thornton logging 46+ yard receptions in each. The Auburn quarterback transfer led Thornton well down the left sideline of Saturday’s win over No. 10 Utah for 58 yards. Nix completed a few downfield attempts. The story of his season, however, has been his efficiency at or near the line of scrimmage. He averaged 7.19 air yards per attempt against the Utes and 153 of his 287 passing yards were yards after the catch. He completed 67.6% of his pass attempts and showed great leadership in the victory.

With a 7-3 lead in the second quarter, Nix showed some impromptu play-making ability and situational awareness. He faked a handoff, started sprinting left, pulled up in the face of a defender and lobbed a pass over the top for a Ducks touchdown.

Nix has elevated his draft stock with strong play this season.

Rattler played like the peak version of what so many had expected of him a year ago. It looked like he had all the answers to the test. The Oklahoma transfer was throwing with touch and anticipation to all three levels of the field. He may not have had a bad pass under the lights. Despite connecting on some big plays down the field, he was never over-confident to the point where he turned down the checkdown for a more dangerous option.

On this particular play, he throws a back shoulder fade to wide receiver Josh Vann for an 18-yard touchdown.

Neither Rattler nor the South Carolina offense had shown anything that suggested this type of offensive explosion was coming. He did some scrambling and even caught a pass. The Volunteers were a little chippy with him after a few plays but Rattler stayed calm, cool and collected a win at the end of the night.

Stroud threw for 66 yards — over one-quarter of his passing yards on the day — on the Buckeyes’ first drive, which resulted in a touchdown to running back TreVeyon Henderson. According to TruMedia, he completed 3-of-7 passes beyond 10 yards during the game and only one of those attempts was between the hashes. Stroud was blitzed on 57.6% of his dropbacks, which certainly contributed to his inclination to get the ball out quickly. He was efficient throwing behind the head of the blitzing player to create yards after the catch opportunities.

Maryland had a chance to win this one until linebacker Steele Chambers recovered and returned a fumble for a touchdown with 9 seconds remaining. The No. 2 team in the country survives and advances to play No. 3 Michigan at home next week. The Buckeyes are assuredly looking to enact revenge for last season’s upset.

Thompson-Robinson has looked more comfortable in the offense this season displaying improved mechanics at the mesh point and poise in the pocket. He looks most comfortable throwing in-breaking patterns and routes up the seam; TruMedia supports that finding.

His ball placement could have been better on a handful of occasions and decision-making needs to improve. On one of his interceptions, the placement was poor. On his other two interceptions, he did not see a defender dropping out of the box. There was a fourth turnover-worthy play where he was pressured and threw a prayer ball into coverage off his back foot. Thompson-Robinson has good top end speed but change of direction is not as fluid. He is an incredibly talented player though.

How to Watch The Great Christmas Light Fight: Stream Season…

5 Letter Words with ERMB in Them – Wordle Clue

5 Letter Words with ERBM in Them – Wordle Clue

5 Letter Words with RAME in Them – Wordle Clue