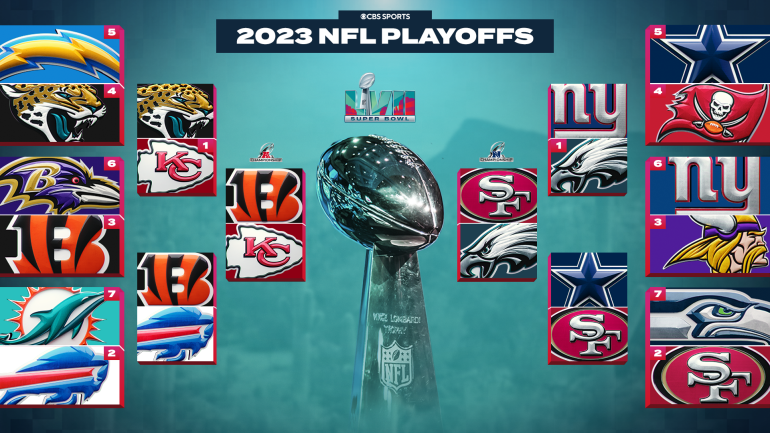 The NFL playoffs roll on to the conference title games after the defending AFC champion Cincinnati Bengals routed the Buffalo Bills on the road on Sunday and the San Francisco 49ers held off the Dallas Cowboys.

The divisional round of the 2023 NFL playoffs kicked off on Saturday as the Kansas City Chiefs and a hobbled Patrick Mahomes held on to beat the Jacksonville Jaguars, 27-20, and the Philadelphia Eagles absolutely destroyed the New York Giants, 38-7.

After a week off, each conference’s top-seeded teams entered the fray this weekend and both moved on. The Chiefs, the AFC’s top-seeded team each of the last four years, will now be playing in the AFC Championship Game for a record fifth straight year. On the NFC side, after their convincing win over their rivals, the top-seeded Eagles will be making their first appearance in the NFC title game since the 2017 season.

Two more teams look to punch their tickets into the conference championship today.

This year will mark the fourth Super Bowl played in Arizona and the first since the Patriots rallied to defeat the Seahawks in Super Bowl XLIX.

Prime minister until his death in 1964 (5) Crossword Clue