A decade on from toothache in Torquay, Ellis Genge is determined to help England down New Zealand 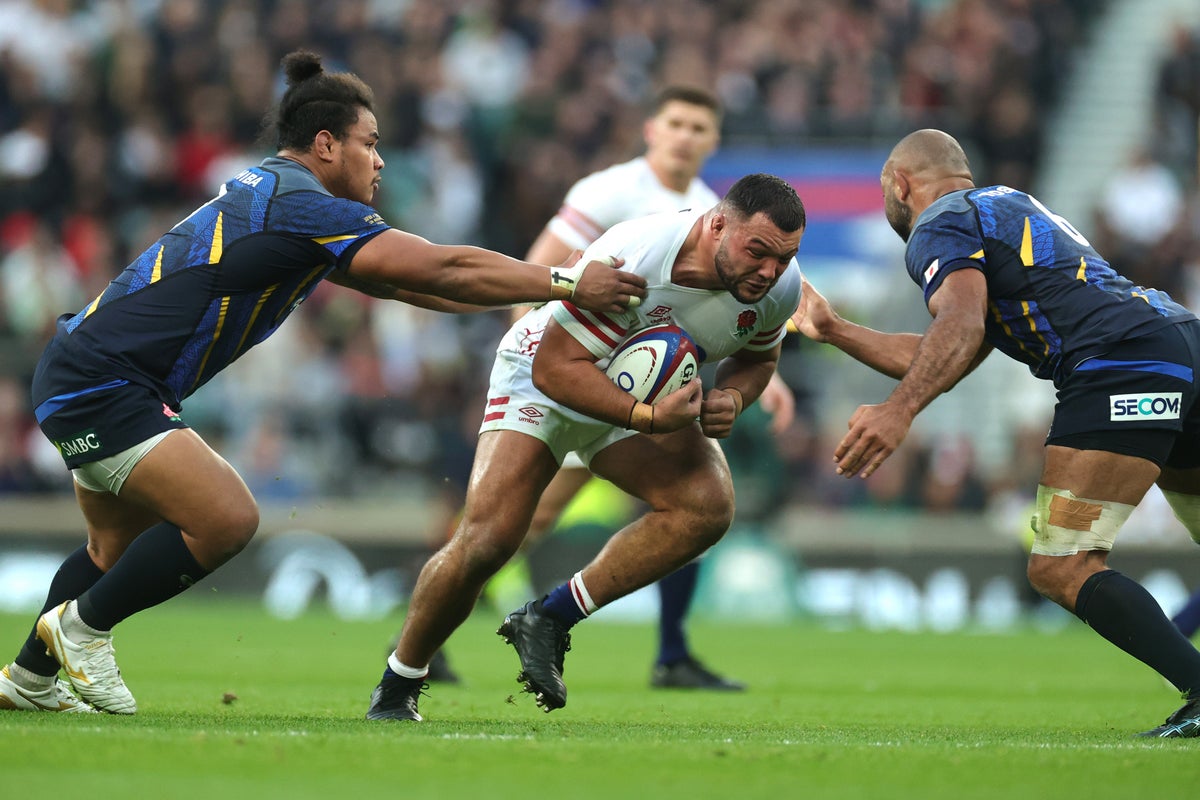 As Manu Tuilagi tore through the All Blacks for one of England’s greatest single victories, a 17-year-old Genge watched on through the pain from a Devon caravan park.

A decade later, Genge the accomplished England prop is determined to leave the All Blacks down in the mouth at Twickenham on Saturday.

“I was in Torquay at a caravan site watching it with my Dad,” said Genge.

“I had a tooth infection. I suffer with that sort of thing relatively badly, so I was in a foul mood.

“But it was good to watch. And I do remember that game quite clearly.

“Manu ran amok didn’t he? I do remember, but it didn’t put me in a better mood.”

A decade on from Genge’s Torquay toothache, England are still trying to coax that level out of Tuilagi on a regular basis.

The Sale wrecking-ball centre will win his 49th cap when England host New Zealand on Saturday, in a career punctuated by serious injuries and protracted recoveries.

Tuilagi was back to his best the last time England met the All Blacks, for the 19-7 victory over New Zealand in the 2019 World Cup semi-finals.

No weights and careful soft-tissue muscle management have Tuilagi looking lean and mean again, but the All Blacks challenge will be both his and England’s acid test this weekend.

Genge has never faced New Zealand at Test level, and cannot wait to break that duck on Saturday.

The Bristol prop will relish facing the Haka – then expect a major physical confrontation.

“Some of the boys have said that what shocks you, although you know they have this silky skill-set and some of the best ball-handlers in the world, actually, they can whack as well,” said Genge.

“So I’m looking forward to it.

“They have always been brilliant in the lineout and their scrum is hard again now.

“I’m just excited. You grow up watching these games with some of the best players to ever play the game. I just can’t wait to test myself against the best.”