A World Series moment 66 years in the making, plus is this the beginning of end for Dan Snyder? 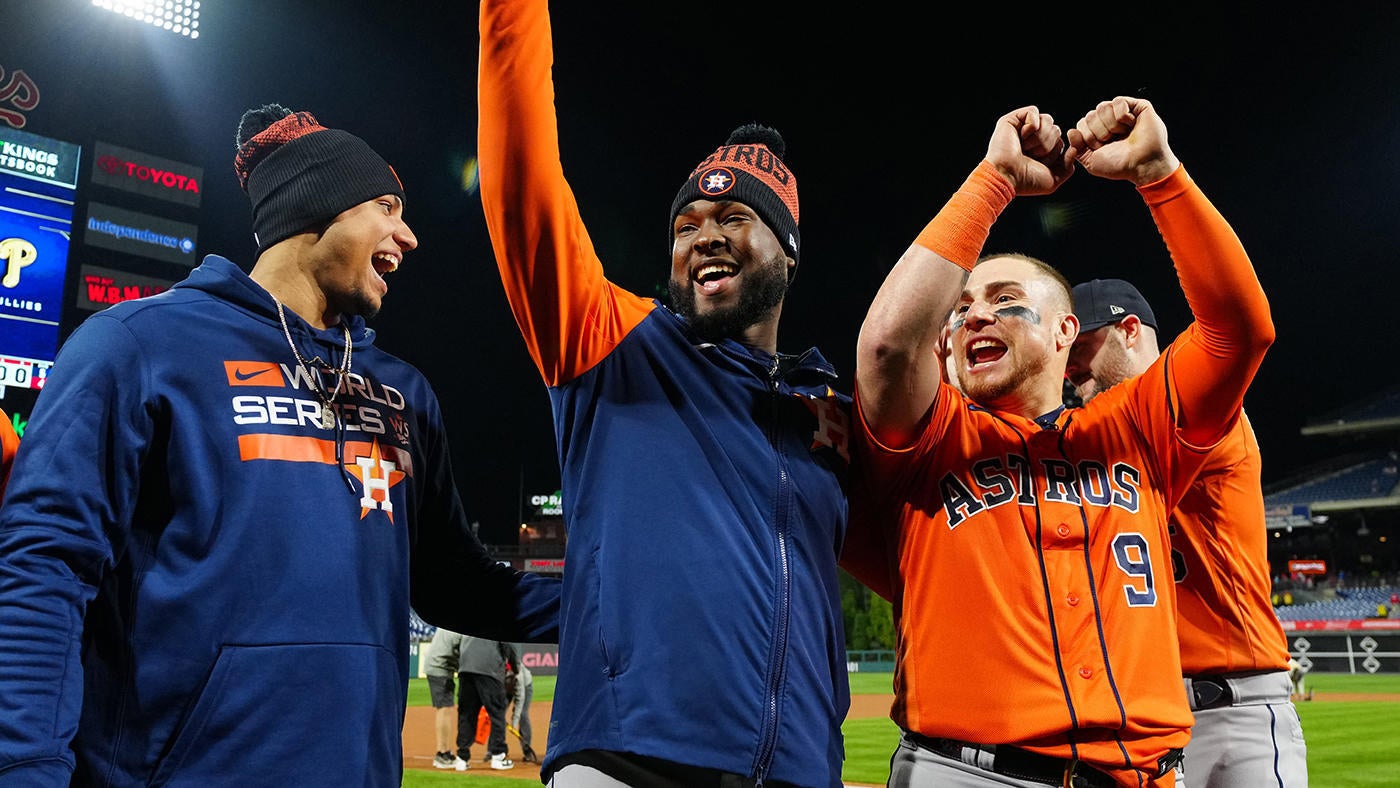 The Houston Astros threw just the second no-hitter in World Series history last night, and they flexed their team-wide pitching muscle while doing so in a 5-0 victory over the Phillies that evens the series at two games apiece.

Javier threw six innings, the longest individual no-hit bid in a World Series since Jerry Koosman in 1969. Javier struck out nine and walked two. After the game, Javier said his parents predicted the no-hitter.Javier has not allowed a run as a starter since Sept. 7 (he allowed one in relief earlier this postseason). Over his last six starts (regular and postseason), Javier has thrown 34 1/3 innings, and allowed a .113 batting average.For his part, Phillies starter Aaron Nola was great for four innings but fell apart in the fifth, loading the bases with no outs. José Alvarado couldn’t wriggle out of the jam, as the Astros scored all five of their runs in the frame.

For Javier, it’s the personal highlight of what has been an amazing season:

Obviously Larsen’s individual perfect game is the gold standard when it comes to Fall Classic pitching, but Houston’s team effort was simply marvelous. Javier threw his fastball on 70 of his 97 pitches. Then came Abreu, who used his wipeout slider to get two strikeouts and a 99.7-mph fastball to get the other. Then came Montero — who threw almost exclusively fastballs — and then Pressly, who didn’t throw a single one.

With his team down two games to one against a Phillies team that hadn’t lost at home this postseason, Javier delivered a performance for the ages, writes MLB reporter Matt Snyder. Every once in a while, we as sports fans get lucky enough to see a historic moment. Last night was one of those.

Tonight’s Game 5 will feature Justin Verlander hoping to follow in Javier’s shoes. Noah Syndergaard will get the ball for Philadelphia.

And not such a good morning for…

BILL SELF AND THE KANSAS JAYHAWKS

Kansas men’s basketball has suspended head coach Bill Self and top assistant Kurtis Townsend for the first four games of the season and self-imposed recruiting restrictions amid an ongoing investigation from the Independent Accountability Resolution Process (IARP).

This dates all the way back to 2017, when the NCAA started investigating Kansas after the Jayhawks were mentioned in the FBI’s investigation of bribery and corruption in college basketball. KU received its Notice of Allegations from the NCAA in September 2019 that included multiple Level I violations — the harshest in the NCAA rulebook — regarding recruiting improprieties, a lack of institutional control and a head coach responsibility charge levied against Self.

Self and Townsend were already held off the recruiting trail this summer, and the program announced the following on Wednesday:

While Kansas seems to be admitting some guilt here, the Jayhawks may also be doing this with the hope of avoiding a postseason ban, writes college basketball expert Kyle Boone.

Details are scant beyond that. It’s unclear what transactions — potentially selling the franchise or seeking minority owners — are being considered. Snyder bought out all of the minority stakes last year.
The Commanders are valued at $5.6 billion, sixth-highest in the NFL. Snyder has reportedly received calls from at least four interested groups. Should Snyder sell, it would likely be the largest sale in NFL history.This news came on the same day it was reported that the U.S. attorney’s office has opened a criminal investigation regarding the team’s finances.

Snyder has owned the team since 1999, and since then, not only has the team struggled on the field, but the organization has been rife with off-field issues as well. Mary Jo White is currently investigating the team for a variety of issues, including workplace misconduct, sexual harassment and financial improprieties.

The news of Snyder exploring “potential transactions” comes just a few weeks after Colts owner Jim Irsay said “there’s merit” to removing Snyder as owner in light of an explosive report that said, in part, that Snyder has defied punishments from Roger Goodell and is supposedly collecting “dirt” on other owners.

The Philadelphia Eagles have never been 8-0 before. They’re 60 minutes away from changing that. The Eagles take on the Texans tonight in a game that features arguably the best and arguably the worst team in the NFL.

The Eagles currently have the second-shortest odds (+500) to win the Super Bowl, only behind the Bills. The Texans, at +100,000, are tied for the longest odds.Jalen Hurts ranks in the top five in nearly every major statistical category, including yards per attempt (second), passer rating (fifth) and interception rate (third). Davis Mills, meanwhile, ranks 29th, 26th and 24th in those respective categories.Philadelphia is tied for third-best in yards per game allowed. Houston is third… worst.

Long story short, there’s a reason the Eagles are huge favorites. But can they cover a 13.5-point spread? Betting expert Jordan Dajani says…

For more on this game, check out our full preview

I may be a long way removed from grade school, but I still remember the heart-pounding nature of report cards. You couldn’t wait to bring a good one home to mom and dad. You couldn’t stand to show them a bad one. For NFL teams, there’s still over half a season to improve — or, on the other hand, to fall apart — as our Jeff Kerr hands out his midterm grades for every team.

Let’s start with the good. Nine teams earned “A” grades, including, unsurprisingly, the Bills.

Kerr: “A+ — They’re top three in scoring offense, scoring defense, yards per game and yards allowed. They have an explosive pass offense and a defense that can stop the run and the pass. Their one weakness is at running back, yet Buffalo hasn’t had a game under 100 yards rushing this year (125-plus yards in three of the last four games). The Bills even eliminated their losing streak in one-score games, winning two straight against the Ravens and Chiefs.”

On the other end, six teams are failing so far, including the 3-5 Broncos.

Kerr: “The Broncos having the 31st-ranked scoring offense with Russell Wilson at quarterback is unacceptable. Nathaniel Hackett looks out of his realm as a head coach, not able to maximize what Wilson can provide to an offense. Keep in mind the Broncos paid $245 million to a quarterback who commands an offense with just six touchdown passes (30th in NFL) and is 31st in points per possession.”

You can check out every team’s grade here.

Not much can stop the Boston Bruins right now. Not injury, and certainly not (most) other NHL teams. The Bruins are a ridiculous 9-1-0 to start the season, with their only loss coming over two weeks ago against the Senators.

Thanks to the hot start, Boston finds itself atop our NHL expert Austin Nivison’s Power Rankings.

Nivison: “Brad Marchand made his return to the Bruins last week and immediately notched three points in a 5-1 win over the Red Wings. Boston is clicking in every facet of the game, and it is still nowhere near 100% yet. Any criticism of the Bruins to this point would be nitpicking, and they are the undisputed No. 1 team in the NHL right now.”