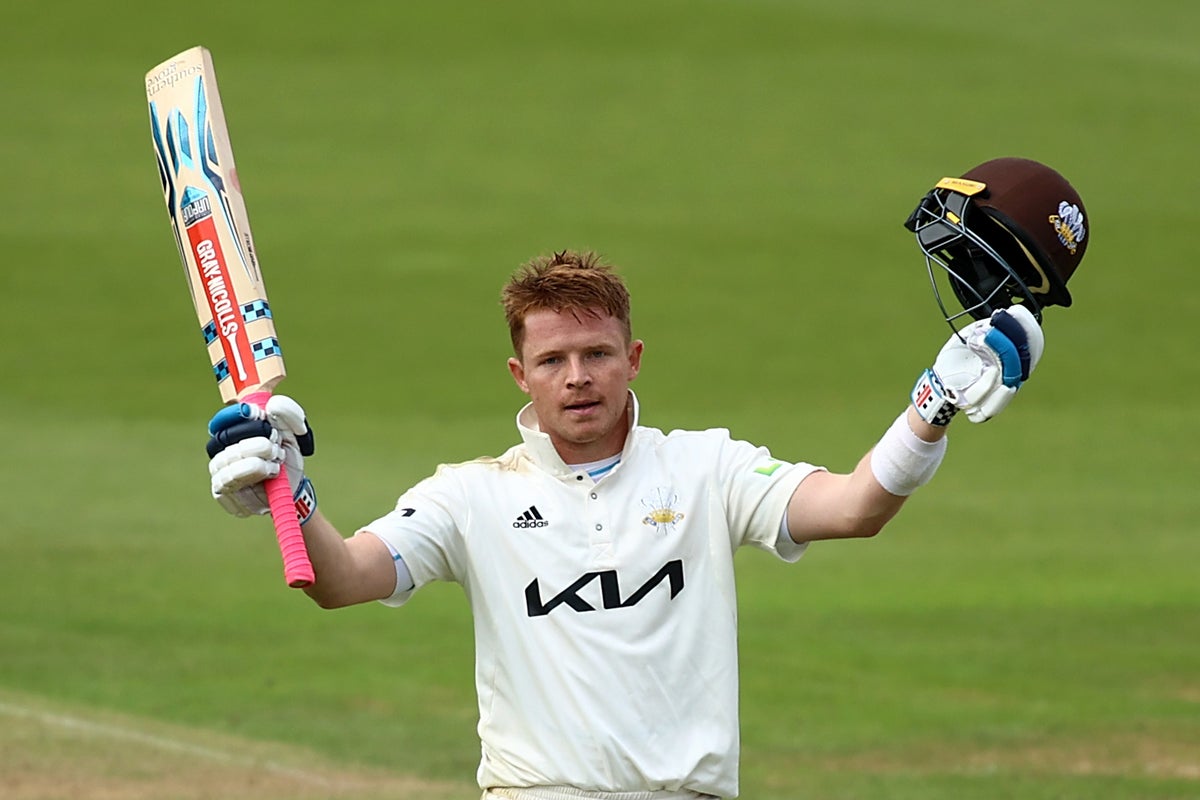 llie Pope hit a brilliant 136 as Surrey made a strong start against Yorkshire in their penultimate County Championship match of the season.

England’s No3 helped his side recover from 136-5, reaching his century off 102 balls, as they reached the close at 292-6 on day one at the Oval. Pope was eventually bowled by Steve Patterson, who took four wickets.

Yorkshire put Surrey in to bat in south London and Ben Coad quickly got Rory Burns for a duck, while the in-form Hashim Amla was dismissed for just 14.

Ben Foakes and Cameron Steel fell in the space of three balls, bringing Jordan Clark to the crease. He put on 142 runs with Pope for the seventh wicket, and made it through to the end of play unbeaten on 55.

Surrey went into the match eight points clear of Hampshire at the top of Division One and will be feeling even more confident of a 21st title after the first day of action.

Hampshire put Kent in at the Ageas Bowl and dismissed them for 165, Ben Compton (63) the only player in the top six to reach double figures.

That proved a formidable total though, as Hampshire were then skittled for 57 inside 17 overs, Joe Weatherley and James Vince both sent on their way for ducks.

The wickets continue to tumble, Mohammad Abbas finding time to take a couple as Kent were reduced to 20-3 at the end of a chaotic first day.

Even more wickets fell at Chelmsford, as neither Essex or Lancashire were able to bat 40 overs in their first innings. Tom Bailey batting at nined top-scored for Lancashire as they made 131, before Alastair Cook scored 40 of Essex’s 107 runs in reply.

Less than six overs had been bowled in the second innings by the time Lancashire found themselves 7-6, ending the day 49 runs ahead with four second-innings wickets in hand.

How to Watch Hallmark Channel Live Stream Online Without Cable

Aaron Judge contract: Predicting what kind of deal Yankees star will get in free agency after historic 2022