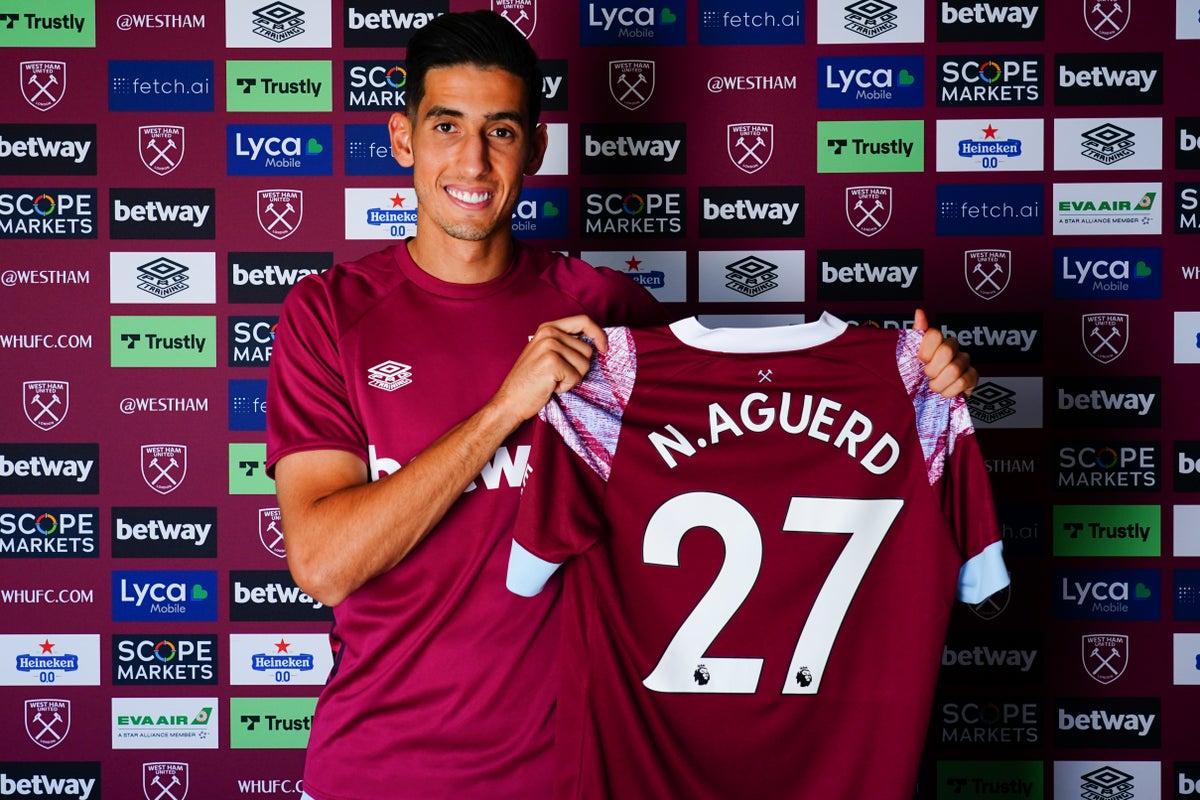 The 26-year-old became David Moyes’ first summer signing ahead of a transfer window in which the Hammers boss is targeting up to six new additions as they prepare for a second season of European football.

Aguerd signed a five-year-contract in east London and arrives for an initial fee of £26.7m, although the deal could rise to £28m should certain add-ons be met.

Moyes had made the signing of a left-footed central defender a priority after Ogbonna’s serious knee injury picked up in November deprived him of natural balance.

Kurt Zouma and Craig Dawson are both right-footed, along with Issa Diop, who could be sold this summer in an effort to raise further funds.

A key figure in the first-team prior to his injury, Ogbonna is likely to stay at the club after West Ham decided to take up the option of activating a one-year extension to the Italian’s contract, which was set to expire at the end of the month.

In a video posted on the club’s official Twitter channel, Ogbonna was seen meeting Aguerd for the first time, telling him he was the “future”.

Standard Sport understands Moyes is now keen on adding a new forward and cover at left-back to his squad now the Aguerd deal has been wrapped up.

Wimbledon 2022: Natela Dzalamidze changes nationality from Russian to Georgian in order to play in tournament

Be a loud sleeper Crossword Clue