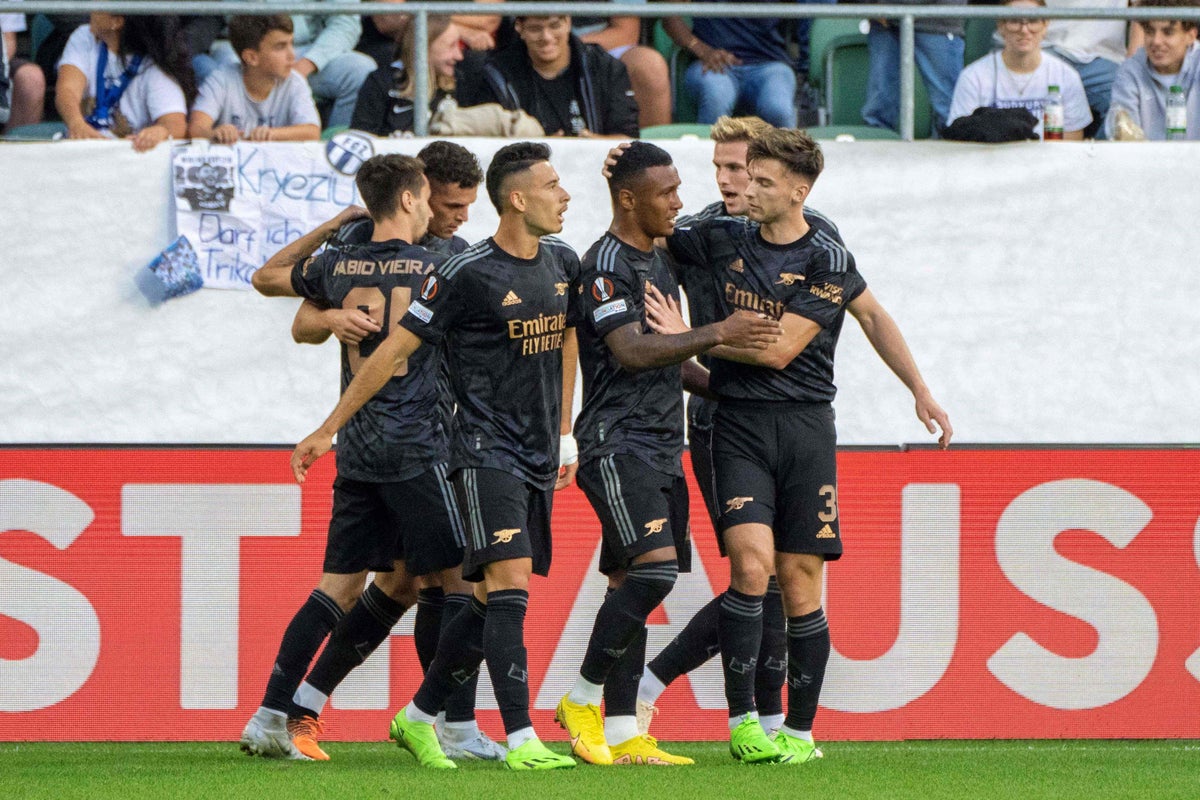 ver the years the Europa League has proved the perfect competition for young Arsenal players to make a name for themselves.

The likes of Bukayo Saka, Emile Smith Rowe and Gabriel Martinelli have all used the competition as a springboard to bigger and better things. Marquinhos will have aspirations of doing the same this season and he made the perfect start against Zurich during a fine debut.

The 19-year-old scored the opening and set up the winner during an excellent 70 minutes or so that showed why Arsenal chose not to loan him out this summer. That was a real possibility when Marquinhos joined the club back in June from Sao Paulo for a fee of just £3million.

The Brazilian was viewed as a player for the future by those at the club, however he caught their eye in pre-season. That prompted manager Mikel Arteta to decide to keep Marquinhos around, until at least January, and give him the Europa League to shine.

On this evidence, the winger plans to do just that.

It’s a well-trodden path for young players at Arsenal. Martinelli, who also joined from Brazil as a teenager, was due to go out on loan in 2019. Instead, then head coach Unai Emery kept him around and Martinelli repaid the faith by scoring three goals in Europe that season.

Marquinhos has a way to go to replicate the path of Martinelli, but he made a good start here in Zurich. He took his goal really well, firing home inside the box after Nketiah had picked him out with a fine cross.

Zurich equalised with a penalty before half-time, however Marquinhos helped Arsenal restore their lad by crossing for Nketiah to head home. A dream ending to a dream debut for the teenager.

When Arteta was speaking about Fabio Vieira the day before this game, he highlighted how versatile the Portuguese is. That was shown here in Zurich with Vieira trusted to play on the right of a midfield-three, where captain Martin Odegaard usually operates.

It was a bold call from Arteta, who had asked earlier in the summer for the under-21s to play Vieira on the right wing. That would have been the safe option, with the 22-year-old given more time and space there to ease himself into the game.

Instead, Vieira was thrown into the middle of the park and he impressed in the role, making some sharp and incisive passes. The pick of those came for Arsenal’s first goal, with Vieira spinning his man and sending Nketiah through to assist Marquinhos.

Arsenal’s defence looked shaky against Zurich, particularly in the first half and during the final few minutes, and that was certainly the case with goalkeeper Matt Turner too.

Making his debut for the club, the American did not look settled early on and was almost caught out trying to play out from the back. Turner was also slow off his line when Zurich countered midway through the first half, with Rob Holding relied upon to make a good block to thwart the attack.

This was the goalkeeper’s debut and as such he should be given time to settle. Early nerves, particularly for the club he supported as a boy, are to be expected and he should learn from this experience.

Turner is seemingly going to start all the Europa League games, certainly the group matches at least, and that should give him time to adjust to his new surroundings.