Arsenal FC must forget the Europa League, they may never get a better chance to win the title 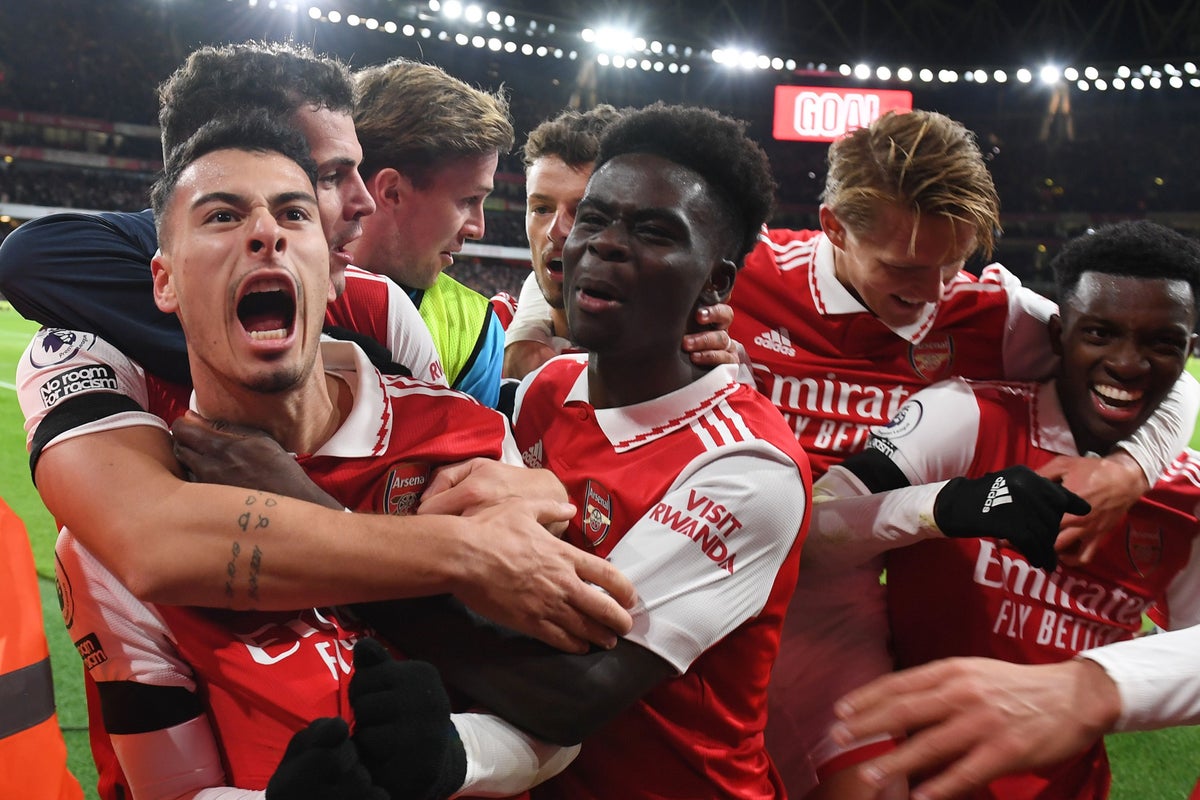 rsenal’s last-gasp win over Manchester United felt like a title-winning moment, a victory to silence the doubters, settle the nerves and flood Mikel Arteta’s squad with belief.

Arsenal are five points clear of Manchester City with a game in hand and, theoretically, they could still lose twice to the champions, who they face in the FA Cup fourth round on Friday and home and away in the League by the end of April, and remain top of the table.

Frankly, Arsenal do not look likely to lose twice to anyone, even a club which overhauled soon-to-be European champions Liverpool from a similar position to win the title in 2019/20 and appear galvanised by their comeback against Tottenham last week.

Given the distorted calendar and sheer amount of football already played this season, it is easy to forget, though, that Arsenal are only halfway through their Premier League campaign.

There is still a long road ahead, littered with potential potholes, and the greatest danger for Mikel Arteta is surely stretching his squad too thin.

As well as facing City in the FA Cup on Friday, Arsenal resume their Europa League campaign in the round-of-16 in March. Win at the Etihad Stadium and the Gunners will be narrow favourites to win a 15th FA Cup — ahead of Manchester United, with Chelsea and Newcastle already out of the competition and Spurs and Liverpool struggling for form.

The Europa League is also very winnable. British clubs always do well in the competition when they actually care and, in the past decade, Chelsea (twice), Liverpool, United (twice), Arsenal and even Rangers have all reached the final.

Arteta’s finely-tuned Arsenal side are better than all of the above and will go into the last-16 with the shortest odds of all remaining clubs to make it to Budapest on May 31.

The question for Arteta is whether he believes Arsenal have enough depth to compete on two or even three fronts in the second half of the most gruelling campaign in history. There are obvious comparisons between Arsenal and Leicester’s title-winning side of the 2015/16 season, both in their dramatic improvement from the previous campaign and in the way they are benefitting from other contenders stuttering.

There is little depth in Arsenal’s: from Saliba to Holding, Elneny cannot replicate Partey’s influence, and Vieira is yet to convince as an understudy to Odegaard

City are (so far) having an off-year, United and Newcastle are promising but continuing to rebuild, and Liverpool and Chelsea are both in transition.

Arsenal are better than Claudio Ranieri’s Leicester but the Foxes’ big advantage seven years ago was their lack of European football.

The Gunners do not have that luxury and when the Europa League resumes in spring, assuming Arsenal are still in a position of strength in the Premier League, the competition will test Arteta’s squad to the limit. While all four Champions League clubs struggled with the intensity of the schedule in the first half of the campaign, Arteta was able to make changes as Arsenal navigated their Europa League group and he has barely had to rotate his XI. Seven Arsenal players have started all 19 Premier League games.

Admittedly, when they have lost players, other have stepped up. Eddie Nketiah, who scored twice against United including a stoppage-time winner, has deputised superbly for Gabriel Jesus, matching the Brazilian’s work rate and goals. Kieran Tierney has played well when filling in for Oleksandar Zinchenko. There is less depth in the spine of Arteta’s team, however. They have added cover at centre-half in Jakub Kiwior but the drop in quality from Gabriel and William Saliba to the young Poland international and Rob Holding is stark.

The same is true in midfield, where Mohamed Elneny cannot replicate Thomas Partey’s influence, and summer signing Fabio Vieira is yet to convince as an understudy to Martin Odegaard. Goalkeeper Aaron Ramsdale would also be a significant loss for an extended period.

Playing his big guns in Europe risks injury or burnout, which could be costly for a run-in which will test the mentality of Arteta’s young squad.

There will be other opportunities to win FA Cups, and winning the Europa League, while a significant achievement, is rarely particularly memorable for top English clubs. It is also a competition that Arsenal will be hoping to avoid for the foreseeable future.

Winning the Premier League title, though, in an era with City, Liverpool and the rest would be a remarkable achievement, particularly given where Arsenal have come from.

Given the sheer ferocity of the competition in the top flight, they may not have a better chance to win an historic crown for many more years.

Arteta might argue that his rebuild has not yet peaked, that Arsenal are now primed for a prolonged stint as challengers, but next season is already likely to be more difficult when they return to the Champions League — and with United continuing their rebuild and Liverpool, Chelsea and possibly Spurs all likely to improve, too.

Unlike Arsene Wenger, Arteta is never going to throw any competition by playing the kids and the 40-year-old will be wary that winning is a habit and squandering momentum across any competition is dangerous.

Plainly, however, there is a case that Arsenal should be prioritising the League over everything else, ensuring they capitalise on their position of strength, in spite of the potential weakness in their squad.

The Day Before is delayed to November 2023

Prime minister until his death in 1964 (5) Crossword Clue