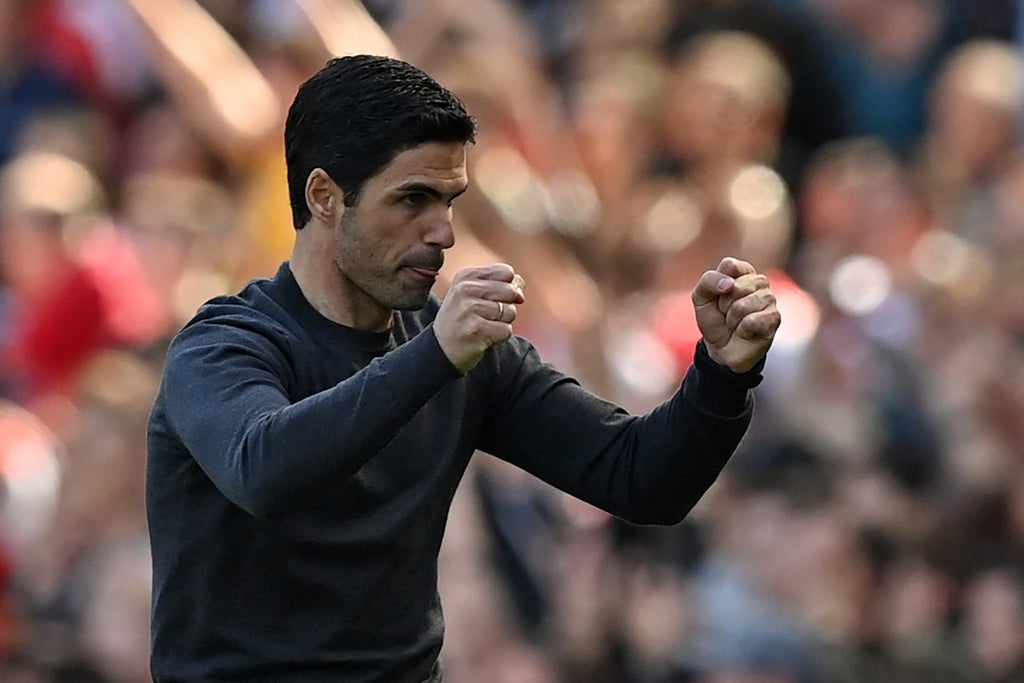 The England international has missed the last two games after suffering with a tight hamstring following the win over Manchester United at the Emirates.

A regular starter up until that point, the 24-year-old has played in every minute of every Premier League game for which he has been available since his £50m move from Brighton over the course of the summer.

Three points away at Spurs would secure a return to the Champions League for Arteta’s young side, perhaps ahead of schedule, in what could well be a coming-of-age campaign.

Heading into the north London derby without White, however, would be far from ideal.

While Rob Holding has performed admirably during the wins over West Ham and Leeds, Arsenal are already without Kieran Tierney and Thomas Partey, and will need all the help they can get as they travel to their bitter rivals.

Speaking after the win over Leeds, Arteta sounded hopeful of having the defender available.

“I think so,” he said when asked if White would make the game.

“He’s been starting to do a little bit of work now on the pitch and we want everybody available because we know that game is so important.”

How to Watch NBC Sports Washington Without Cable