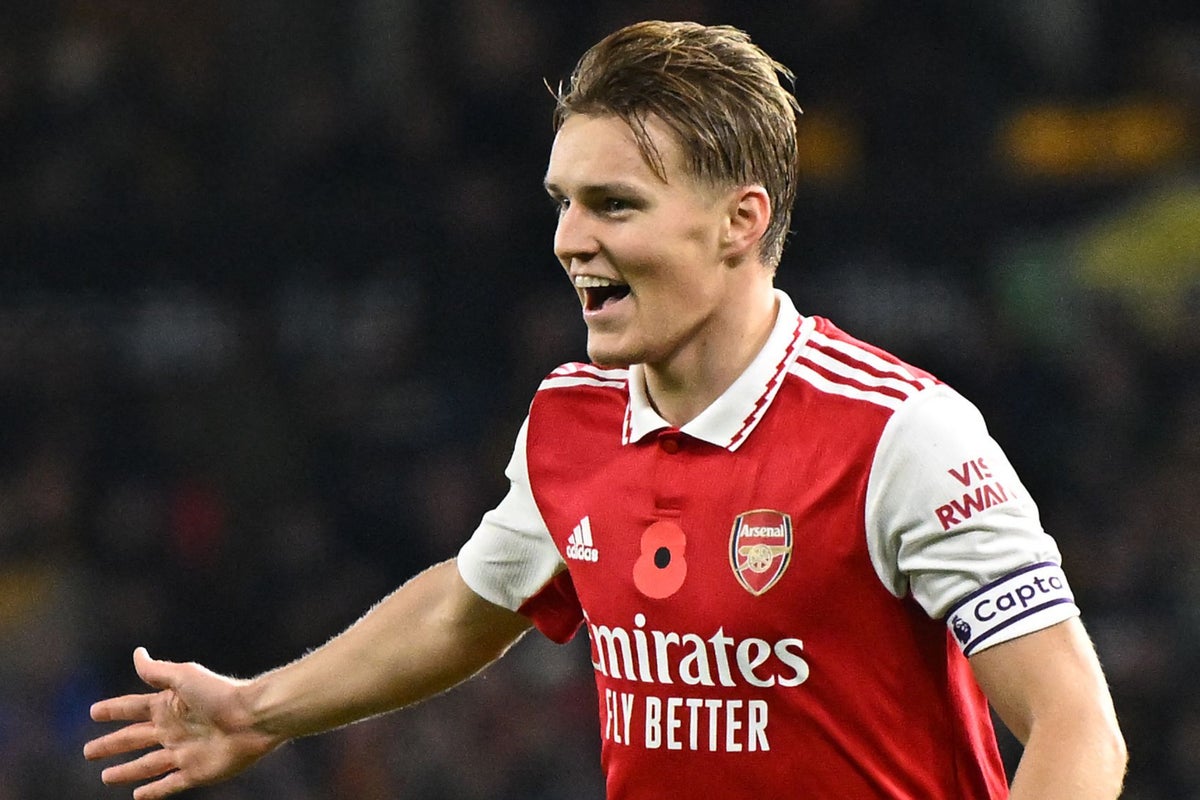 The Gunners went into the game at Molineux two points clear of Manchester City and knowing they’d be top on Christmas Day after Pep Guardiola’s side lost at home to Brentford.

Arsenal struggled to breakdown Wolves in the first-half, as the hosts were disciplined and organised, with their back-five working well.

The Gunners found a way through, though, with Martin Odegaard scoring twice after the break to put them five points clear of City.

Simon Collings was at Molineux to see Arsenal in action…

Had little to do on the night, but what he did have to deal with he did so very well. Made two brave saves when Adama Traore was through.

He has been brilliant in the first half of the season, however he was a little off it tonight. Connection with Saka wasn’t quite what it can be. Solid in defence, though.

Had one scary moment where his back-pass to Ramsdale was intercepted. Other than that, he had a solid game and dealt with Traore’s physicality. Lucky to not give away a penalty.

Made two vital blocks in the first-half and that summed up his performance. Seemed to relish the physical battle with Traore.

Enjoyed plenty of possession as he tucked into midfield and Wolves allowed Arsenal to have the ball. Did well for Arsenal’s second goal by overlapping out wide.

Struggled to make an impact in the first-half as the Wolves defence was so deep and congested. Went up a level after the break, though, and scored twice.

Not as good as he was against Chelsea last week. Still had a solid enough game, though, breaking play up in midfield and keeping Arsenal ticking over.

Only lasted 15 minutes as he had to come off. Appeared he was ill and was taken off for Vieira.

By his standards he wasn’t at his best. Failed to link up with White as well as he usually does. Did cause some problems when allowed to cut inside.

His goal drought extended to 11 games but he was so close ending it, hitting the bar in the first-half. Overall game was good, particularly defensively when tracking back.

Denied the kind of space he usually operates well in, but he had a decent game nonetheless. Tried to cause problems by cutting inside and did so by having a big hand in Arsenal’s second goal.

Struggled when he first came on as the game seemed to be passing him. Improved after the break and setup Odegaard’s goal with a lovely dinked cross.