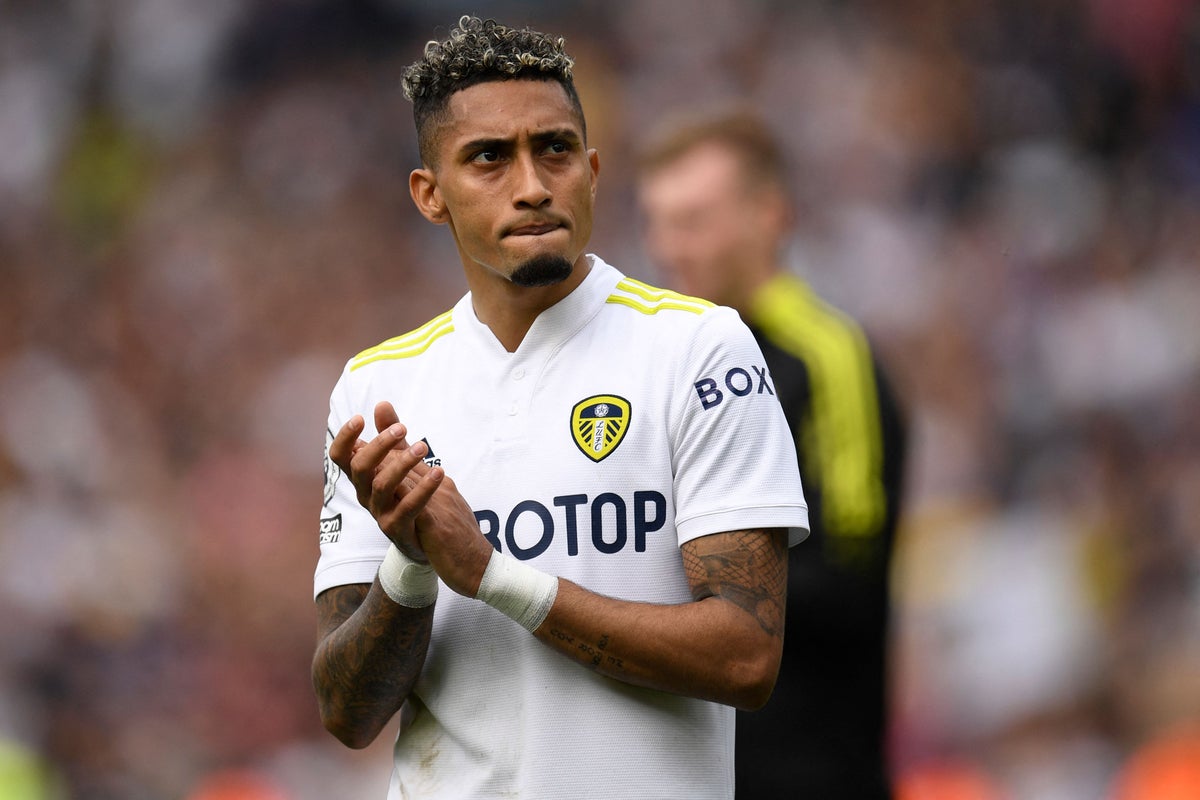 rsenal continue their attempts to bolster a squad that became worryingly thin by the end of the season.

The arrival of Fabio Vieira has certainly helped address that problem, and reports continue to suggest that Gabriel Jesus and Raphinha could be following him to the Emirates.

Another midfield signing is likely to be on the agenda before the window shuts later in the summer, as Mikel Arteta assembles a squad he hopes will be able to make a charge at securing Champions League football.

The battle to sign Raphinha drags on, with Chelsea and Tottenham just two of the clubs rivalling Arsenal for the Brazilian’s signature.

Barcelona have been put forward as the preferred option for the Leeds winger, but that could all change should Ousmane Dembele remain at the Nou Camp as is now being reported.

Cadena SER claims that the Frenchman would prefer to stay at Barcelona, rather than move elsewhere on a free transfer this summer, though it remains to be seen whether an agreement can be reached over Dembele’s wages.

Should he stay though, a move from Barcelona for Raphinha is unlikely and Arsenal would have one less rival bid to contend with.

After a few loan spells away from the Emirates, William Saliba looks set to finally get the chance to prove himself at the Emirates.

But that hasn’t stopped Marseille trying to bring the defender back to France on a permanent deal.

Foot Mercato reports that the club have enquired about signing Saliba, after an impressive loan spell, but the Gunners are not interested in letting the 20-year-old go.

Juventus midfielder Adrien Rabiot could be a potential option for the Gunners this summer.

Arsenal are keen to add to their ranks in that position and, according to The Telegraph, Rabiot has told Juventus that he wants to join a Premier League club. It’s believed an offer in the region of £15million would be enough for the Italian club to sell.

The Gunners have been linked with the 27-year-old in the past and he may be a player that is increasingly linked with a move to north London in the coming weeks.

How To Make Wallpaper Engine Start On Startup