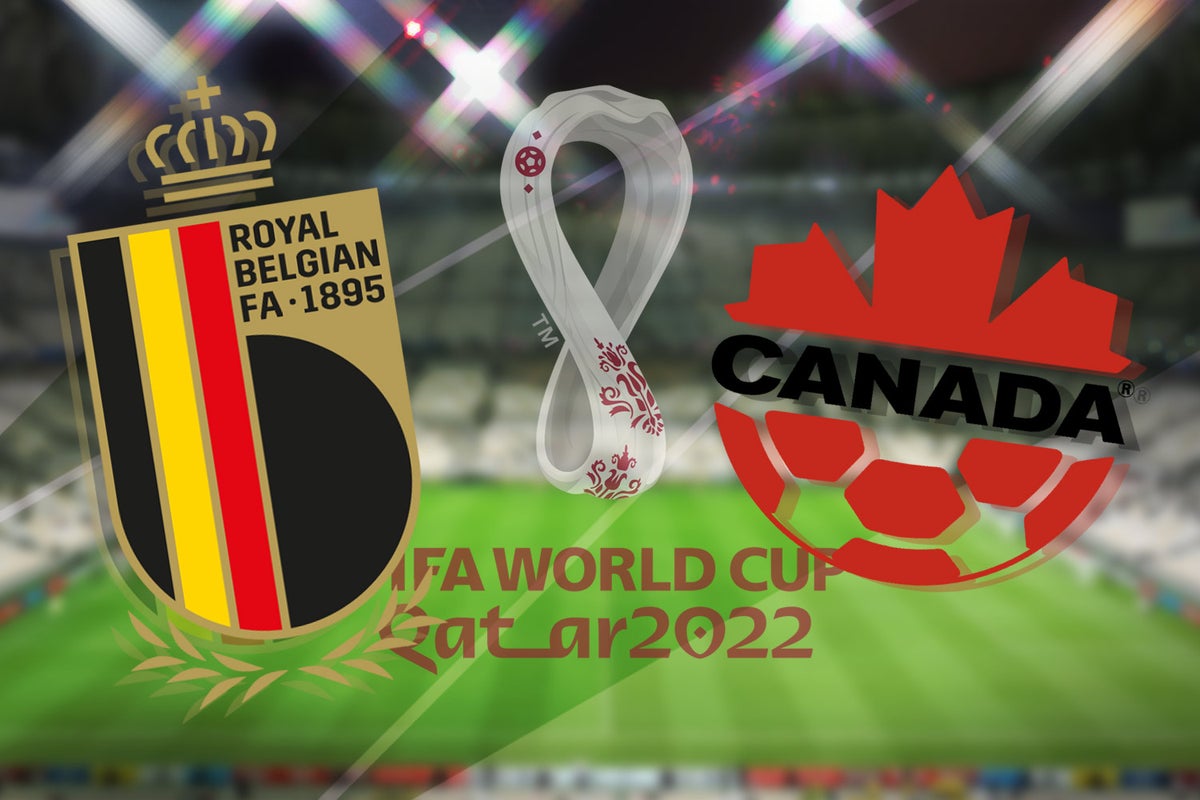 The great ‘Golden Generation’ of Belgium talent is surely entering its end game, while Canada are making their first appearance since 1986.

A talented young side riding the crest of a wave right now, the likes of Alphonso Davies and Jonathan David offer real quality and pose questions of an ageing Belgian defence.

Still, it must be said that Roberto Martinez’s side finished third in Russia 2018, narrowly beaten by eventual winners France. Such is the level of quality in their squad, it’s hard to ever truly write them off, despite the feeling that time is running out.

Here’s everything you need to know about the game…

The Ahmed bin Ali Stadium in Al Rayyan will host.

Where to watch Belgium vs Canada

TV channel: The game will be broadcast free-to-air on BBC One, with coverage starting at 6.30pm.

Martinez started Eden Hazard alongside Michy Batshuayi up front for the loss to Egypt, with Romelu Lukaku still not fully fit.

The Inter forward is facing a race against time to be fit for the opener.

Race against time: Romelu Lukaku might not be fit for Belgium’s World Cup opener

Canada star Davies, meanwhile, was another injury concern ahead of the World Cup and may not be ready for the opener.

Canada have such momentum heading into this one, it’s difficult to look past them against a Belgium team who’s best days are largely behind them.

Belgium beat Canada 2-0 in their only previous meeting, a 1989 friendly held in Ottawa.

Dribble Handoff: Preseason college basketball predictions off to a bad start in 2022-23 season