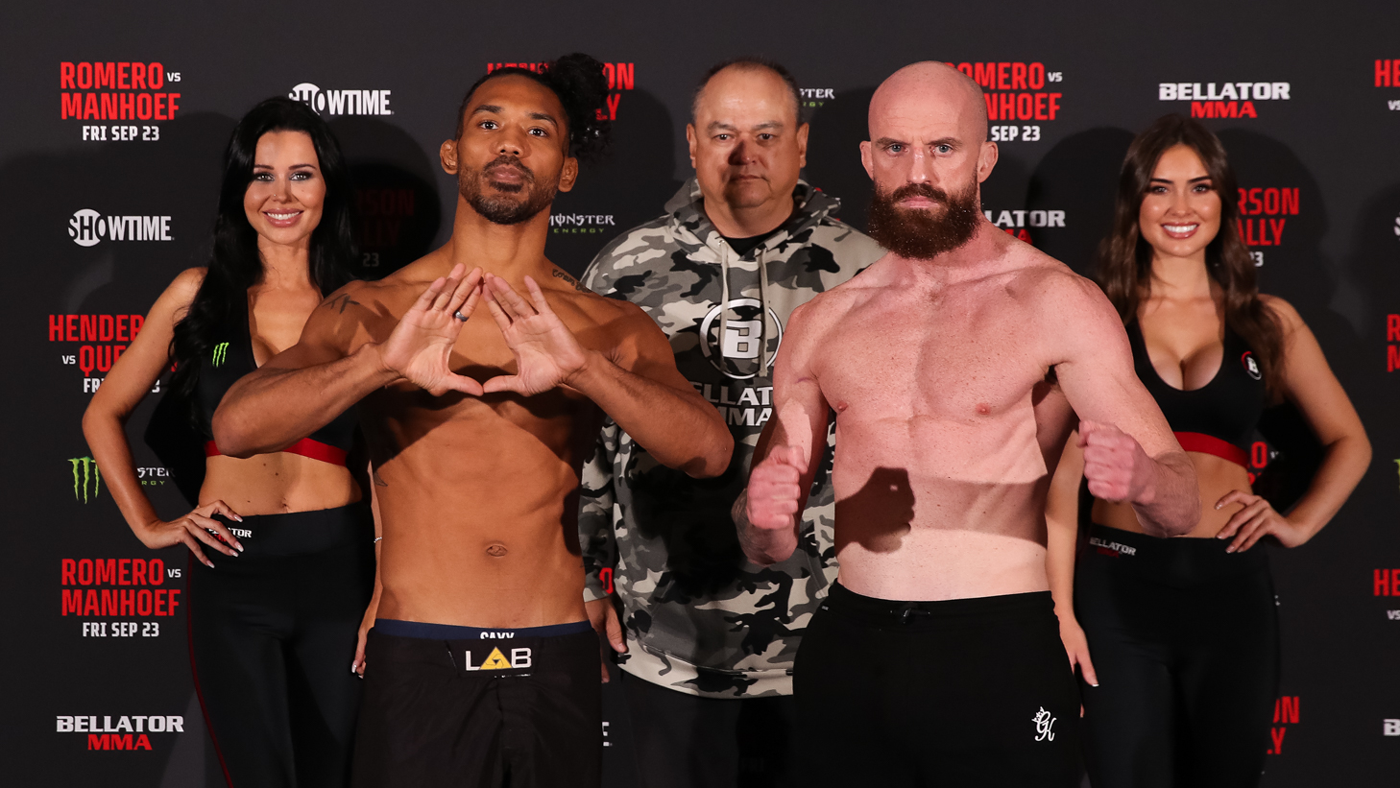 Benson Henderson and Peter Queally could find themselves on the shortlist of lightweight title challengers with a win at Bellator 285. Henderson enters enemy territory against the Irishman at Bellator 285 inside 3Arena in Dublin on Friday.

The Henderson (29-11) experience has been a mixed bag under the Bellator MMA banner. The former UFC lightweight champion is 6-6 since jumping promotions on the strength of wins over Brandon Thatch and Jorge Masvidal. A crucial win over Islam Mamedov (21-2-1) in January put “Smooth” on the right track and earned him the No. 3 spot in the division. Usman Nurmagomedov is the only clear contender ahead of Henderson and a win over Queally, who has a doctor stoppage victory over champion Patricky Pitbull, positions him well in what is likely the last run of his career.

“This is the last four fights of my career,” Henderson said at the Bellator 285 media day. “Give it all I’ve got, the best I’ve got. After that, I’m done, and then it’s my wife’s turn. Give her a chance to be a world champion. I’ll pick up the kids from school, take them to chess practice, make meals; I’ll do all that stuff. It puts that much more pressure: for the rest of my life, I’ve got four left. I think it adds more pressure, but I always add more pressure to myself to get the most out of myself.”

A win by any means necessary is imperative if Queally (13-6-1) wants to remain relative at lightweight. A second-round doctor stoppage over Patricky elevated him into the main event scene. A second-round TKO loss in the lightweight title rematch snuffed out any fanned flames. The impression among some is that Queally won the first fight on a technicality and Patricky proved to be the superior fighter in the rematch. Beating an aging and inconsistent Henderson is paramount if Queally cares to combat that criticism.

“I was sad for a week just moping around the house,” Queally told CBS Sports about the second Patricky fight. “I was so sad because — losing is losing, I’ve lost many times in life as everyone has — why I was so sad about that one is because I had beaten him. All the odds were in my favor going into this next one. I had beaten him. It was now five rounds instead of three which would suit me. All the things that had changed were in my favor. I felt it was really set up for me to beat him. Even the fight itself was going perfectly, I thought, until it wasn’t… I think I got a little bit too confident. I thought he was fading sooner than he was and I dived in with that right hand and he made me pay for it and that was it.

“I think if the dominos fall in my way, it’s an immediate rematch. Or at the very worst, I have one more fight and then it’s obvious. I think if I get a bit of luck and things go my way, I could fight Patricky right after this one.”

The co-main event should be fun and messy for as long as it lasts. Multi-time UFC title challenger Yoel Romero measures his otherworldly power against Melvin Manhoef, the most prolific knockout artist the sport has ever seen. Romero is a freak of nature: he won a silver medal in freestyle wrestling at the 2000 Summer Olympics and is knocking out fighters 15 years his junior 22 years later. No one in the sport is a more consistent knockout threat than Manhoef. The 50-fight veteran, who anticipates retirement on Friday night, holds the highest knockout percentage for any professional fighter with at least 15 fights — an absurd 91% with 29 KOs in 31 victories.

Here’s the fight card for Bellator 285 with the latest odds from Caesars Sportsbook.

Benson Henderson vs. Peter Queally: The game has caught up to Henderson, but his style still makes for complicated fights. Henderson fights from range with long kicks and avoids damage. His longevity in the sport is a credit to his ability to avoid being hit clean — he’s only been stopped from strikes twice in 40 professional fights. This point-fighting style has its drawbacks. A third of Henderson’s Bellator bouts have ended via split decision with only one benefitting him. Queally is very much a late bloomer in the sport. It took him six years to find his knockout power, but he has managed to find it a few times since. Despite the top 10 ranking next to his name, it’s too soon to sense how high Queally’s ceiling is. He is only 2-2 in Bellator with the first Patricky Pitbull fight lacking true decisiveness. Former UFC champion Rafael dos Anjos is the only person to properly KO Henderson. I don’t suspect Queally has the consistency to stop Henderson or the style to beat him in a decision. Henderson via UD

Belgium vs Wales live stream: How to watch Nations League game FOR FREE in UK today

How to Watch Alaska-Anchorage at Colorado College in College…