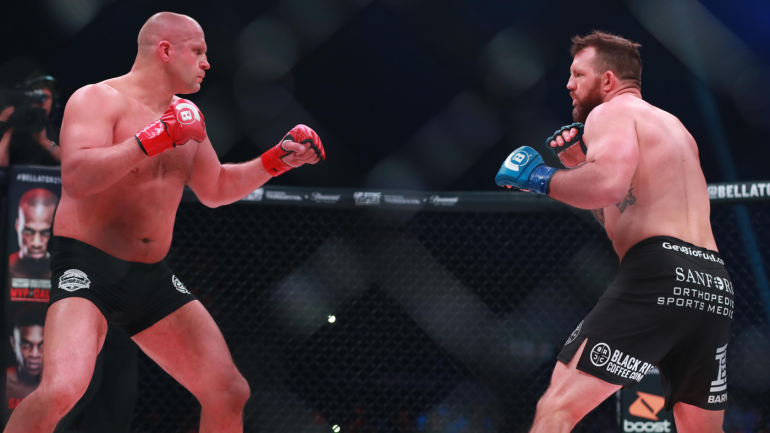 Bellator kicks off its 2023 calendar with a loaded Bellator 290 card from Kia Forum in Inglewood, California on Saturday, Feb. 4. In the main event, an MMA legend returns to the cage for what may be the final time in his career when Fedor Emelianenko challenges Ryan Bader for the heavyweight championship.

Emelianenko, a former PRIDE champion, is one of the greatest heavyweights in MMA history. He faces Bader, who has held the title since winning it in January 2019 — the same time as he held the light heavyweight title. While he lost his title at 205 pounds, Bader has made two successful title defenses.

The pair met once previously, with Bader knocking out Emelianenko in just 35 seconds when they met in the finals of the Bellator Heavyweight Grand Prix.

There’s another championship fight on the card as undefeated Johnny Eblen defends his middleweight title against Anatoly Tokov. The fight is Eblen’s first defense since winning the belt with a dominant performance against Gegard Mousasi in June 2022. Tokov has won seven straight since debuting in Bellator, five of those wins coming by stoppage.

Check out the rest of the fight card below as well as how you can catch the action from the Kia Forum.

Takes on as an identity 7 Little Words Answer

The name for the handle of a knife or spear, hilt. Crossword…