Ben Simmons finding form just in time for return to Philadelphia, where all eyes will be focused on Tuesday 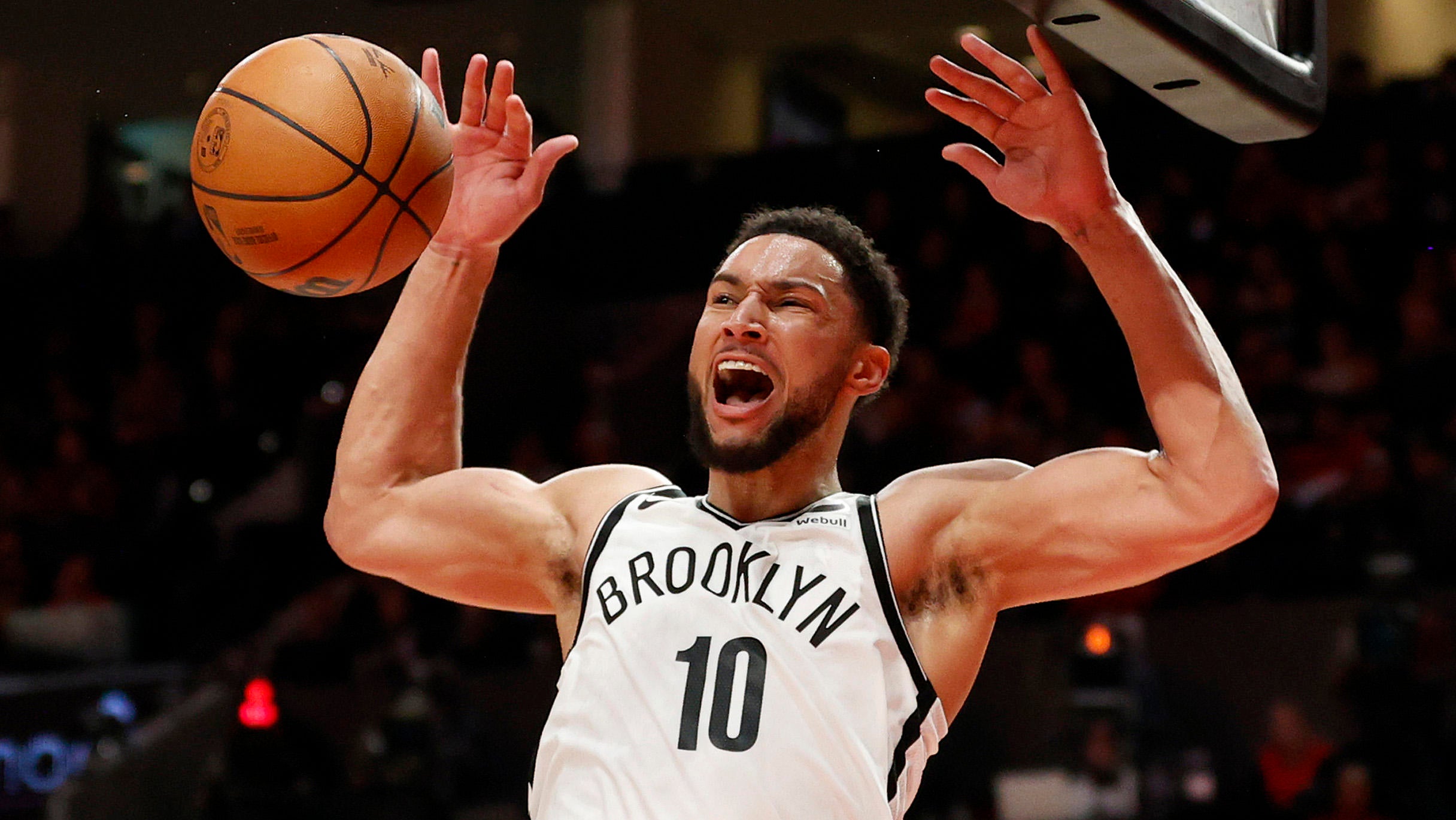 After Ben Simmons put up 22 points, eight rebounds and five assists in Brooklyn’s 127-115 win over the Grizzlies on Sunday, he was asked if he thought, just maybe, that enough time had passed since his Sixers departure that he might not be met with quite as much hostility in his return to Philadelphia, where the Nets are slated to play on Tuesday night.

Indeed, everyone knows what’s coming. Simmons is going to be bombarded, probably every time he touches the ball, with a biblical rain of boos. That’s what you’ll hear on TV, at least. Simmons will hear a lot worse. That crowd is going to be on fire. Hopefully, for Simmons’ sake, that fire will burn out at least a little bit once the first wave of fury wears off and the crowd settle into the game.

Just in case it doesn’t, however, Simmons is in about as good a place as he could’ve hoped heading back to the NBA roots that, in the eyes of Philly fans, he ripped straight from the earth. I don’t want to speculate on what’s going on inside anyone’s head, but as Simmons looks and sounds from the outside, he appears to be at ease. Confident. As far as basketball is concerned, he should be. He’s suddenly playing like his old, All-Star self.

“Immediately, you saw a force that he played with,” Nets coach Jacque Vaughn said after Sunday’s win. “His attack of the rim, and it was a relentless attack toward the rim. And really just spraying the basketball, the pace that he created for us tonight, it’ll make it hard for people to guard us.”

Over his last two games, Simmons has registered 37 points, 21 rebounds and 12 assists. As broken down here, Simmons, as Vaughn eluded to, is forcing a faster tempo whenever the opportunity presents itself, either rebounding and going himself or taking the outlet pass and pushing. He’s finding open 3-point shooters against scattered, backpedaling defenses. He’s attacking the space in front of him as a scorer, flowing into early offense post-ups (he started his night with a sweet right-handed jump hook against Memphis) and driving downhill and finishing through contact when defenses give him a runway.

In the half court, he’s screening and rolling hard, making himself a real threat, which demands the attention of the big to shift in his direction, which, in turn, clears a lane for the handler to finish. This got Durant a bucket against Portland on Thursday.

On the flip wide, when bigs ignore Simmons as the roller to flock to Durant, he’s got a free lane himself.

Simmons started at center for the Nets and was overmatched trying to hold his ground against Steven Adams, who’s probably the strongest guy in the league. But that’s a roster problem. Simmons and Nic Claxton playing together kills the spacing, and with Kyrie Irving back in his starting spot, the Nets went with Simmons as the starting big given the momentum he’s starting to build, believing the positives would outweigh the negatives. It worked. Brooklyn outscored Memphis by 19 points with Simmons on the floor.

Durant isn’t surprised, either: “I expect this from Ben,” Durant said. “So when he plays well I’m not going to get excited about it.”

In other words, keep this up. Because a few games doesn’t mean anything. The Nets need this Simmons for the remainder of the season and into the playoffs. It’s the only chance they have to compete for a title. But for now all eyes shift to Tuesday night, when one of the most anticipated NBA reunions in recent memory is set to go down on national television (TNT, 7:30 ET). Simmons is playing well, and maybe the Nets are finding their stride. They’d love to keep this a business trip, but this will not be business as usual.

How to Spend Black Friday on the Couch Watching Sports

5 Letter Words with ERAB in Them – Wordle Clue

5 Letter Words with EBAM in Them – Wordle Clue

5 Letter Words with EMRB in Them – Wordle Clue