Bill Russell’s Basketball Hall of Fame ring to be sold at auction, could fetch $250,000 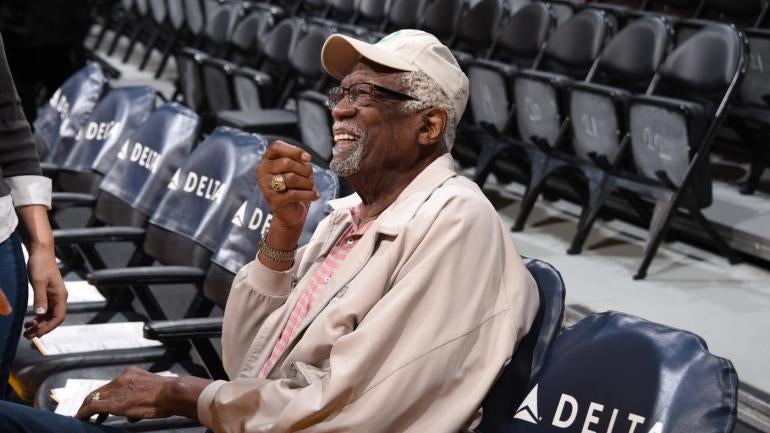 The 1975 Naismith Memorial Basketball Hall of Fame ring belonging to NBA legend Bill Russell is now being sold at auction via SCP Auctions. The ring, which is being sold out of the late Boston Celtics icon’s personal collection, is estimated at approximately $150,000 to $250,000.

The ring features a rendering of the Basketball Hall of Fame spire set in a bed of diamonds, with the spire itself featuring another larger diamond set in the apex. The 12¾-size ring is in barely worn condition, weighing 65 grams and coming in its original black presentation box. Included is a letter of provenance signed by Russell, who died in July at the age of 88.

Russell’s incomparable pedigree in the NBA had made him a lock for the sport’s Hall of Fame, as he won a total of 11 NBA championships — nine as a player and two as a player-coach — during his career with the Celtics. However, when the time came for his Hall of Fame enshrinement in 1975, Russell famously declined to attend his own ceremony. Russell was the first African-American player to ever be enshrined in the Hall of Fame, but he believed that other such players had deserved the honor before him — specifically Chuck Cooper, the first Black player to be drafted into the NBA and a fellow Celtics great.

After Cooper was inducted into the Hall of Fame, Russell finally accepted his ring at a private ceremony in 2019.

The sale of Russell’s Hall of Fame ring continues a string of posthumous honors and recognition for Russell’s life and career. Following his passing, the NBA announced the No. 6 would be retired league-wide in Russell’s honor.

How to Watch Newcastle United vs Brentford: Stream Premier…