BMW PGA Championship: Two-minute silence held in memory of the Queen before play resumes at Wentworth 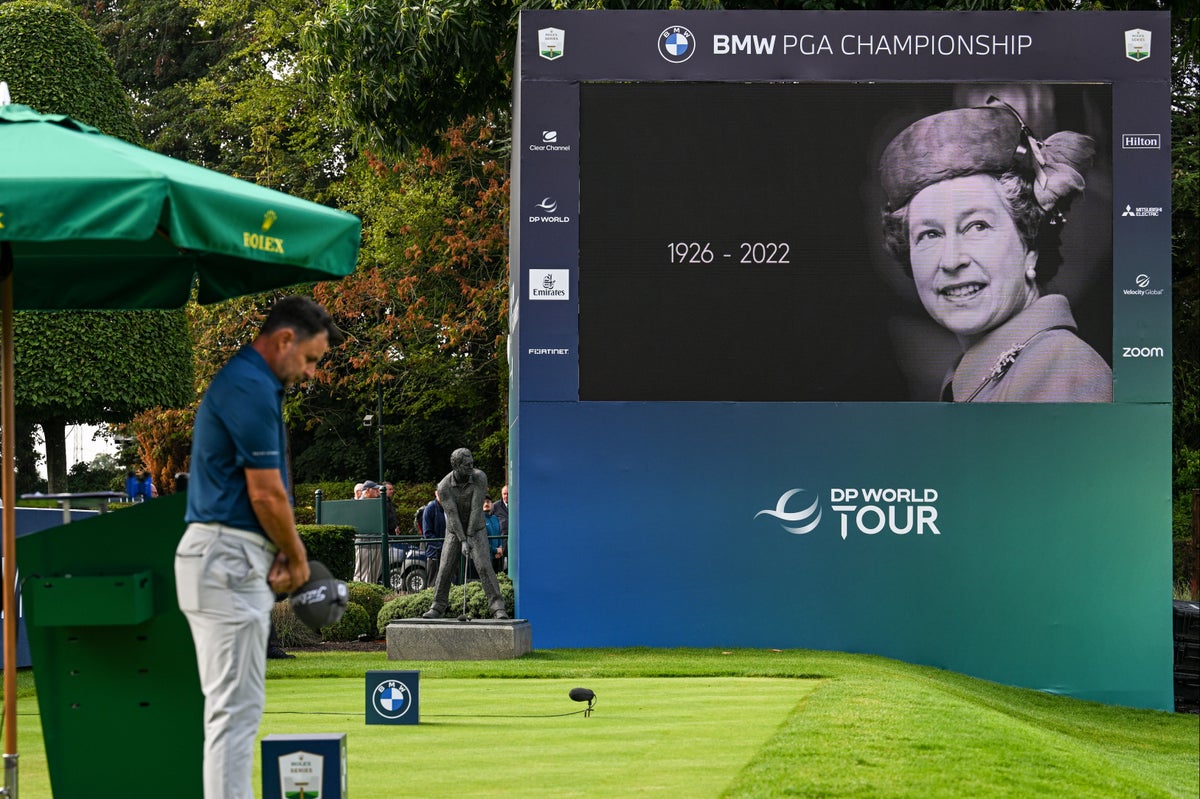 Buckingham Palace announced the news on Thursday evening and play in the first round at Wentworth was immediately suspended with 30 players on the course.

The course and practice facilities were closed on Friday, but play restarted at 6.40am on Saturday with the tournament reduced to 54 holes.

A two-minute period of silence at 9.50am was impeccably observed, with DP World Tour chief executive Keith Pelley joining staff, players and caddies on the putting green in front of the first tee at Wentworth.

The proclamation of King Charles III was also shown on the television screens in the Championship Village.

The official mourning guidance, published by the Government on Friday morning, stated there was no obligation on sports organisations to cancel or reschedule events.

The UK’s football authorities opted to postpone all domestic fixtures planned for this weekend, but other sports chose to go ahead, including cricket’s third Test between England and South Africa at The Oval.

Pelley told Sky Sports: “Yesterday we had a number of conversations with DCMS and saw the guidance that came from the Palace.

“Most of the conversations that I had were with the England and Wales Cricket Board and we both felt that bringing people together at this particular time, having both had the honour and respect of the day of cancellation on Friday, was the right decision and the right thing to do.

“I have heard from so many players that want to honour Her Majesty and felt that playing was the right way to do it.”

As play continued following the two-minute silence, Denmark’s Soren Kjeldsen birdied his first three holes on the back nine, having gone to the turn in 32, to join Norway’s Viktor Hovland at the top of the leaderboard on 10 under par.

Hovland, who had shared the lead with Tommy Fleetwood and Andy Sullivan following an opening 64, had birdied the third and fourth, with Sullivan slipping back to seven under after 14 holes of his second round.

Sergio Garcia, one of 18 LIV Golf players controversially in the field, had withdrawn from the tournament without giving a reason following an opening 76. Justin Rose, who shot 73 on Thursday, pulled out with a back injury.

No. 1 Alabama Heads to Austin to Take on Texas