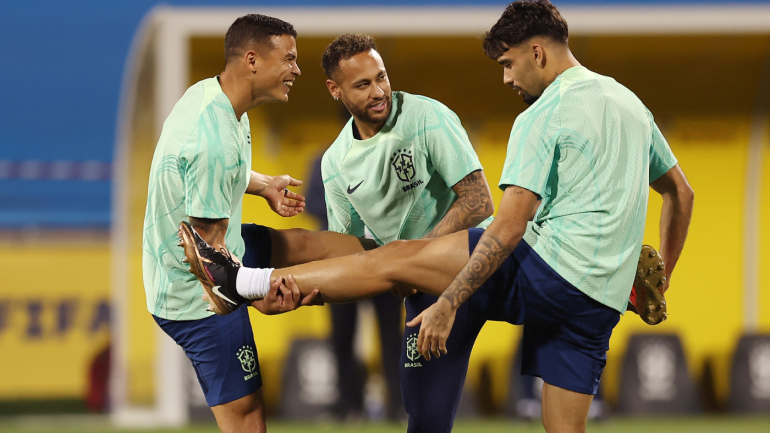 Brazil will begin their 2022 World Cup campaign when they face Serbia on Thursday in Group G. The two teams are joined by Switzerland and Cameroon in the group, with the Brazilians and Swiss viewed as the favorites to advance. But Tite’s team enters the tournament as one of the favorites to win the whole thing as the South Americans look for their sixth crown.

Here’s our storylines, how you can watch the match and more:

Brazil: This Brazil team is one full of flair and unlimited potential. So many superstars and only a certain amount of minutes to go around. The intriguing question is whether Richarlison or Gabriel Jesus will start at striker. A good problem to have, surely, Jesus has been gaining momentum as he’s helped lead Arsenal to the top of the Premier League table. This team doesn’t really have any glaring holes, though perhaps Fred being a weak spot in comparison to the others, but expect them to make a deep, deep run at the bare minimum.

Serbia: They have a ton of quality in the midfield and in attack, but the real questions are at the back. Nemanja Vidic isn’t walking through that door, so the likes of Stefan Mitrovic and Milos Veljkovic will need to be at their very best against Brazil’s technique and speed. Keeping their attackers in front of them, closing down in numbers and looking to push them wide will be vital.

Vinicius Jr. and Neymar both score, but a late goal from Serbia keeps it close as the favorites hold on. Pick: Brazil 2, Serbia 1

5 Letter Words with FAE in Them – Wordle Clue