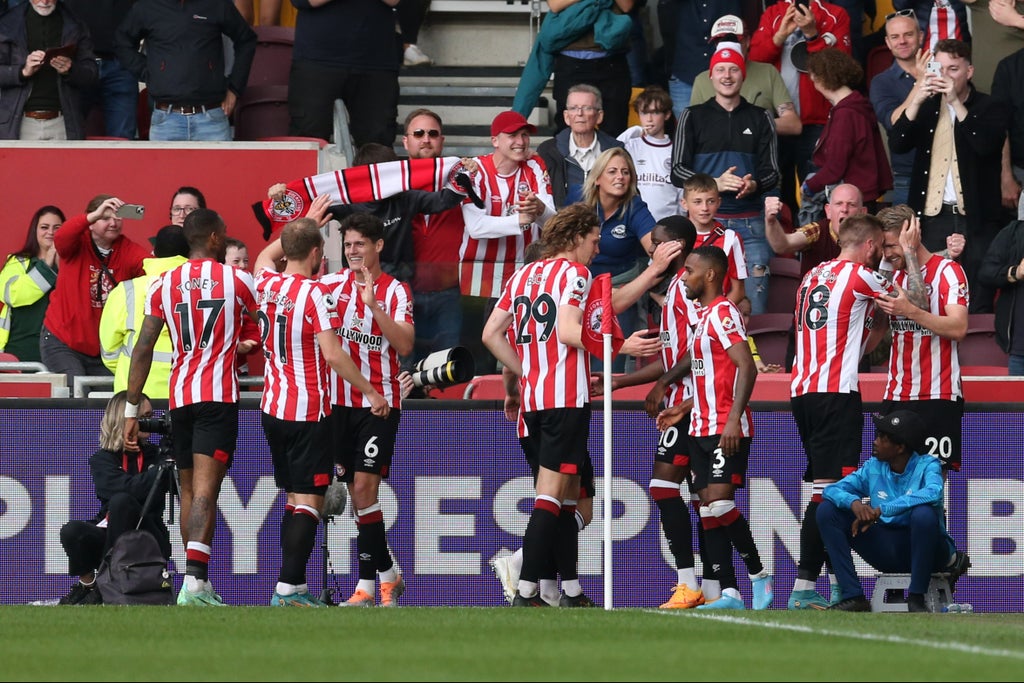 wo goals in quick succession saw Brentford batter midtable rivals Southampton and move up to 12th in the Premier League with two games to spare.

Thomas Frank’s side now boast an 11-point gap on the relegation zone and can head into their final two games of the campaign free of any, albeit slight, concern.

Brentford captain Pontus Jansson opened the scoring in the 14th minute when he prodded home after Ivan Toney diverted a Christian Eriksen corner in the defender’s direction.

Yoane Wissa then added the second by curling a shot past goalkeeper Fraser Forster.

Kristoffer Ajer sealed the win for the hosts in the second half, shuffling past a Saints defender before coolly slotting under Forster’s legs.

The result left Brentford 12th in the standings with 43 points, while Southampton are 15th with 40.

Southampton had 60% of the possession but struggled to make any chances count. They came closest when Adam Armstrong fired into the back of the net in the first half but was denied the goal for straying offside.

5 Letter Words with AORT in Them – Wordle Clue