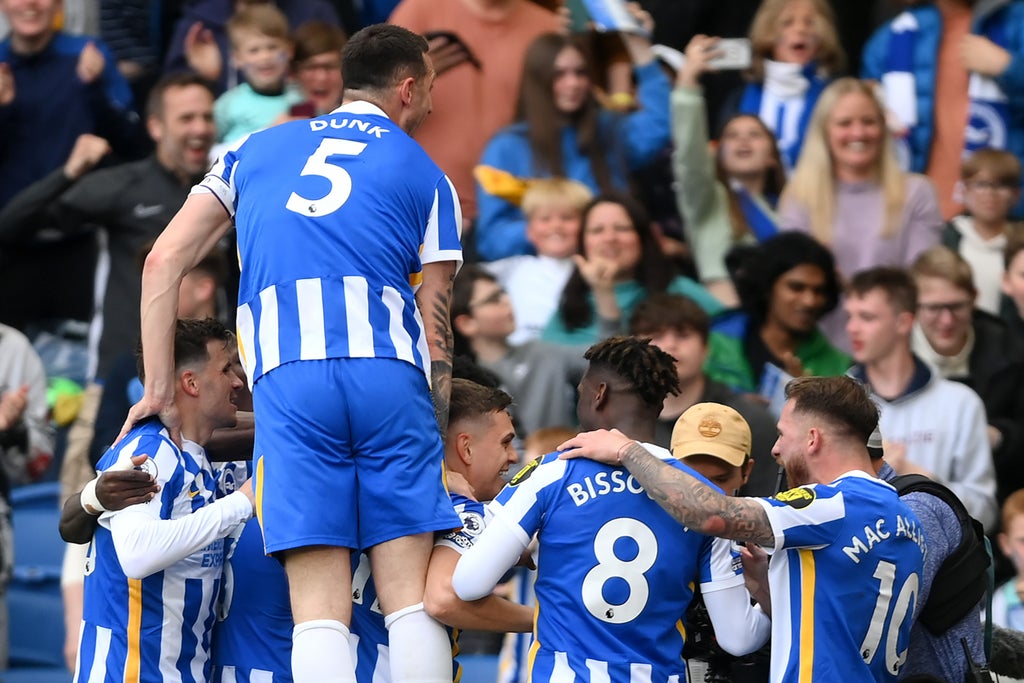 Ralf Rangnick’s penultimate fixture in charge of the Red Devils comes with a tough test at the Amex Stadium this evening.

United ended their home campaign on a relatively positive note last time out against Brentford, with Cristiano Ronaldo going some way into proving he is not yet done.

Still, United’s major problems of late have come from their lack of consistency under Rangnick and Brighton have raised their game against the bigger teams of late.

As much of a goodbye as a number of their players were afforded at Old Trafford, a win over a Brentford side with little to play for will do little to change the mood around the club at the moment. The Champions League is now a distant dream.

Juan Mata was handed another start after his performance earlier this week and will feed the likes of Ronaldo and Bruno Fernandes in attack. Harry Maguire is back on the bench, alongside Aaron Wan-Bissaka.

Tottenham and Arsenal have both fallen victim to their strong end to the campaign.

Follow all of the action with Standard Sport’s dedicated match blog!

A record attendance at the Amex

31, 637 inside the Amex today and not many in there will want this game to end!

All of United’s defenders are backng off Welbeck, allowing him a shot from around 25-yards, although his shot spins just wide.

How many more can Brighton get?

79:00 – Brighton have stepped off a bit of late, although have looked dangerous pretty much every time they have attacked all game.

71:00 – Another comedy of erros as Maguire’s shot across goal looks like creeping in, only for Cavani to tap it. The striker, however, is offside.

Brighton playing one-twos around the United defence, with Trossard hitting the post.

Trossard claiming it after a cross from Welbeck is cleared off the line by Dalot, only to hit the Brighton man.

Gross allowed to ghost into the box under absolutely no pressure before beating De Gea from close range.

All 5-Letter Words Starting with ‘CAN’ – Finish Your Wordle!