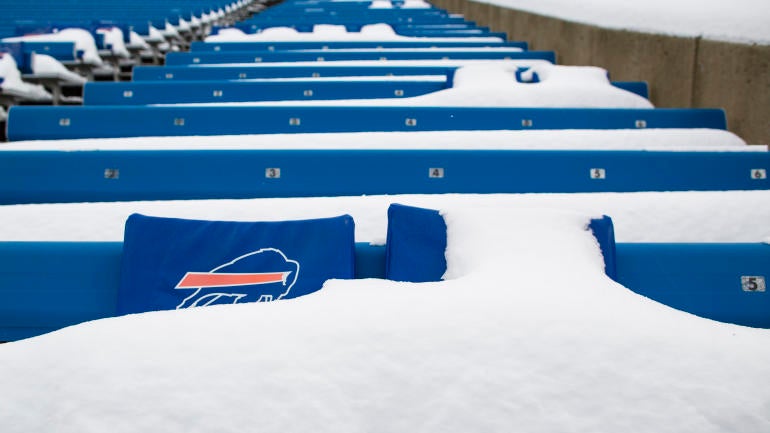 Due to a blizzard that has dumped up to 77 inches of snow onto the Buffalo area, the NFL made the decision earlier this week to move Sunday’s Week 11 game between the Bills and Browns to Ford Field in Detroit. While that avoided folks having to trek through the snow to Highmark Stadium, the Bills were faced with a number of hurdles just to get to Detroit.

On Friday, the Buffalo Niagara International Airport announced that runways were temporarily closed due to the snow. The City of Buffalo also announced a travel ban. The airport has since reopened the runways on Saturday morning, which paved the way for the club to travel to Detroit. All of the Bills players and staff gathered at the team facility around midday and NFL Media notes that the team has boarded its flight and is now en route to the Motor City.

However, that didn’t come without some help from BillsMafia as various players noted on social media that fans did help shovel them out so they could get to the stadium in time to travel with the team to the airport.

According to the National Weather Service, there was 13.9 inches of snow at the Buffalo airport on Saturday alone, which is a new daily record for the date.

ESPN reports there were 56,000 tickets sold for Sunday’s game in Detroit in less than 48 hours. Most of those customers were, of course, Bills fans, so there may still be a bit of home-field advantage for Buffalo despite being away from Highmark Stadium. In case you were wondering, the drive from Orchard Park to Ford Field is roughly four-and-a-half hours and 281.3 miles.