Browns seeking their first new stadium since returning to NFL in 1999, per report 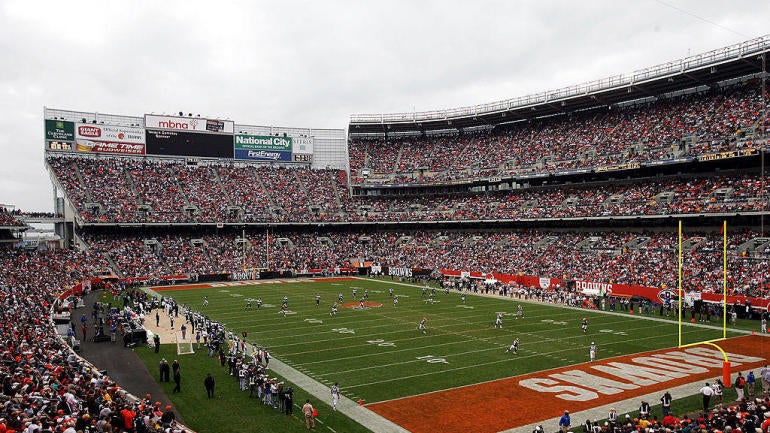 The Cleveland Browns have called FirstEnergy Stadium home for 23 years, but they may only play there for a few more seasons. Per a report from cleveland.com via NEOtrans, the franchise is seeking a new $1 billion stadium as part of a lakefront redevelopment project in the city.

Per NEOtrans, Browns owners Jimmy and Dee Haslam want a covered stadium and are willing to move downtown to get the new building. The stadium would be publicly funded. The Browns have yet to confirm or deny the report. Browns senior vice president of communications Peter John-Baptiste told Cleveland.com the team is conducting “feasibility studies on what a new stadium could look like” and the results could be completed by next year. He said the franchise could also redevelop FirstEnergy Stadium instead of seeking a new home for the franchise.

FirstEnergy Stadium was completed when the Browns returned to the NFL in 1999 after a three-year hiatus from the league — when the original Browns moved to Baltimore and became the Baltimore Ravens. The stadium cost $283 million to complete and is the 12th-oldest stadium in the NFL.

The last time the Browns faced a challenge of a new stadium in 1995, former owner Art Modell stunned the NFL world by relocating the long-standing franchise to football-craved Baltimore — who lost the Colts 12-years earlier in 1983. City attorney Fred Nance Cleveland mayor Mike White had been working with Modell on a $175 million renovation on the aging Municipal Stadium, but Modell stalled talks. Modell didn’t want to negotiate until after the 1995 season, yet announced in November of that year he was relocating the franchise.

Modell won the rights to move the team to Baltimore, and the city succeeded to keep the franchise’s history, name and colors in Cleveland. The NFL promised the Browns a new team in three years — and the “new” Browns formed in 1999.

If the Browns get a new stadium, it would only be the third stadium in the team’s history. Cleveland played at Municipal Stadium from its inception in 1946 until relocating in 1995.