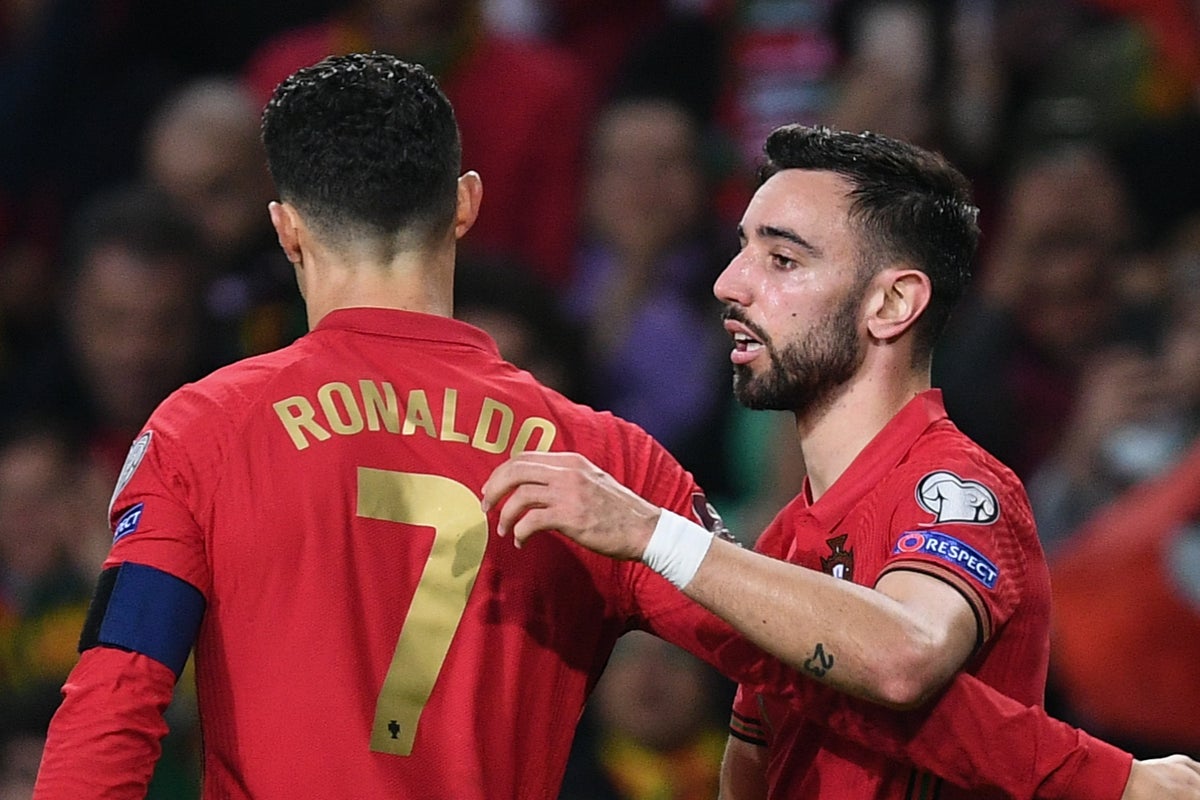 Ronaldo dropped a bombshell earlier this week when he claimed in an interview with TalkTV that Manchester United “betrayed” him.

The forward took aim at the club, saying it had not evolved since the days of Sir Alex Ferguson and Ronaldo even added that he did not respect current manager Erik ten Hag.

Ronaldo is now away with Portugal for the World Cup and a clip on social media of him greeting United teammate Fernandes in the dressing room went viral, as it appeared there was animosity between the two.

But Fernandes told Sky Sports: “I have no problem with anyone. I do my job and as a manager once said to me, everything that you can control is yourself.

“I think everyone thinks the same way, you have to control yourself, give your best and that’s it. I didn’t read the interview so I’m okay with that.

“We have to be focused on the World Cup because a World Cup doesn’t come every time. You don’t have a chance to play a World Cup many times.

“Cristiano will play in his fifth World Cup so everyone is ready for that and everyone wants to give their best for the team.”

Asked about seemingly giving Ronaldo the cold shoulder in the clip that went viral, Fernandes said: “Why do you say that?

“They put the sound [on] after. Did you hear it with the sound? You have to.

“In Portugal we have a problem, that I was watching one of the channels that was talking about that, ‘[It] was cold, was bad’, for 45 minutes.

“All of a sudden they go to a break, the national team send it with sound. The sound says that he is joking with me and so they come back and said there was a joke and they cut there.

“They said: ‘If you want to see again just go back’, but if they go back they will see there’s a problem. But if they are really true and explain what was in that video people will know, but now people don’t know.

“This is the national team, Manchester United will be my focus after the World Cup.”