Candid Coaches: Should college basketball keep the 30-second shot clock or change to 24 like the NBA and FIBA? 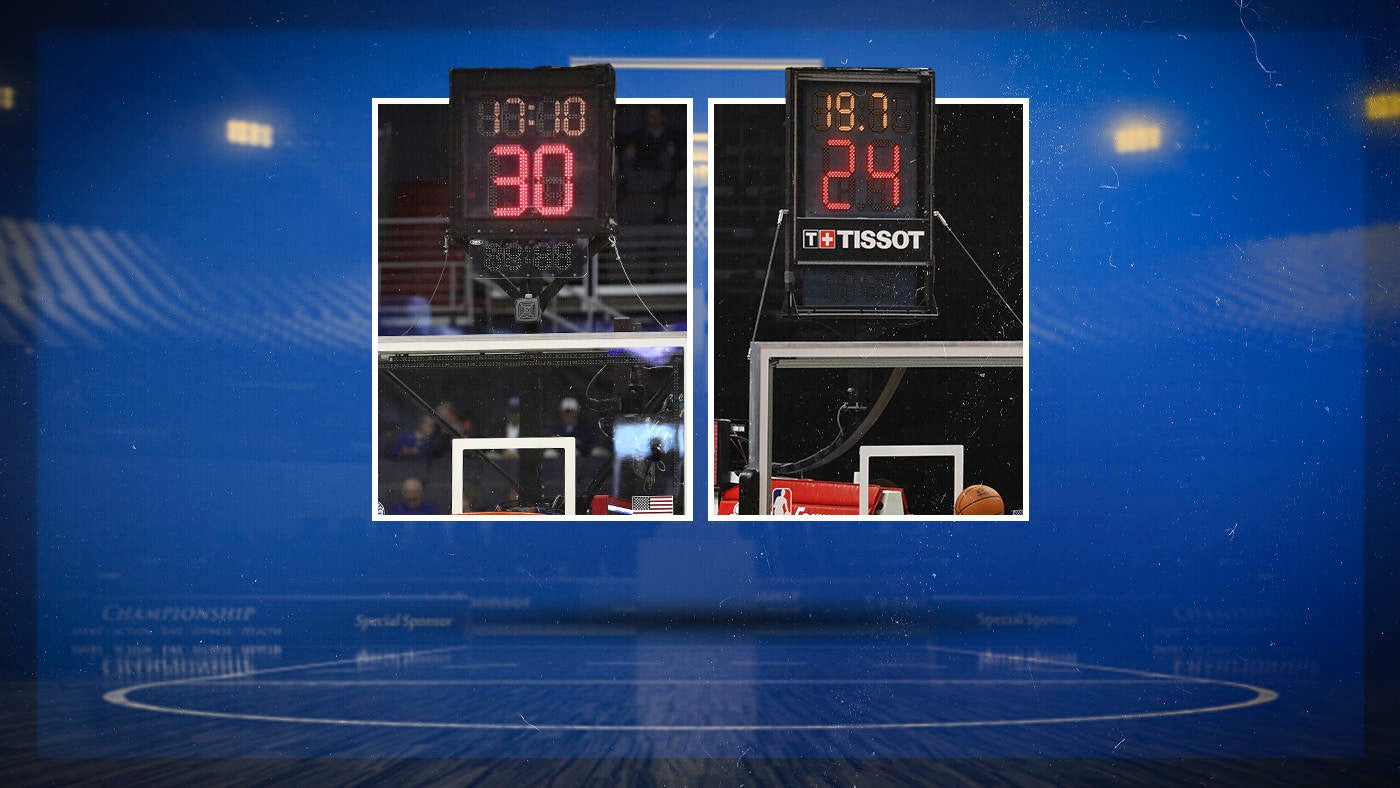 CBS Sports’ Gary Parrish and Matt Norlander surveyed roughly 100 coaches for our annual Candid Coaches series. They polled everyone from head coaches at elite programs to assistants at small Division I schools. In exchange for complete anonymity, these coaches provided unfiltered honesty about a number of topics. Over the course of three weeks we are posting the results of our summer survey on the state of college basketball.

For almost a century, men’s D-I basketball didn’t have a shot clock. In 1985, after some conferences experimented with one for a few years, the NCAA officially instituted a shot clock for all of its games.

A whopping 45 seconds per possession were allowed.

That first generation of the shot clock era lasted for nearly a decade. In 1993, 10 seconds got lopped and men’s college hoops played with a 35-second clock for more than 20 years. Another shave came in 2015 when it was cut to 30. In the past decade, there has remained a push by some to get the clock 24 seconds, which is the length in every other major men’s iteration of competitive organized basketball around the globe.

Some argue college basketball has playing and coaching styles that are accentuated by a longer shot clock and that those attributes shouldn’t be taken away in the spirit of trying to emulate the NBA or other professional leagues.

With that in mind, we wanted to see where college coaches stood on this topic in 2022.

Quotes that stood out

• “The less time a team has, the more you simply have to rely on talent and it takes some of the coaching out of the game. In the NBA it is basically a set of quick-hitters. But their players can make those shots. In the college game, our players aren’t as skilled, so we need more time for better shot opportunities to come. I have a REAL FEAR that if we lower the shot clock it will increase possessions, but points per possession will actually decrease because we will all be taking harder shots. May score more overall points due to higher volume of possessions, but I think the quality of those shots will be reduced significantly because we don’t have players who can produce off of quick-hitter actions at the same proficiency as NBA players.”
• “I think the biggest reason is most high schools don’t have shot clocks, and for kids to come in as freshmen to learn to play the game the right way, I think you need more time on the clock. They’re not adapted to play at a speed that is technically a 16-second shot clock. That’s what you’re changing the shot clock to at 24.”
• “Those that argue for 24 fail to acknowledge that the NBA has five guys on the court that can get their own shot. That’s NOT the case in college basketball.”
• “I don’t want to be like the NBA. I like our game and the rules. When we have gone on oversea trips and played at 24 it limits what I as a coach can do on offense. From a defensive side, you will only have to guard one side change on the floor. The more the ball changes sides the better the chance to score, so you’re helping the defense with this rule. I think we see enough pick-and-roll basketball. This will make it more prevalent.”
• “I have a strong opinion on this. We’re trying to be the NBA and we’re not. Our players aren’t that talented. I think it still gives some strategy for coaches. The more we look like the NBA the less we’re going to be watched because they do it at a higher level than us. I think it’s awful. The NBA takes bad shots but they’re elite at making bad shots. College would be taking bad shots and we’re not elite. It’s going to be bad-bad.”
• “I don’t believe that youth basketball in the United States would prepare prep players well enough to effectively play with a 24-second shot clock early in college. NBA players are the most talented scorers and shooters on the planet. European/international players learn the details of pick-and-roll and spacing — as well as prioritize skill development — at a very early age. The undeveloped talent would dumb down and muddy the game from what can be accomplished with a 30-second clock. Unless youth basketball in the states completely changes from a game-heavy, AAU-centric structure, a change from a 30-second will lead to an inferior product of college basketball.”
• “I think [30] is best for the game because, to me, the best thing about college basketball is the parity. Thirty seconds creates more parity than 24. If you’re a fan that wants to see the best teams always win, the 24 shot clock is going to favor that. But if you want to see upsets and schools that maybe have lesser talent find a way to equalize themselves, to me it’s the 30-second shot clock and to me that’s what’s best for the game. Parity is the greatest part of college basketball. And this is from someone who’s been a coach involved with FIBA and Team USA. I love FIBA rules, but not all for college basketball.”
• “Watch (Nike) EYBL at 24 seconds. Worst shots ever. Need to teach them the game before they try to play fast. Even Jordan learned to play right before fast.”

• “Twenty-four seconds. There is no substitute for uniformity across all levels of basketball in my opinion. As you come up in the game in this country, what you learn about the game and how to apply these skills and within the game should have a direct translation to the way the game is played in college and at the professional level. For the same reason that high school basketball should have a shot clock as well. If we can limit the learning curve from one level to the next, the better our game becomes.”
• “From coaching some with USA Basketball, the players adapt, the coaches adapt, I think it’s a more exciting game. I think there’s more coaching, actually. Not in a bad way. You’ve got to be thoughtful about more things. I like eight seconds in the backcourt as well, and that goes along with the 24 seconds.”
• “A lot of teams practice with a 24-second shot clock.”
• “I think there should be some uniformity across basketball, from high school, college, international basketball, FIBA. … The other thing it would do is hopefully eliminate these games in the 50s, get teams to play a little bit more up-tempo, faster. It’s a more fun style for players, but also the fans.”
• “I would love to see a 24-second shot clock, but there would be an ugly adjustment period based on the speed decisions would need to be made. Some states don’t even have a shot clock in high school, so 30 seconds is an adjustment, let alone 24. Some young European leagues play with 24 seconds and maybe that is why they move the ball and themselves better.”
• “My theory is because of the NBA and how everything is heading in that direction, why not have it all be NBA stuff? Make the 3-point line the same, make all of the rules the same. Why not? If that’s a measuring stick, guys trying to get to the league.”
• “Fans want the college game to be faster and with higher scores, so let’s give them what they want — the 24-second shot clock.”

Some coaches argue that 24 seconds would hinder the potential for upsets in college.
Getty Images

Here it is, apparently: college basketball’s most divisive topic. Literally a 50/50 split. Incredible. I believe this is the first time — second at most — in the 10-year history of our Candid Coaches series that a poll has had exactly a 50% return for one answer and 50% for the other.

This question was prompted in part by basketball commentator/former coach Fran Fraschilla, whose tweet about the subject earlier this summer spurred even more discussion over a hotly debated would-be rule change. Given how men’s college basketball has wormed its way over almost four decades to reducing its shot clock, I think the move to 24 is inevitable.

But I don’t think it’s imminent.

For advocates of 24, the good news is there are more coaches open to (if not eagerly endorsing) the concept now than any year prior. The 30-seconders are still an impassioned and dug-in group, however, and they will not go quietly into that 64-to-68-possession night. I don’t blame them. (This question was one of three in this year’s series that induced the most opinion and exposition; the other two will publish next week.)

I’ve been vocal about a lot of rule changes — the good ones and the bad — over the years. When it comes to the shot clock, though, I cop to ambivalence. I’d welcome 24 seconds just as much as I’m good with 30 in perpetuity. While I think the jumps from 45 to 35 to 30 have been incremental and not at all detrimental to college basketball’s cosmetics, I side with the coaches who say six fewer seconds per possession is enough of a change that it would impact efficiency and shot selection.

Given how most college basketball teams play, getting a good shot off in 24 seconds is pragmatically a hastier objective than 30. It doesn’t mean we shouldn’t try to upgrade again, but I’m willing to wager the first couple of years (at least) under a 24 clock would be equal parts enthralling and sloppy. Turnovers per game would probably hit an all-time high and field goal percentage could dip to its lowest levels in a decade-plus.

Doesn’t mean it’s not worth trying, though.

There were cries in previous times when the shot clock was shortened that college basketball’s quality and identity would be worn away, tilted in the wrong direction. Those warning bells were misguided. In fact, since the move to 30 seconds seven years ago, points per possession has gone up every season except one (2019-20; the year COVID killed the postseason) in comparison to offensive efficiency in the 15 years before it.

What do college basketball fans want? Do they know what they want in this regard? No doubt there is a faction that has embraced and settled into the pace of a 30-second clock. Then there are some who’d love to see games decided, minimally, in the 70s way more often and want that final change to 24. (Would it get us there remains a debate, remember.) The concerns over how high school players are coached and developed without having a shot clock are valid. Getting the electronics and technology into thousands of gyms is probably something that will take another 20 years to arrive at. College basketball can’t wait on that, but it’s not a helping factor on this front right now, that’s for sure.

I don’t think a change to the shot clock will improve or decrease the sport’s popularity. But as the sport globally continues to get better, as younger players become more skilled and basketball only continues to grow, the big-picture parley of what is good for college basketball vs. what is best for the players who play it will become louder.

Are we doing this for the fans or the players? Would a change appease the alleged needs of both those populations?

I think the sport will eventually experiment with 24 seconds in the next decade. If a rule change is coming on this front though, fittingly enough, college basketball will probably need a little bit more time on the clock to get there.