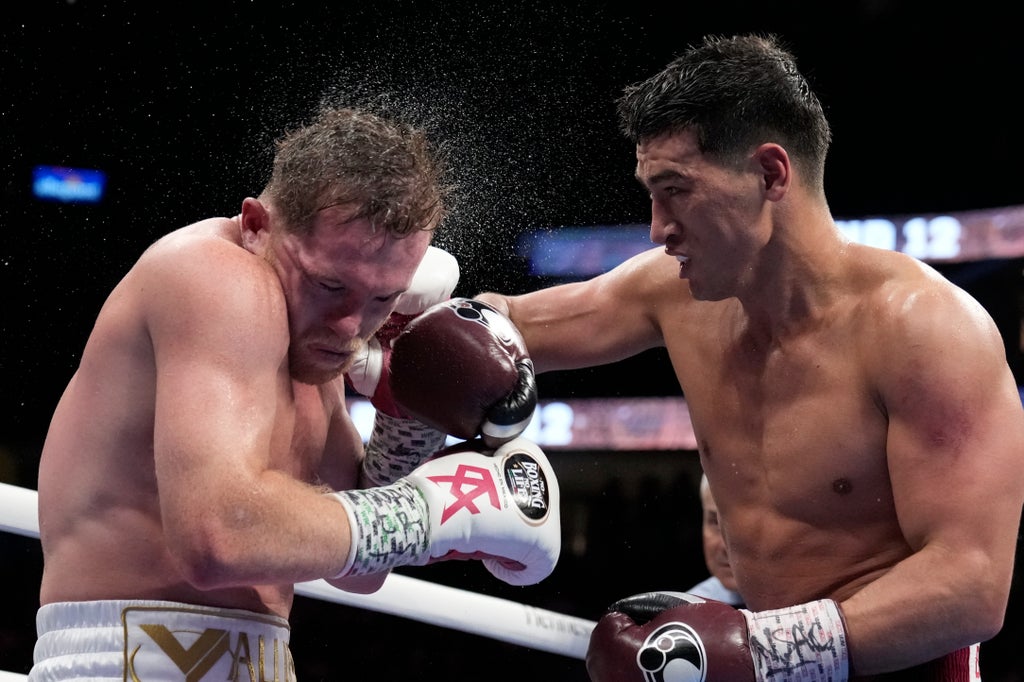 The Mexican pound-for-pound king looked set for a money-spinning third clash with his long-time rival in September, but first needed to take care of business in his latest division-defying challenge back up at light-heavyweight on Cinco de Mayo weekend.

However, undisputed super-middleweight world champion Canelo – who took the WBO title from Sergey Kovalev on his only previous jump to this weight – was comprehensively outfought by the long-reigning WBA (Super) champion at 175lbs, who delivered a punch-perfect performance to seal a huge upset and retain his belt by unanimous decision in Las Vegas.

All three judges at ringside scored the fight 115-113 in Bivol’s favour, with the Kyrgyz-born Russian outlanding his illustrious opponent 152-84 in a superb display of technical quality.

It was only the second defeat of Canelo’s long professional career that started way back in 2005 and his first since being outpointed by the great Floyd Mayweather nine years ago.

Plans for another lucrative grudge match with unified middleweight champion Golovkin are now on hold, with Canelo stating his intention to swiftly trigger a rematch clause against Bivol, who stays undefeated and moves to 20-0 after a ninth consecutive successful title defence.

“You have to accept it, it’s boxing,” Canelo said afterwards. “He’s a great champion. Sometimes in boxing you win and lose and I’m not giving excuses. I lost today and he won.”

Bivol – who insisted he was ready for a rematch – said: “I’m glad I proved myself today, I’m the best in my division and I keep this belt. He’s a great champion, I respect him and all his team.

“If you don’t believe in yourself what do you do? You achieve nothing. I believe and my team believed in me.

“I felt his power. You can see on my arm, he beat my arm up but not my head. That’s better.”