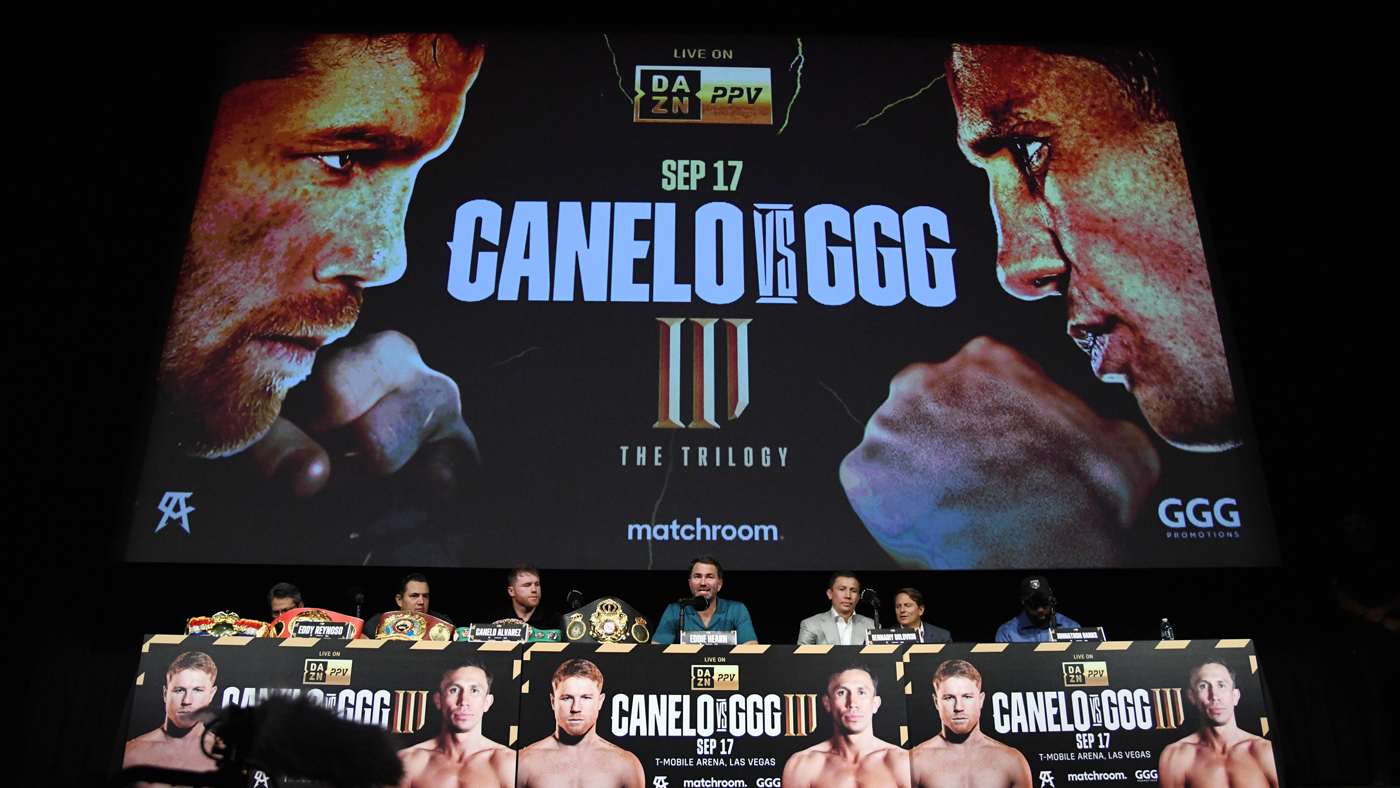 Canelo Alvarez and Gennadiy Golovkin are set to slug it out for a third time on Saturday night at the T-Mobile Arena with all four major titles in the super middleweight division on the line (8 p.m. ET, DAZN PPV — subscribe now). The epic trilogy boxing fans have been craving will reach its conclusion in Las Vegas this weekend.

The two first met five years ago at middleweight (still considered by many to be too late for the veteran Golovkin to finally get his chance) but that fight ended in an unsatisfying split draw — mostly due to a head-scratching scorecard from Adalaide Byrd. Many believed GGG had done enough to win, so immediate calls for a rematch rang out.

While the two agreed to a rematch, it wasn’t without some controversy as Alvarez tested positive for banned substance Clenbuterol ahead of their scheduled May showdown. Alvarez claimed tainted meat was the reasoning behind the positive test and has not failed any subsequent tests to date.

The pair rematched in September 2018, again with the majority of media outlets believing Golovkin deserved a narrow victory. It was Alvarez who had his hand raised, however, taking a split decision victory to win the WBA and WBC middleweight titles.

Those first two fights saw Golovkin installed as a slight favorite over Canelo given his reputation and incredible knockout streak earlier in his career. But with how things have played out for the veteran — and the explosion into superstardom for Alvarez — the Mexican enters the trilogy as a massive favorite of -500. Of note, Alvarez was around the same price for his fight with Dmitry Bivol in May where he suffered his first loss in nine years by decision.

Can’t get enough boxing and MMA? Get the latest in the world of combat sports from two of the best in the business. Subscribe to Morning Kombat with Luke Thomas and Brian Campbell for the best analysis and in-depth news, including an early preview of Canelo vs. Golovkin 3 ahead of Saturday’s showdown below.

The other fight of note brings the return of Jesse “Bam Bam” Rodriguez  as he looks to defend his WBC super flyweight title against Israel Gonzalez in the co-feature. Rodriguez, 22, is a perfect 16-0 with 11 knockouts in his young career. He is coming off big wins over top names in the super flyweight division, including a TKO of Srisaket Sor Rungvisai and a decision over Carlos Cuadras to earn the WBC title at 115 pounds.

To open up the PPV festivities, a long time veteran kicks things off at super middleweight. Gabriel Rosado is back as he looks to get back in the win column against Ali Akhmedov. Rosado, 36, shocked many with his thunderous knockout of Bektemir Melikuziev in 2021. The veteran has consistently failed in step-up fights throughout his career, but turned away the rising contender with one of the best finishes of the year. He followed that up with a pair of losses against Jaime Munguia and Shane Mosley Jr., but a win over Akmedov could earn him another big payday.

Below is all the latest information for the light heavyweight showdown and how you can watch the action set for the T-Mobile Arena in Las Vegas. Plus, the latest fight card news and rumors with the latest odds provided by Caesars Sportsbook.

England player ratings vs Italy: Jude Bellingham the only bright spot as Kyle Walker caught out

Netherlands vs Belgium live stream: How can I watch Nations League game live on TV in…

Not a thing Crossword Clue

One of the filmmaking Coen brothers Crossword Clue