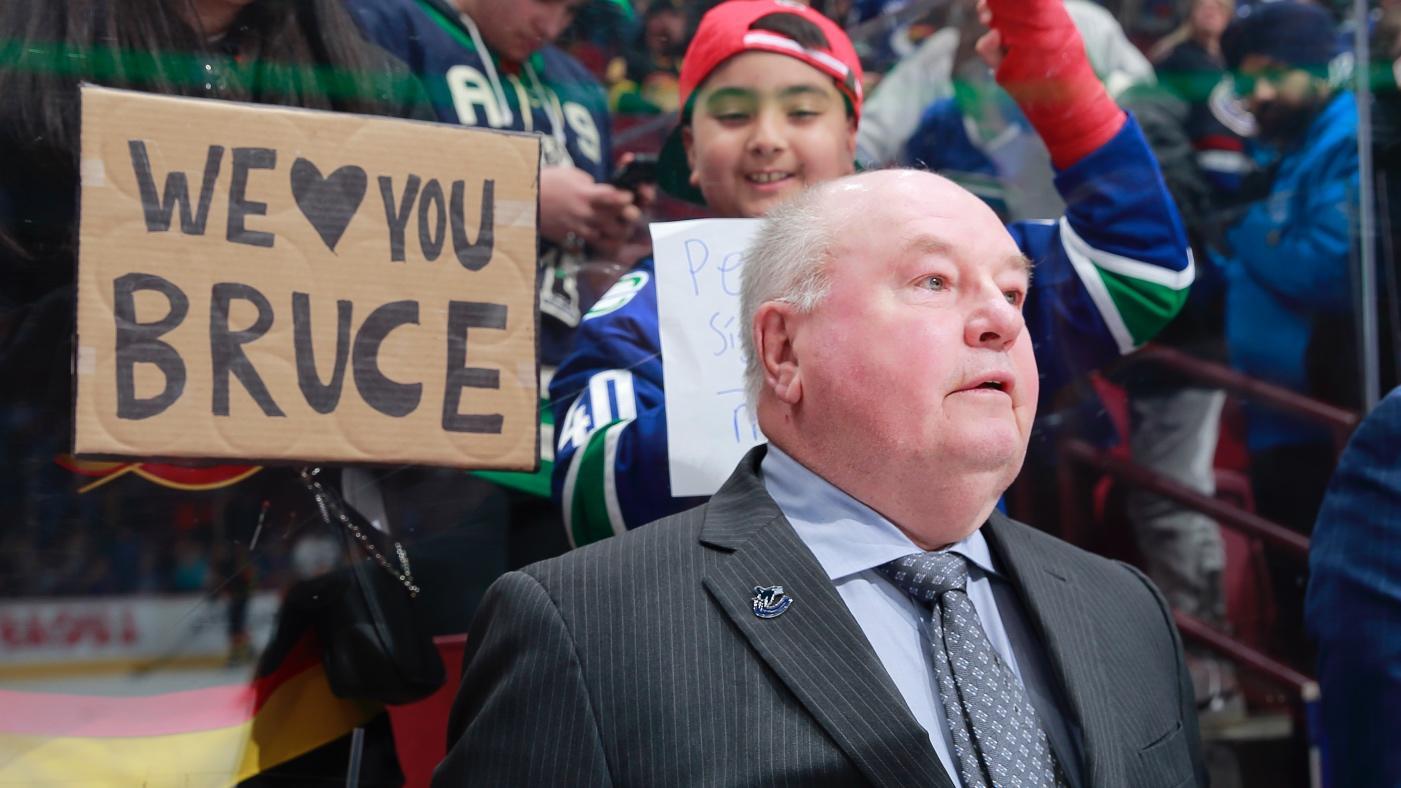 The Vancouver Canucks fired head coach Bruce Boudreau and replaced him with Rick Tocchet on Sunday in a move that was rumored to be on the horizon for weeks.

In the month leading up to his firing, Boudreau more than once fielded questions about his job security and got emotional in press conferences on multiple occasions. His imminent firing was such a poorly kept secret that Canucks fans even treated Saturday’s loss to the Edmonton Oilers as a heartfelt send-off for the 68-year-old coach.

During the Canucks’ press conference to announce the coaching change, team president Jim Rutherford admitted to having regrets about how the situation was handled. He blamed his own bluntness for the endless speculation around Boudreau this season.

Here’s what he had to say:

“Now, part of this process, and I will apologize to Bruce for this, is probably in my interviews over the course of the season. When people ask me a question I’m probably too direct and too honest. That goes back to my comment about the team playing with more structure and things like that. I’ve done that my whole career. I’ve tried to be honest. I’ve tried to answer the best I can, and sometimes that affects certain people. In this case, it probably did affect him.

“I’m sorry I did that, and I’ve learned from it, so I’ve decided that I need to zip it. I’m not gonna talk about the team. I’m gonna let (GM Patrick Allvin) and Rick Tocchet talk about the team and just stay away from those things.”

Rutherford said he still considers Boudreau a friend, and he apologized on behalf of the entire franchise for leaving him out to dry.

“Unfortunately, it turned out the way that it did,” Rutherford said. “No one takes great pride in this. I’ve known Bruce for a very long time. He’s been a friend, and I feel very bad about it. If I’ve offended anybody in the process, I apologize personally on behalf of the Canucks.”

As recent as Jan. 16, Rutherford spoke to reporters about Tanner Pearson’s season-ending injury and the direction of the team as a whole. Rutherford noted that Boudreau was the head coach “right now,” but he also confirmed that he had been speaking to potential coaching candidates.

“I’ll say I have, and I’m not gonna get into names,” Rutherford said. “This is even going back a couple of months ago. I have called a few people to talk to people, yes. But with that, it was clear that I’m calling and talking, but I don’t know that we’re making a change. And don’t want to make a change.”

Boudreau was hired by the Canucks in the middle of a disappointing 2021-22 season after Travis Green was fired, and he provided the team with a much-needed boost. However, Vancouver got off to another miserable start again this season, and the heat turned up on Boudreau instantly. He leaves the Canucks with an overall record of 50-40-13.