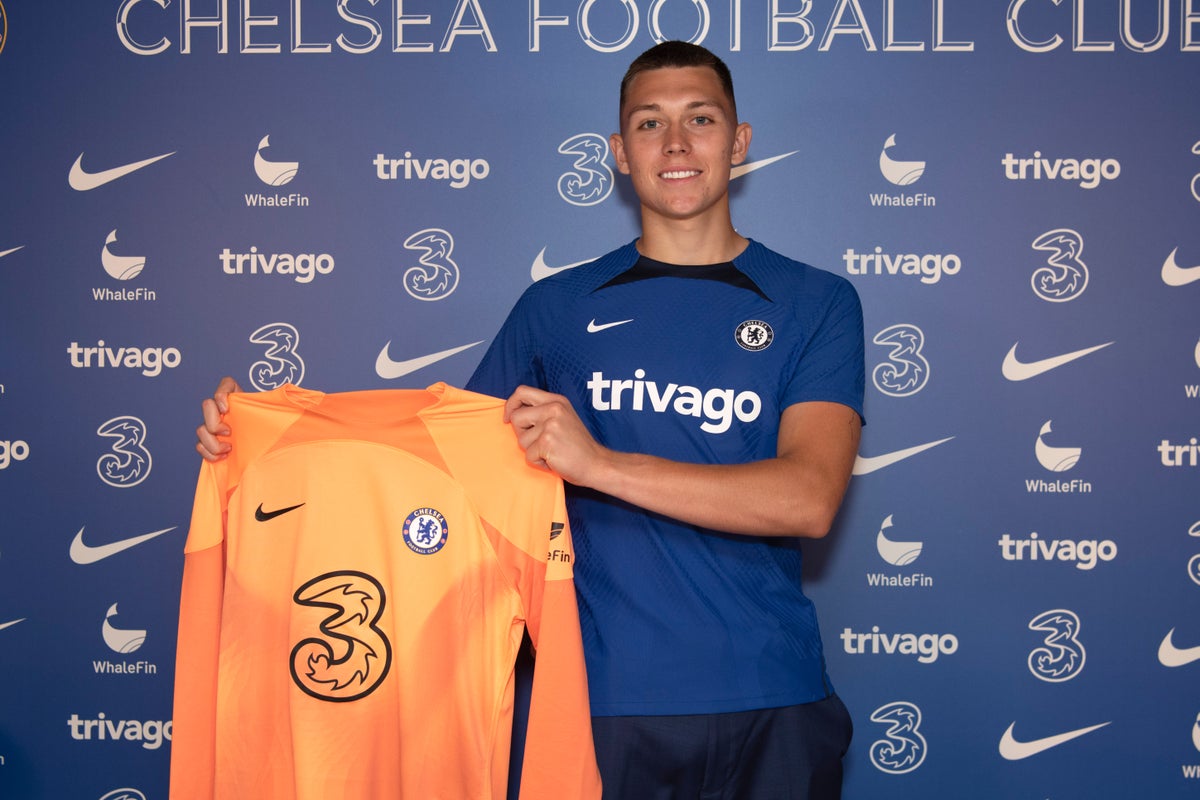 helsea have continued a busy Tuesday on the transfer front by confirming the signing of Gabriel Slonina.

The teenage goalkeeper has penned a six-year contract at Stamford Bridge until 2028 after joining from Major League Soccer (MLS) outfit Chicago Fire at a cost of around £12million, with Fire also due a percentage of any future transfer fee.

‘Gaga’ Slonina, 18, will return to the Windy City for the remainder of the 2022 MLS season on loan, before officially arriving at Chelsea at the beginning of next year.

Chelsea had attempted to sign Slonina during the previous ownership regime, with the transfer thrust into uncertainty after the takeover by Todd Boehly and Clearlake Capital.

However, the protracted deal has now finally been completed, with Slonina technically becoming the club’s third signing of a frustrating summer window after Raheem Sterling and Kalidou Koulibaly.

Slonina had been with Chicago Fire since the age of 10 and at 14 became the second-youngest player signing in MLS history, eventually making his senior debut at 17 and setting a new record in the process as the youngest starting goalkeeper in the American top-flight. He has so far made 34 first-team appearances in total.

A US youth player, he received his first senior USMNT call-up last year and rejected interest from Poland, though is yet to make his full international debut.

Earlier on Tuesday, Chelsea sprang a major surprise by confirming an agreement with Aston Villa over the £20m transfer of teenage midfielder Carney Chukwuemeka, who will travel to west London to agree personal terms for his own six-year contract and undergo a medical.

Opposite of reaps Crossword Clue