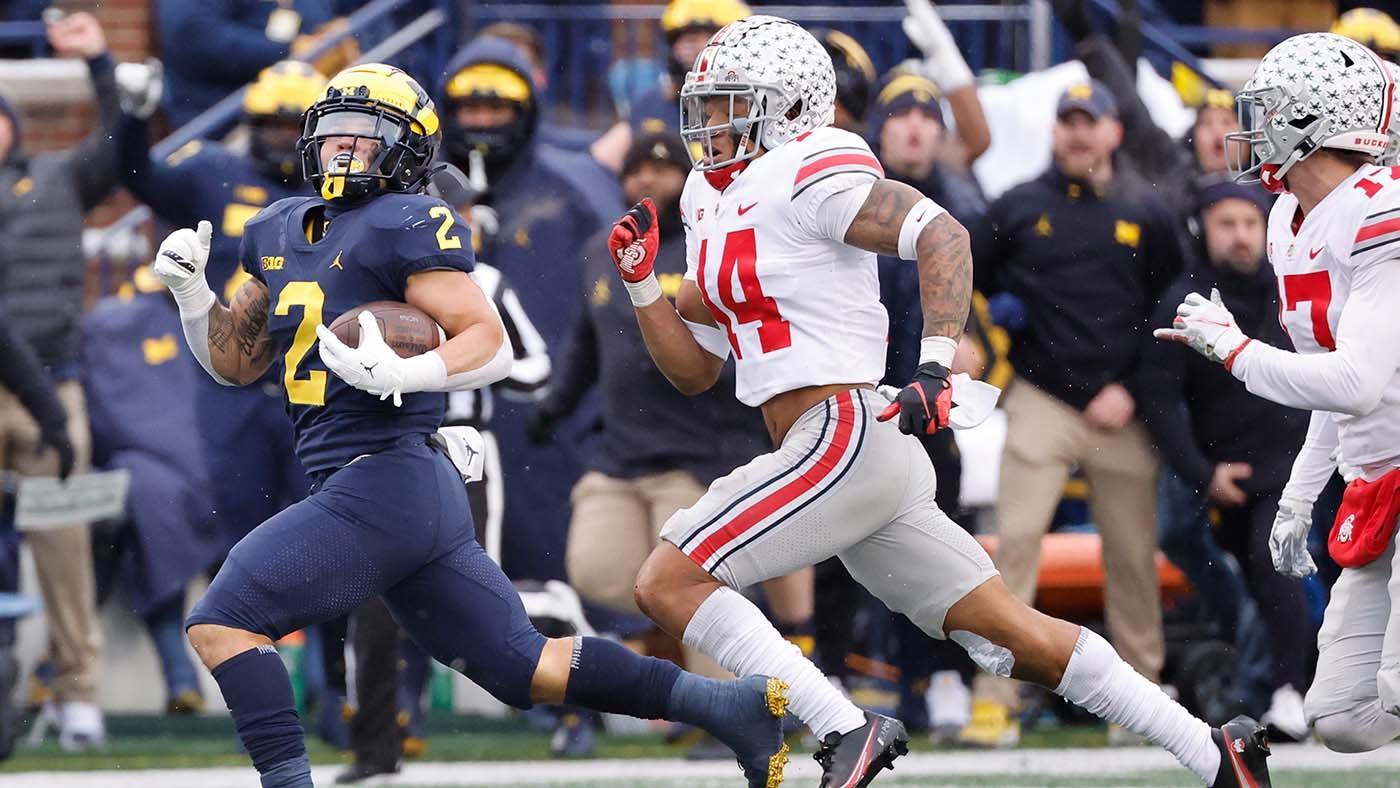 Everyone in college football has had The Game circled since Ohio State lost against Michigan last season to decide a College Football Playoff spot. Heading into Week 13, the matchup could be even bigger than anyone expected — but Vegas has a clear favorite.

Down the board, USC, Oregon and LSU try to keep backdoor College Football Playoff hopes alive with competitive rivalry games. The AAC and Sun Belt also have battles that could determine seeding and hosting championship games.

There are five matchups on the docket between teams ranked last week in the College Football Playoff Rankings. Here are some of the most interesting opening lines for upcoming Week 13 matchups.

All odds courtesy of Caesars Sportsbook.

Michigan at Ohio State (-8.5): The Game is truly the game of the year in college football as many expected, but Vegas oddsmakers are pessimistic about the competitiveness. Ohio State has won all of its games by double-digits, but that included a scoop-and-score with seconds remaining against Maryland to skew the numbers. Michigan struggled for the first time against Illinois. Neither team has played an elite opponent, so there’s no telling what could happen.

Notre Dame at USC (-6): The Trojans try to close out a CFP-caliber regular season with a tricky game against Notre Dame. The Fighting Irish have been giant killers, knocking off Clemson, North Carolina and Syracuse over the season. However, USC is playing its best football at the right time. The key will be avoiding a lookahead spot.

Oregon (-3.5) at Oregon State: The Ducks play their third hyper-competitive game in a row after surviving No. 10 Utah on Saturday. Oregon State has lost 12 of the last 14 matchups between these two teams, but the Beavers are putting together their best season in a decade. The Beavers rank top 30 in scoring defense and will be playing against a hobbled Bo Nix at Oregon in a bitter home rivalry game.

NC State at North Carolina (-6.5) on Friday: The Wolfpack are falling apart after losing quarterback Devin Leary to a season-ending injury, while North Carolina hopes to build some momentum entering its first ACC Championship Game since 2015. The Tar Heels lost a heartbreaker against Georgia Tech to fall out of the CFP conversation, but quarterback Drake Maye will face one of his biggest tests yet. This is a revenge game after North Carolina State edged UNC 34-30 to end last season. Expect the Tar Heels to take full advantage.

Tulane at Cincinnati (-3) on Friday: This game could decide a spot in the AAC Championship Game — and maybe the New Year’s Six berth. Tulane demolished a dynamic SMU team and is charging to the finish line. However, Cincinnati is still the two-time defending AAC champs and while the biggest game of the weekend takes place in Michigan, next up could be this one in Ohio.

Best of the rest

5 Letter Words with EMA in Them – Wordle Clue

5 Letter Words with EBA in Them – Wordle Clue