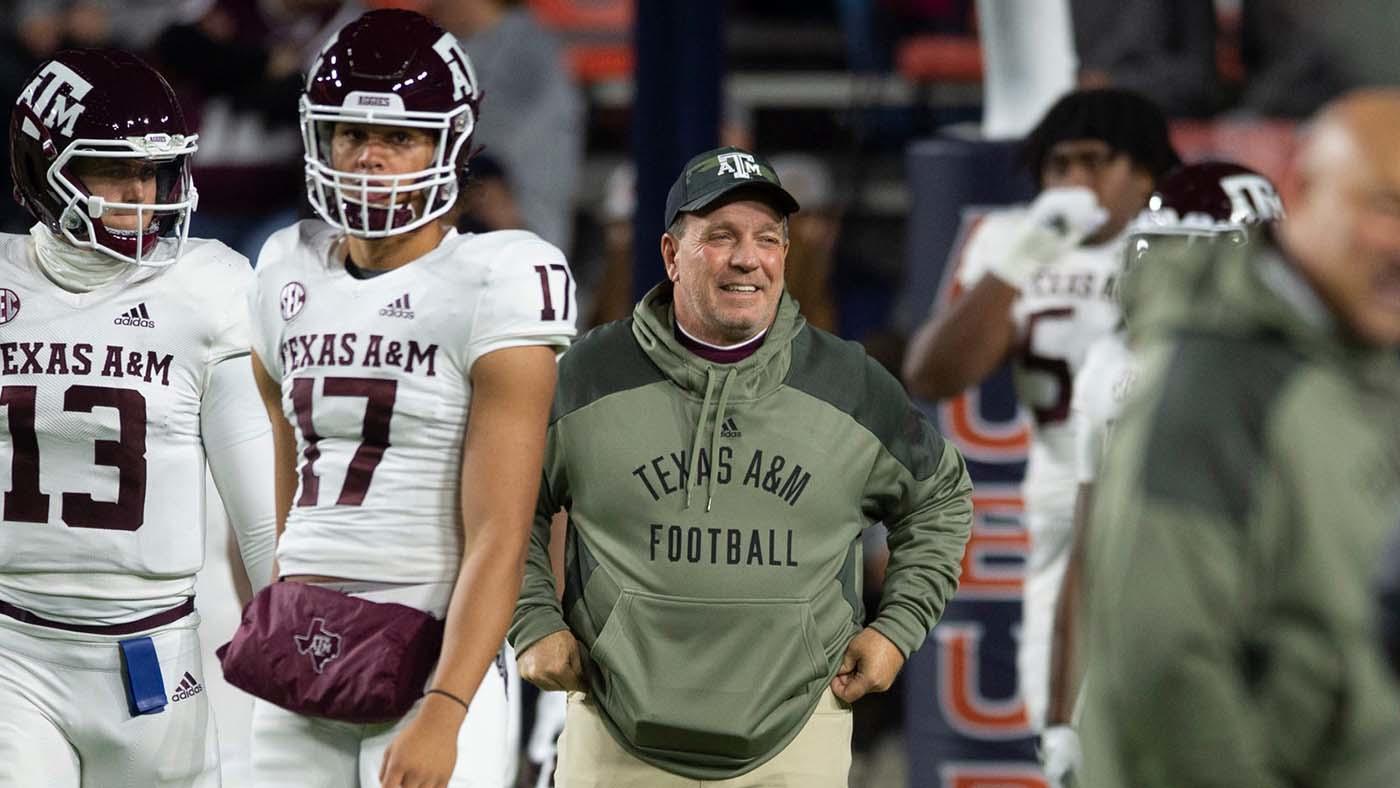 Not many gave it a second thought when Texas A&M entered the season ranked No. 6 in the preseason AP Top 25. Sure, it was rare leap for a team that finished unranked the season prior, but coming off compiling the No. 1 recruiting class of all time and with three new additions in the quarterback room, some viewed the Aggies as a dark horse College Football Playoff contender.

Fast forward, and the Aggies are much closer to infamy. In the last 50 years, only seven teams have gone from preseason top six to losing records. By losing to an interim-coached Auburn in Week 11, the Aggies fell to that mark and will shockingly miss a bowl game for the first time since 2008; for comparison, Kevin Sumlin never missed a bowl and won at least eight games in his first five seasons.

There’s also a team located east of Texas that poached the Aggies’ athletic director making matters worse. Scott Woodward opted to go home to Baton Rouge, Louisiana, and he then called upon Brian Kelly to lead his LSU football program. In just one season, Kelly has delivered the Tigers an SEC West crown, something Fisher has not won after five seasons. With the transfer portal on the horizon, expect that sparkling recruiting class to take notice.

There have been other teams with massive expectations to fall short. USC started the year No. 1 and fell out of the AP Top 25 in 2012. Notre Dame was the No. 10 team in the country but finished 4-8 in 2016. It doesn’t matter. With all the expectations and momentum this program bragged about over the offseason, 2022 Texas A&M is the most disappointing team of the 21st Century.

Here are more winners, losers and overreactions from around the college football world in Week 11.

TCU: Despite ranking as one of four undefeated teams in college football, TCU entered its battle with Texas as a 7-point underdog. The CFP committee complained that the Frogs only won games with high-powered offense. Every concern was put to rest during a 17-10 win over Texas. The Frogs held Texas without an offensive touchdown and suffocated star running back Bijan Robinson to march past the Longhorns on their home field. With the strong performance, there should be no questions left about TCU’s ability to compete at a high level or win in different ways.

Washington coach Kalen DeBoer: In 23 years as a collegiate head coach, DeBoer has won consistently everywhere he has coached. But despite coming into the Washington job with a 79-9 record across Fresno State and NAIA Sioux Falls, his immediate success still boggles the mind. Washington shocked No. 6 Oregon 37-34 behind 408 yards passing from quarterback Michael Penix Jr. The loss was Oregon’s first in Pac-12 play and featured a Washington squad that closed at a +360 moneyline, according to Caesars Sportsbook. DeBoer took over a roster in transition after the Huskies went 4-8 last season, but Washington is already back in the national conversation. DeBoer should be a strong contender for Pac-12 Coach of the Year in a loaded competition.

State of Virginia: Both programs in the state of Virginia opted to make coaching changes after the 2021 season. So far, it’s hard to imagine either going worse. Virginia Tech lost 24-7 against Duke to lose its seventh straight game for the first time since 1951. The Hokies have not lost eight games in one season since 1992 but reached the mark with two games remaining. Virginia handed the keys to the offensive-minded Tony Elliott, but Brennan Armstrong, the leading Power Five passer in America last season, threw pick sixes on the first two plays of the game in an embarrassing 37-7 loss to Pitt. UVa has not finished a regular season below .500 since 2016, but things have collapsed under Elliott’s watch. The Commonwealth Cup won’t be one for the ages.

NC State: The Wolfpack’s season was over after quarterback Devin Leary went out for the season, but a 21-20 loss to Boston College put the nail in the coffin. The Golden Eagles had lost four straight and did not have a road victory before marching into Carter-Finley Stadium and handing NC State an embarrassing loss thanks to 14 unanswered points in the second half. The Wolfpack had great promise and expectations after returning Leary and a ferocious defense with many hoping they could become an ACC contender. Instead, it will just be another great NC State team filled with what ifs.

National coach of the year race is insane: Fired coaches always seem to take center stage as everyone searches for the next best thing. But in a sport defined by turnover, let’s take a second and credit what has been a legitimately outstanding year of coaching across the country.

Kansas coach Lance Leipold led the Jayhawks to a bowl game with a backup quarterback. UConn coach Jim Mora Jr. took a program that has won fewer than six games over the past three seasons to a bowl game in his first season. TCU coach Sonny Dykes has the Frogs in the College Football Playoff conversation. Despite a loss to UCF, Willie Fritz has Tulane in the AAC title race. And as previously mentioned, Kelly has LSU in the SEC Championship Game in Year 1.

The names hardly even scratch the surface. What about Bret Bielema at Illinois? Or the job Lincoln Riley and Chip Kelly are doing at the Los Angeles schools? Kirby Smart and Jim Harbaugh have engineered the most efficient killing machines in the country. The level of coaching continues to rise across college football, and that will make the national coach of the year race one of the most difficult decisions in years.

Big Ten West is a mess: The Big Ten West appeared to be decided weeks ago as Illinois took a dominant lead in the division with a winnable slate left. However, after following up a disastrous loss to Michigan State with a disappointing performance against Purdue, the race is suddenly wide open.

Illinois, Purdue, Minnesota and Iowa are suddenly tied in the Big Ten West standings with a 4-3 record. The Illini play No. 3 Michigan next week, so they are likely to fall out of the race. Naturally, that leaves Iowa and Purdue — two programs fighting for bowl eligibility just days ago — to play with major divisional hopes on the line in Week 12. Needless to say, Illinois’ fall from grace is a tremendous disappointment for the division.

How to watch Mayweather vs Deji: Live stream and TV channel for boxing tonight

How to Watch Clippers at Hornets: Stream NBA Live, TV…