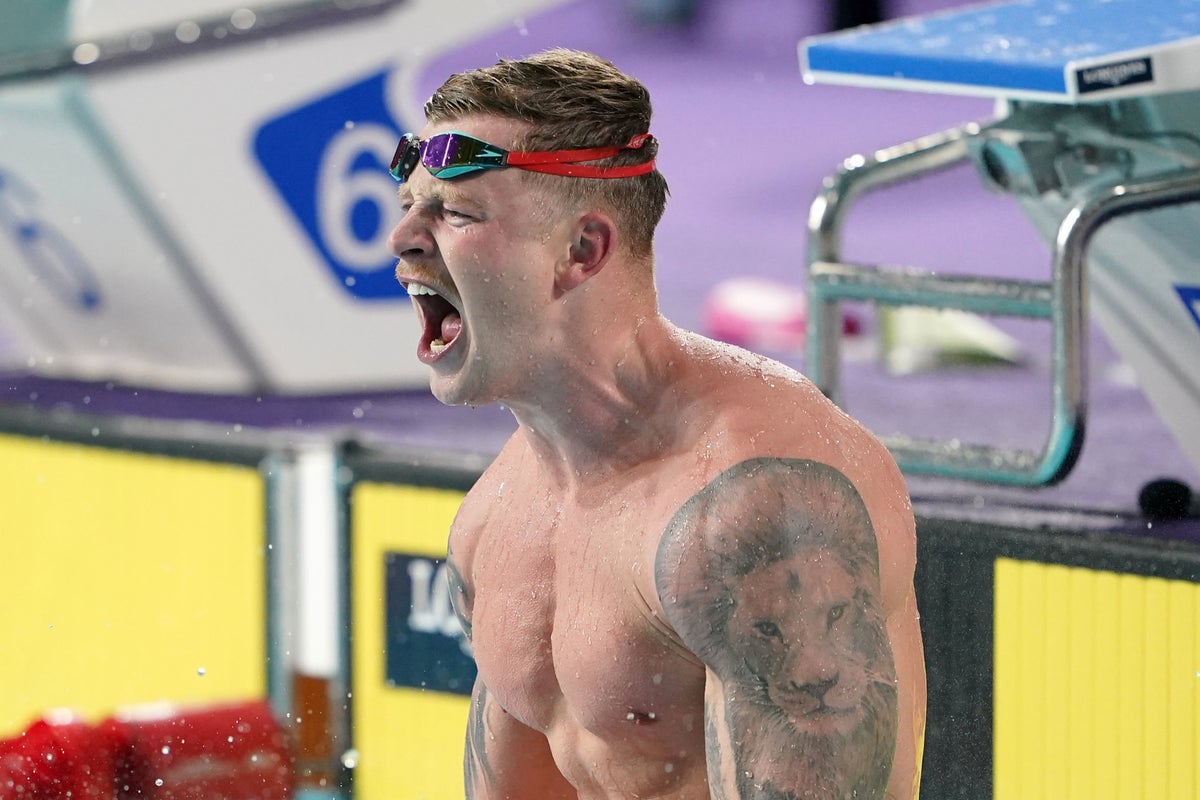 The two-time champion bounced back from the shock of the Games in his defeat by James Wilby in his trademark event to win the one title to have eluded him in his illustrious career, 50m Commonwealth gold.

In a nailbiting finish, he held off the challenge of Australia’s Sam Williams, sat on the lane rope and roared in delight as he smashed the water in celebration.

“I had two options this morning, I either fight or don’t fight,” Peaty said. “Everyone who knows me, knows I fight. That means so much to me, because what I have been through the last five years, I lost my spark towards the beginning of the week and I have it back now.

“There were a lot of emotions yesterday but a lot of people have got to understand that I reached the bottom of the bottom and to bring myself up with the crowd in my own mind and that is the result.

“That was the only one I haven’t won in my career, the Commonwealth 50m and I can retire now. I don’t care about the stats, tonight was about racing, who was going to get on the wall first. I am so glad I got that loss earlier in the week because these wins feel so much more alive and so much better.”

The build-up to this final had been far from smooth, from breaking his foot in a training accident 10 weeks ago to the furore caused by his comments after his semi-final, in which he said he wasn’t fussed about Birmingham 2022.

Peaty tried to backtrack on suggestions on Monday that only the next Olympics mattered, saying he had been caught up in the emotion of the moment.

Despite those remarks, the packed stands at Sandwell Aquatics Centre again greeted him warmly into the arena, onto the blocks and out of the pool with the gold.

Usually so predictable, Peaty has looked in a rare muddle at these Games. The primary issue has been the damaged foot and the lack of race sharpness.

But mentally he admitted he had partially lost his spark and motivation, while then later claiming to be a lion backed into a corner and telling his rivals to beware.

His time of 26.76seconds was not the sort to leave his peers in shock and awe as has been the case for much of his career, but it was still enough to make amends for the 100m loss and his defeat in this event at the last Commonwealth Games.

The first English gold of the night in the pool belonged to Brodie Williams in the 200m backstroke. Team-mate Luke Greenbank had led for much of the race but faded badly to finish outside the medals, while Williams had a storming final 25m.

“I just tried to work that last 50 and I am lucky to get the touch,” he said. “It’s a shame not to have Luke Greenbank on the podium with me. He has been the standard of backstroke in Britain and I know he has had Covid recently. I am glad we can push each other and the backstroke boys will be back.”

James Guy had a storming finish to the 100m butterfly final but had to make do with a dead heat for second place as Canadian Joshua Liendo Edwards won gold.

Ben Proud looks on target for a second gold medal to add to his 50m butterfly title after setting a fastest qualifying time – 21.63 – for the final of the 50m freestyle.