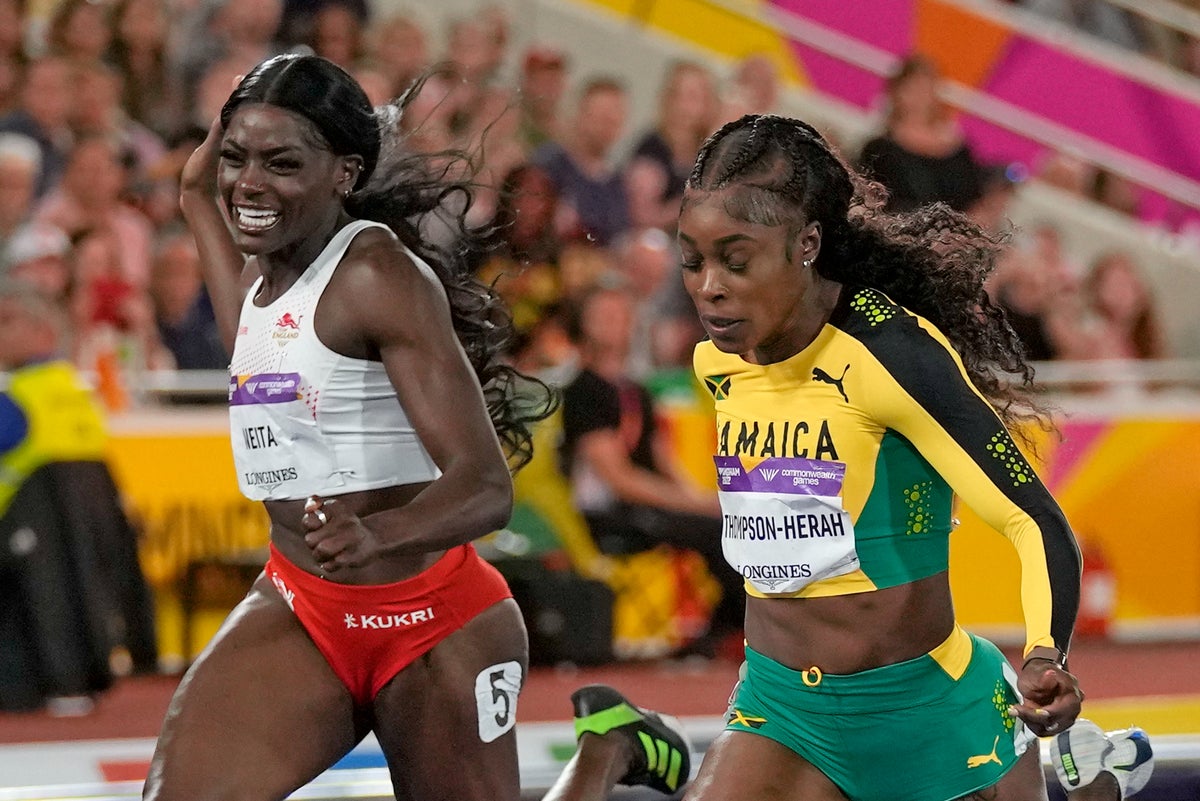 aryll Neita had threatened to pull off an upset against Olympic 100metre champion Elaine Thompson-Herah but, in the end, had to settle for Commonwealth Games bronze.

Team England’s Neita, who had missed out on a place in the World Athletics Championships final in Eugene last month by just one hundredth of a second, produced the run of her life in the semi-finals.

The Londoner won her semi-final at Alexander Staium in a time of 10.90seconds but was unable to replicate that form come the final.

As expected, Thompson-Herah, who had lost out to Shelly-Ann Fraser-Pryce at the Worlds, proved a class apart winning in a time of 10.95s.

Julien Alfred, of St Lucia, pipped Neita to the silver medal as she finished some way short of a new personal best after a slow start in a time of 11.07.

Neita’s England team-mate Nethaneel Mitchell-Blake was even slower in the men’s final after a worse start left him last and he jogged over the line in 11.10.

Gold went to Kenya’s Ferdinand Omanyala in 10.02 in a field devoid of the Jamaicans, whose stars had mostly opted to stay away from the Games. Defending champion Akani Simbine took silver, with bronze going to Yupun Abeykoon of Sri Lanka.