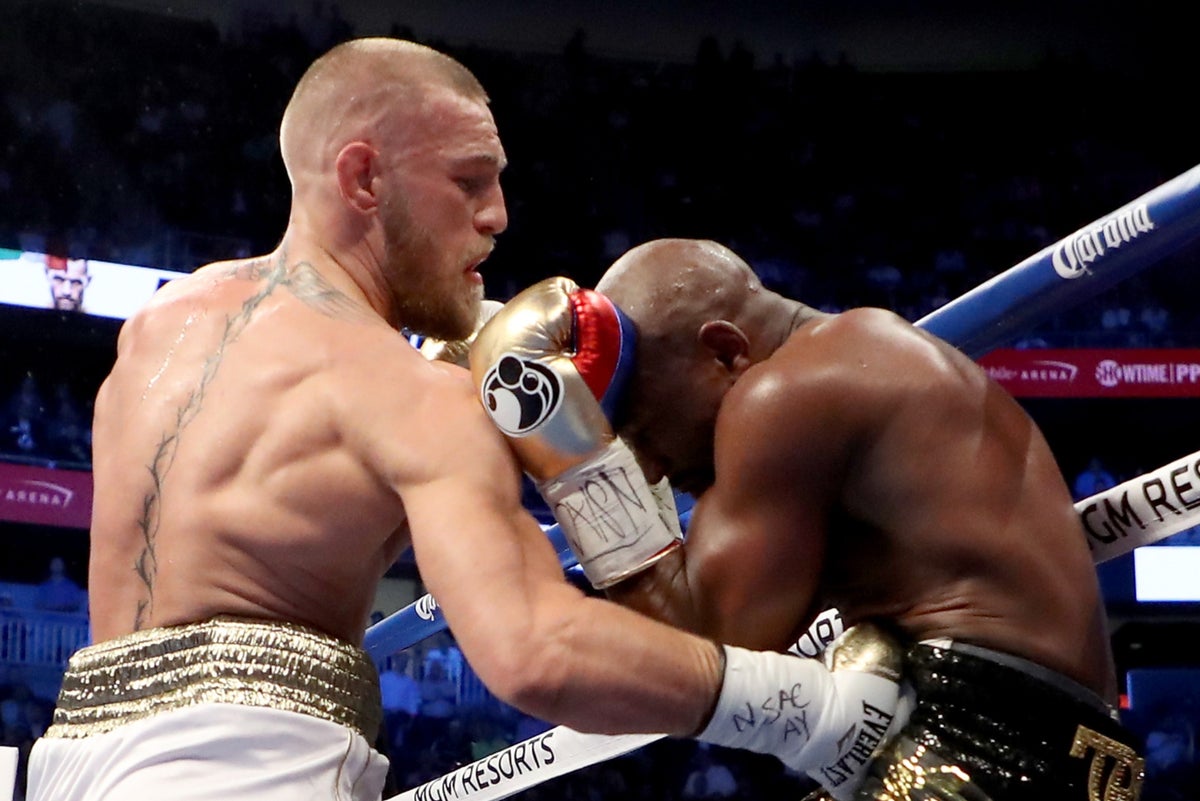 onor McGregor has poured cold water on a lucrative second boxing bout with Floyd Mayweather, insisting he is “not interested” in rematching his old foe.

Rumours over another crossover contest between one of boxing’s modern greats and the outspoken UFC superstar have continued to circulate ever since their first meeting back in August 2017, when Mayweather emerged victorious via a comfortable 10th-round stoppage at T-Mobile Arena in Las Vegas.

Such speculation ramped up on Wednesday, when the 15-time world champion insisted a 2023 rematch was now in the pipeline, with Mayweather seeking a real competitive fight rather than an exhibition.

The first bout was sanctioned and the victory contentiously counted towards the 45-year-old’s professional record, meaning he retired again undefeated at 50-0 – surpassing the legendary heavyweight Rocky Marciano.

However, McGregor claims to have little desire to renew his rivalry with Mayweather in the ring, posting an image of him on Instagram landing an uppercut during the first fight along with a two-finger emoji and the short caption: “Not interested.”

Mayweather is currently preparing for the latest in a series of money-spinning post-retirement exhibitions, to take place against Japanese mixed martial artist and YouTuber Mikuru Asakura at Rizin 38 in Saitama on Saturday night.

His last visit to Japan in 2018 ended with a first-round demolition of kickboxer Tenshin Nasukawa, while last summer he was taken the distance by YouTuber Logan Paul before returning again in May with a one-sided contest against former sparring partner Don Moore in Abu Dhabi.

Mayweather revealed to TMZ that he wanted at least $100million to fight McGregor again, having pocketed around $300m from the first clash, and is this time targeting the 65,000-capacity Allegiant Stadium, home of the NFL’s Las Vegas Raiders.

He also confirmed that his next exhibition after facing Asakura would come in November against Deji, YouTuber and brother of KSI who stopped Fousey to claim his first boxing win at the O2 Arena last month.

McGregor, meanwhile, has yet to return to UFC action after breaking his leg in horrendous fashion in the first round of his trilogy fight against long-time rival Dustin Poirier at UFC 264 in July 2021.

Fire up, as an engine Crossword Clue