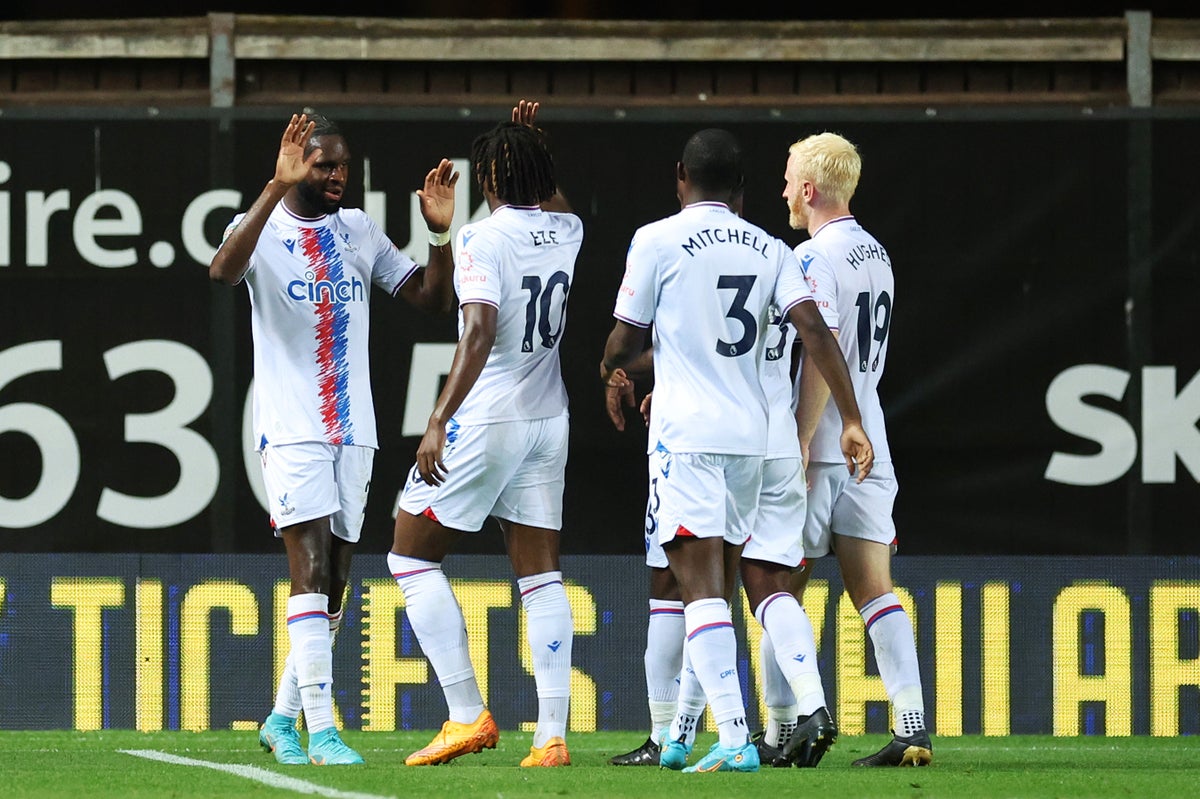 Edouard netted his first goal in 15 matches and since January as the Eagles coasted to victory at the Kassam Stadium.

Milivojevic then buried a late penalty to gloss the scoreline – and register his first Palace goal since March 2021.

The Serbia midfielder’s previous Eagles effort came in a 1-0 win over West Brom on March 13, 2021, but at League One Oxford the 31-year-old blasted home with relish to end that lengthy blank.

Edouard slotted home from Jeffrey Schlupp’s through-ball to take any potential sting out of a low-quality affair midway through the second half.

Edouard’s first Eagles strike since the 3-1 home loss to Liverpool on January 23 ensured Oxford faded after an industrious first half.

The League One hosts would have been satisfied to turn around at the interval with the game goalless, but boss Karl Robinson would have lamented three openings left unconverted.

Gatlin O’Donkor headed wide at the far post, then failed to pick out the unmarked Billy Bodin at the back stick after sneaking in behind the Palace defence.

Cameron Brannagan drove smartly on goal as the half drew to a close, but full Eagles debutant Sam Johnstone comfortably palmed to safety.

Palace failed to find any rhythm before the break and created nothing of note, but Vieira’s men stuck to the task and upped the tempo sufficiently for the result.

Ebereche Eze and Schlupp added impetus off the bench in the second half, and the latter’s defence-splitting ball finally opened up an organised Oxford outfit.

Edouard wasted no time in lashing home to end his long wait and help the visitors shut up shop.

Milivojevic then made no mistake with a bullet penalty, wrong-footing home keeper Eddie McGinty in the process.