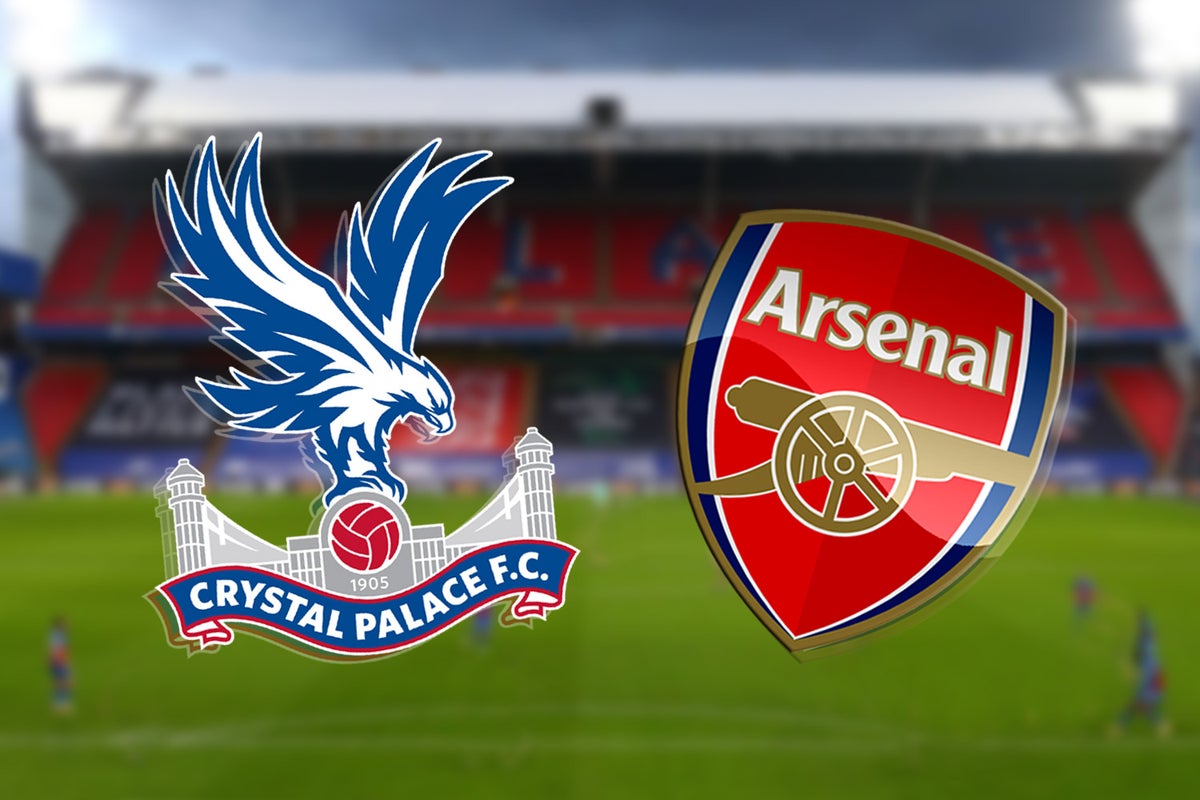 Both sides will approach the opening contest of the new campaign in SE25 in high spirits after encouraging summers, with the Gunners losing just one of their friendlies and putting a combined 10 goals past Chelsea and Sevilla with no reply thanks in no small part to the red-hot form of £45million recruit Gabriel Jesus.

Arsenal will be eager to build on that sense of excitement and anticipation and avoid the same fate that befell them in last year’s all-London kick-off, when they were bested by newly-promoted Brentford after a dismal display.

Looking to provide Mikel Arteta’s side with a reality check is a Palace team that will hope to make further strides this term under the tutelage of Arsenal icon Patrick Vieira.

The Eagles won three of their last four friendlies, notching seven times in two matches against QPR and Montpellier, and have been boosted by the arrivals of Cheick Doucouré and Chris Richards.

Crystal Palace vs Arsenal is scheduled for an 8pm BST kick-off on Friday, August 5, 2022.

The match will take place at Selhurst Park.

Where to watch Crystal Palace vs Arsenal

Live blog: You can follow all the action via Standard Sport’s live blog, with expert analysis from Simon Collings at Selhurst Park.

Palace have a few injury concerns at present, with James McArthur and Michael Olise both sidelined, along with goalkeepers Sam Johnstone and Jack Butland.

For Arsenal, Emile Smith Rowe is set to remain out with a groin issue, while full-backs Kieran Tierney and Takehiro Tomiyasu have also been nursing injuries across pre-season.

New signing Fabio Vieira is yet to feature for his new club due to a foot problem and looks very likely to miss out on Friday.

It would usually be wise to urge caution when it comes to being too optimistic regarding Arsenal’s early season prospects, with those predictions generally tending to backfire in a hurry.

However, it is impossible to deny that the Gunners looked quite a force to be reckoned with during the summer, with the front four of Jesus, Bukayo Saka, Gabriel Martinelli and new captain Martin Odegaard appearing absolutely electric at times.

Their lethal combination of eye-catching interplay and relentless high pressing quickly overwhelmed Sevilla in a 6-0 Emirates Cup demolition last weekend, piling further expectation onto Arteta’s men to get their Premier League campaign off to a similarly flying start.

Palace away under Vieira is certainly not an easy game to open with, though a hard-fought away victory should be on the cards.

Arsenal failed to beat Palace last season, suffering a dismal 3-0 defeat at Selhurst in April that hit their Champions League hopes and only drawing 2-2 in the Emirates clash courtesy of a last-gasp Alexandre Lacazette equaliser.

Jake Paul next fight: The impossible problem of finding the social media star a suitable opponent

Dances under a bar Crossword Clue