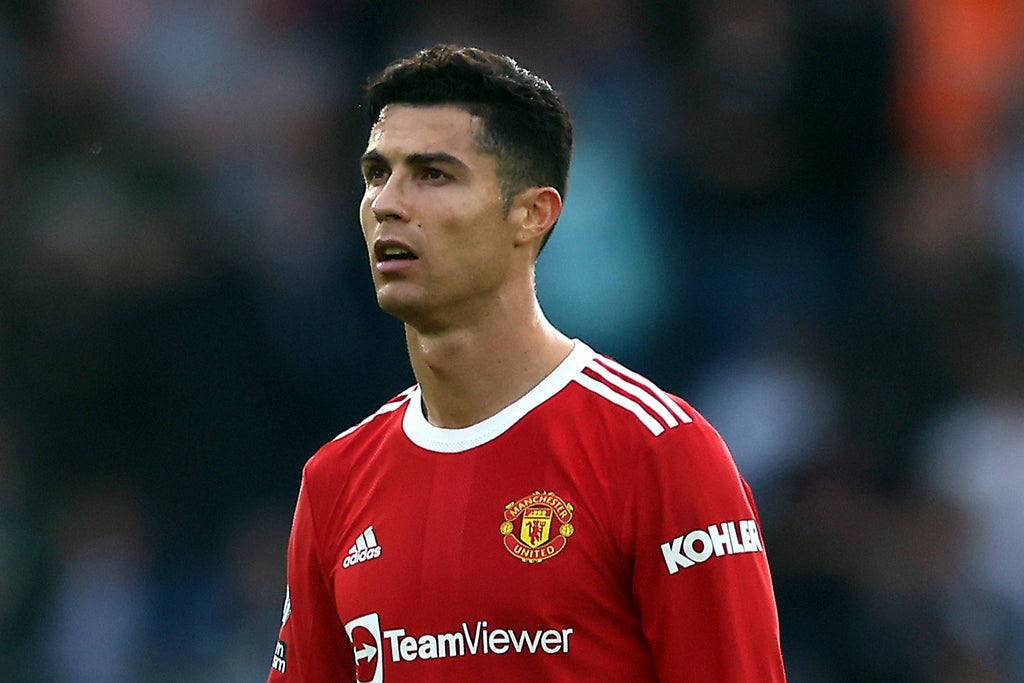 Ronaldo still has another year left to run on the contract he signed when making a sensational return to his former club from Juventus last summer, yet there has been significant debate over the 37-year-old’s place in a full-scale Old Trafford rebuild.

Despite Ronaldo proving United’s saviour on a number of occasions during a dreadful season and netting 24 goals in 39 appearances across all competitions, there have frequently been complaints that the club are too reliant on the five-time Ballon d’Or winner, who commands too much attention and heavily dictates the way the team have to play.

However, Red Devils icon Beckham believes Ronaldo is still at the peak of his powers and should remain at United for at least another season.

“It’s important to him – we all know how much United means to him. He’s still doing what he does best,” Beckham told Sky Sports during an appearance at Sunday’s star-studded F1 Miami Grand Prix.

“To be doing what he’s doing at his age is really incredible so hopefully it continues for another year or two.”

United’s woeful campaign hit a new low on Saturday, with interim coach Ralf Rangnick’s penultimate game in charge resulting in a 4-0 humiliation away at in-form Brighton.

A quirk of the fixture list means they have played more games than any other club in the top-flight and now have a two-week break before ending 2021/22 away at Crystal Palace on the final day.

And while plenty of criticism has been aimed at United’s players over recent months, Beckham does not believe they have lacked effort, though he is expecting plenty to change when Ajax coach Ten Hag takes over this summer.

“The players have done what they can do best, so has the manager. I turned up at the stadium a few months back and every seat was filled so the fans still believe, they support, they turn up for the team.

“It’s what United fans do. There’s not many teams to have gone through what they’ve gone through in the last few years and still filling out their stadium. There will be changes.”