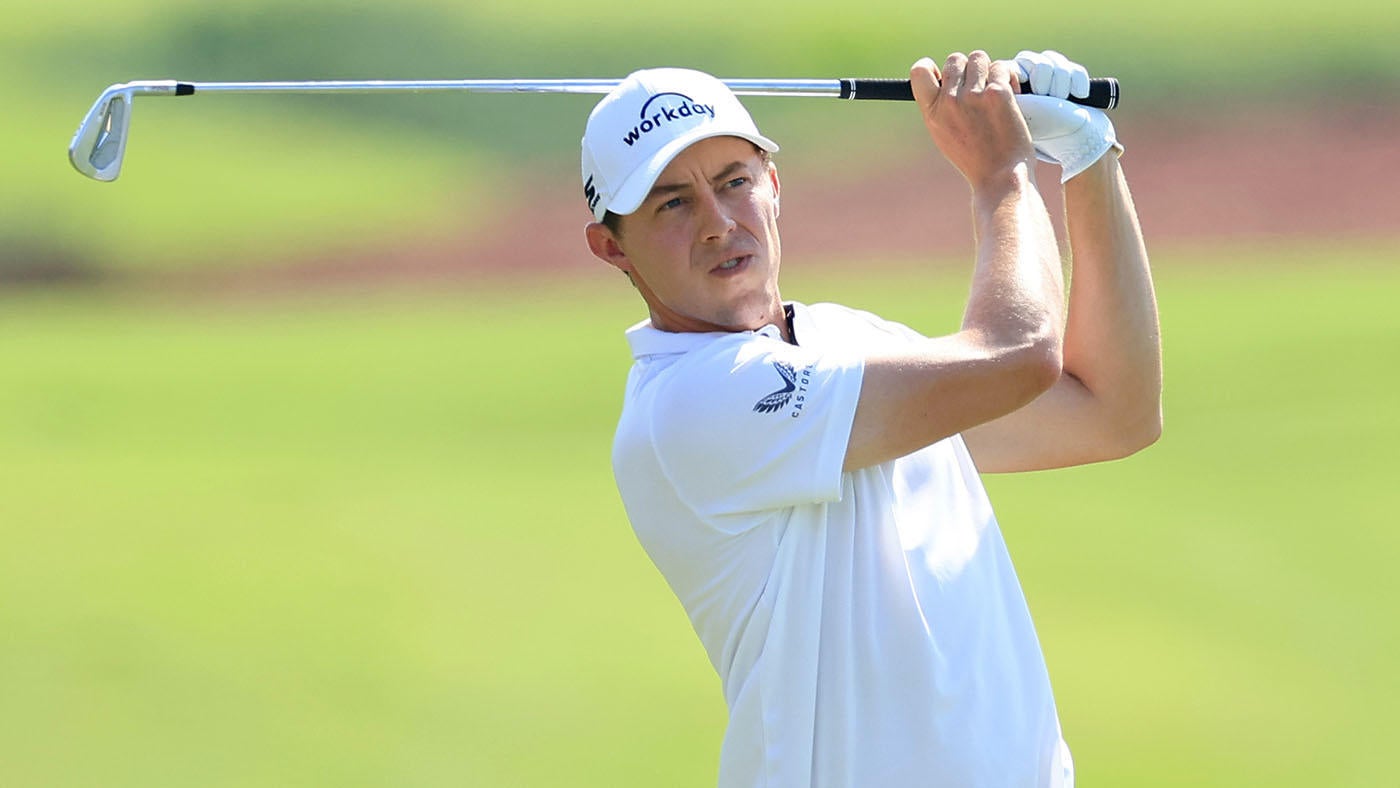 Three major winners emerged as the favorites to win the DP World Tour Championship earlier this week, and one of them co-leads in Dubai after Round 1 as the DP World Tour season comes to a close. Matt Fitzpatrick, who has won two of the last six season-ending tournaments on this golf course, shot a 7-under 65 and is tied with Tyrrell Hatton after 18 holes of play.

For a while, it looked as if it might be even better than that. Fitzpatrick birdied his first five holes before cooling off and playing the next 13 in just 2 under. Still, it’s an ideal start for the reigning U.S. Open champion as he looks to cap what has been a spectacular year with a second win and, potentially, his first Harry Vardon trophy, given to the player who tops the DP World Tour’s season-long points race.

“I was laughing to be honest [about the hot start],” Fiztpatrick said. “I said to [caddie] Billy [Foster] yesterday, ‘When we won in 2020, didn’t we have four in a row?’ Then we did four in a row and we laughed about that, then I made a fifth. It was a nice start to the day.”

Hatton, too, had a nice start to his day. He birdied four of the first seven, and then four more after that before making his only bogey of the day (a six on the 18th hole). He fell into a tie with Fitzpatrick because of a mistake at the last but is still in a good spot to get what would be his first win since Abu Dhabi at the start of 2021.

“I’m surprised to hear it’s my lowest round to start with [at this event],” said Hatton. “Obviously it was a good day. Hit a lot of good shots. Putter was great. Kind of happy with that start. Although my head’s a bit fried at the moment. My mind is just raging at the last there. But it is what it is.”

Those two lead a resurgent Alex Noren by one and Adri Arnaus by two, but the bigger names and more feared players are further back. Tommy Fleetwood is 4 under; Jon Rahm is 2 under; pre-tournament favorite Rory McIlroy is 1 under; Shane Lowry is 1 over; and Viktor Hovland is 2 over. That’s a lot of ground for nearly everyone in this group to make up on two Ryder Cup-level players like Fitzpatrick and Hatton.

“I play well here,” said McIlroy. “[I was] 3 under through eight holes. I’m not — it’s not far away. It’s not as if there’s anything that I need to drastically work on. And yeah, thankfully there’s three rounds left, go out and shoot a good one tomorrow and be ready for the weekend.”

The silver lining for McIlroy is two fold. One, there’s plenty of time left to make up a lot of ground, and he’s perhaps the best ever on this golf course (although Fitzpatrick is terrific as well). Two, McIlroy only narrowly trails Fitzpatrick for the season-long points race. Even if Fitzpatrick wins, McIlroy can still win the race by finishing second in this field.

Regardless, the tone has been set by two Englishmen for this week’s tournament. Several other superstars are chasing, but running down one of Hatton and Fitzpatrick will be difficult enough. To get by two of them will be, if it happens, an extraordinary feat.

Fitzpatrick and McIlroy have changed positions here. McIlroy was shorter than 3-1 to win coming into this week, and Fitzpatrick was 9-1 before his 65 in the first round. I’m hesitant about the players beyond Hatton because of how quality the top two are, and I’m glad to have picked Fitzpatrick at 9-1. However, if I have to take somebody outside of the top two, I’m going with Fleetwood, who is coming off a win last week in South Africa and just three back.

Uruguay vs South Korea live stream: How can I watch World Cup 2022 game for FREE on TV in UK today?

How to Watch Thunder at Timberwolves: Stream NBA Live, TV…

How to Watch Robbie the Reindeer: Stream Special Premiere…

How to Watch the ACC Championship, Clemson vs North Carolina…