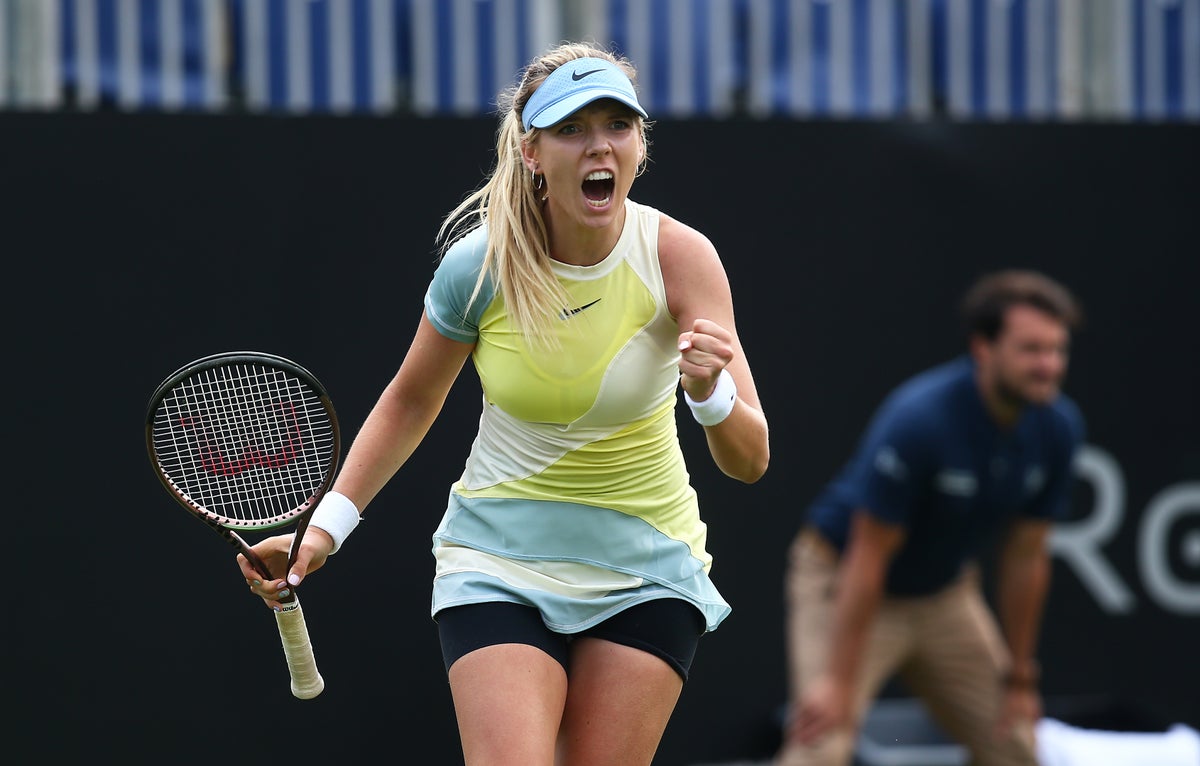 The 25-year-old showed some promising signs of form in Birmingham last week, reaching the quarter-finals before she eventually fell short against Simona Halep.

Up against the fourth seed Pliskova, who reached the Wimbledon final a year ago, Boulter was 5-0 down in the opening set within half an hour and facing a first-set bagel. She avoided that though and then responded superbly to secure a 1-6 6-4 6-4 victory.

Pliskova was badly out of sorts at times, particularly when being broken to love early in the third set after four consecutive double faults.

“That gave me goosebumps so thank you so much,” Boulter said on-court when asked about the atmosphere.

“I am super proud of myself. I went out, didn’t feel great and worked so hard to get out there. I battled and fought and to beat a player like that means so much.”

It’s Boulter’s first ever win over a player ranked inside the top ten, and comes at the perfect time as she looks to turn that form into a successful run on the biggest stage.

The Brit has never made it past the second round of a Grand Slam but will be keen to improve on that record, after receiving a wildcard into the Wimbledon main draw.

Harriet Dart’s match with Jil Teichmann was going into a third set when it was suspended for the day, while Dan Evans eased into the next round with a 6-4 6-3 win over Frenchman Adrian Mannarino.

It was an extremely strong day for the British players, with Ryan Peniston continuing his brilliant few weeks with a 4-6 7-6 (5) 6-1 success over French Open quarter-finalist Holger Rune.

A close opener went the way of the teenager after he decisively broke in the 10th game, but the in-form Peniston stuck with his highly-rated rival and edged a tie-breaker to earn thunderous applause from the crowd.

Rune lost his composure at the beginning of the decider when Peniston produced a wonderful return to a volley at the back of the court to take his first break point.

The Dane smashed a tennis ball out of the court before he whacked his racket against a towel bin to earn himself a warning.

Even though Rune did break back instantly, Peniston stayed composed and secured another break before he closed out this latest impressive result.

He said on-court: “I am very, very happy with that. Tough start but managed to fight thanks to you guys.

“It has been madness to be honest. A couple of weeks ago things were a lot different but now things have changed and I am loving it.”