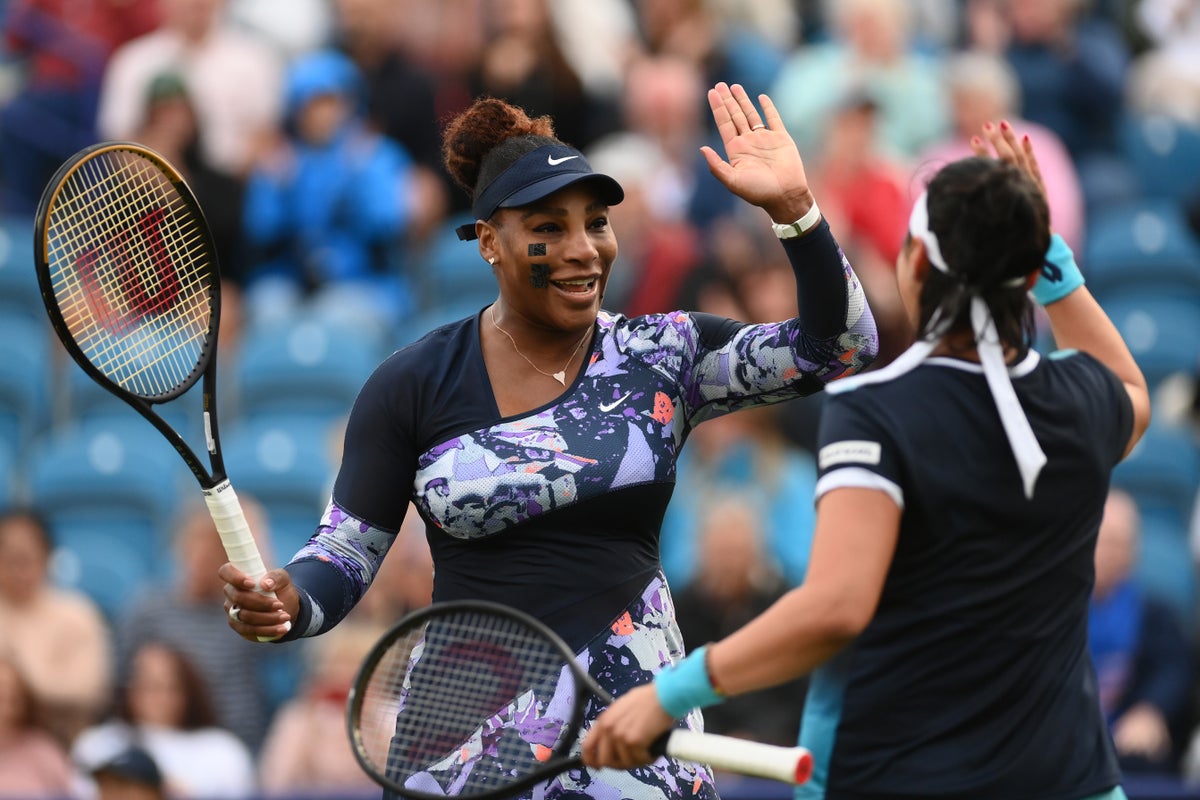 The 23-time Grand Slam champion had not played a competitive match since retiring after six games of her first-round match at Wimbledon last summer, an absence that has seen her slip down to 1204th in the singles rankings.

Williams and Jabeur had to come from a set down before winning a super tiebreak to secure a 2-6 6-3 13-11 victory over Sara Sorribes Tormo and Marie Bouzkova in the opening round of the women’s doubles.

The pair will be in quarter-final action on Thursday, when they play Shuko Aoyama and Chan Hao-ching.

With Wimbledon less than a week away, Williams will be keen to get as much match practice as possible on the Eastbourne grass, ahead of her singles return at the All England Club. The 40-year-old has received a wildcard into the main draw.

“It was great out there and so fun to play with Ons – we had a lot of fun,” Williams said after the match.

“Our opponents played amazing and we were happy to stay in there.”

Williams remains one Grand Slam behind Margaret Court’s all-time record of 24, as the American has been for more than five years. Since winning number 23, at the Australian Open in 2017 with victory over her sister Venus in the final, Williams has been beaten in four finals, including two at Wimbledon.

Last year’s retirement resulted in just her second ever opening round defeat at a Grand Slam, across 79 tournaments, though she will be more vulnerable this time as an unseeded player.

One opponent Williams will be keen to avoid in the early rounds is Iga Swiatek, the all-conquering world number one who has won her last 35 matches. The 21-year-old is looking to become the first female player to win the French Open and Wimbledon in the same year since Williams did so in 2015.

Ubisoft Unveils The Talented Composers Behind The Mario +…