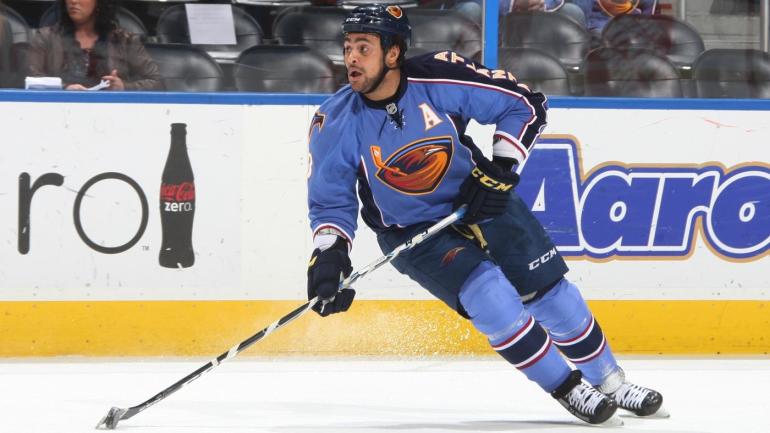 The Atlanta Thrashers are making a comeback, at least for one night at the ECHL level. The Atlanta Gladiators have announced that they will bring back the defunct NHL brand for their game against the Greenville Swamp Rabbits on Dec. 16.

According to the official announcement from the team, the Gladiators will wear limited edition Thrashers jerseys while also handing out Thrashers rally towels, T-shirts and pucks. Even the Thrashers’ old mascot, Thrash, will be back for the game against the Swamp Rabbits.

The Gladiators did have to seek permission from the NHL to use the intellectual property rights of the Thrashers for a game, per a report from ESPN. The Gladiators laid out their plan for the game and submitted their request in May, and the NHL gave the team its approval in October.

The Thrashers made their NHL debut in the 1999-2000 season, and they played 12 seasons in Atlanta before relocating to Winnipeg and becoming the Jets before the 2011-2012 campaign. Unfortunately for the Thrashers, their time in the NHL was not particularly memorable. The team made the playoff just once, in 2007, and got swept by the New York Rangers in the first round.

On April 10, 2011, the Thrashers suffered a 5-2 loss to the Pittsburgh Penguins in their last NHL game before moving to Winnipeg. The Thrashers left Atlanta with an overall record of 342-437-45-78 and an 0-4 record in the postseason.