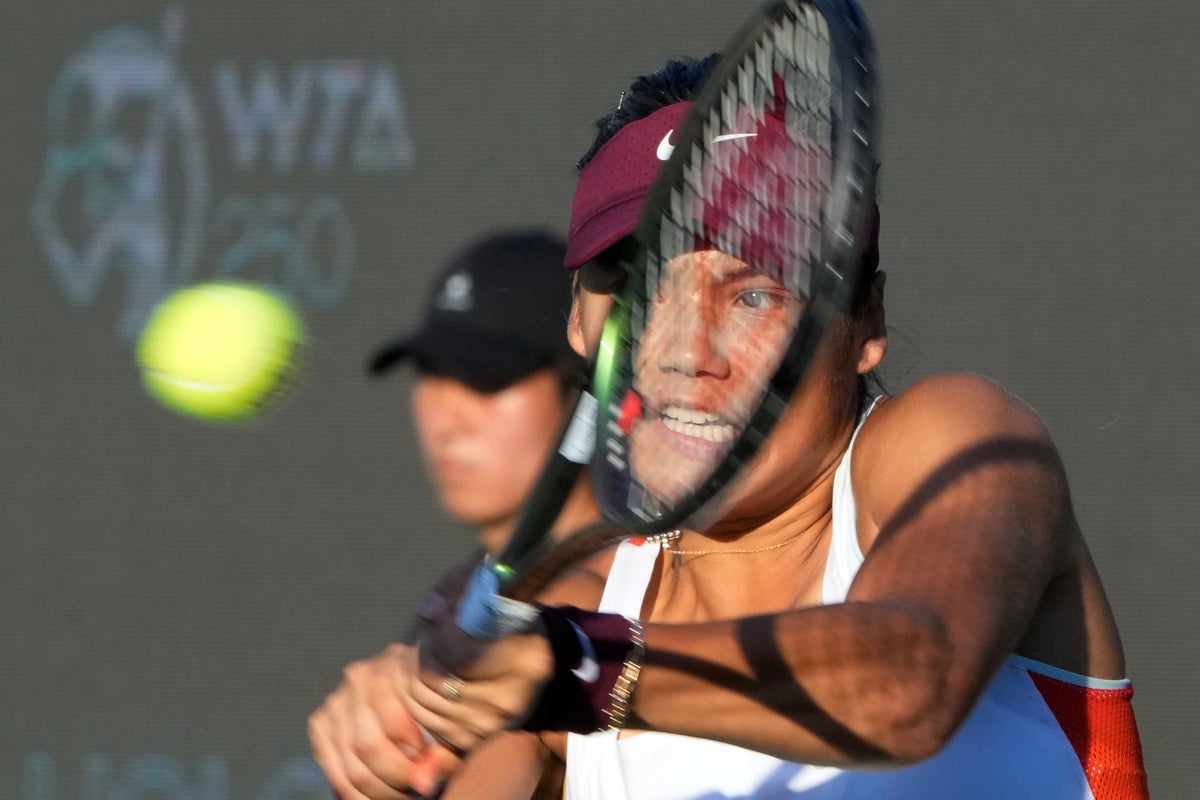 mma Raducanu coasted into her first semi-final since last year’s US Open with a blistering display of aggressive tennis against Magda Linette at the Korean Open.

The British teenager has not won three matches in a row on the WTA Tour since her fairytale run in New York more than a year ago.

But producing some of the best tennis since then this week, she returned to the all-or-nothing approach which earned her a maiden Grand Slam title as she recorded a 6-2, 6-2 win.

She was the lower-ranked player of the pair, dropping to No77 in the world following her US Open first-round loss by Alize Cornet and the sixth seed in Seoul. Linette was seeded third and 51st globally.

But the Pole was swatted aside in the opening exchanges and found herself 4-0 down after just 15 minutes, having twice been broken as Raducanu seemed to find all corners of the court.

Linette briefly stopped the rot for a hold in the fifth game but the respite was all too brief and she could find no way to unlock the Briton’s serve for the duration of the set. She momentarily came close to a glimmer of a break of her own with a lucky net cord to bring deuce when Raducanu was serving for the set, but to no avail.

That near momentum shift and having fought back from a set and 5-3 down in the previous round gave Linette the belief she could force some sort of a turnaround.

But such belief was shortlived as Linette looked hampered by an injury in the second set which saw her struggling to walk as the match dragged on. Raducanu again quickly found herself a double break up and raced to victory in a barely an hour and a quarter.

The British No 1 goes into the last four with plenty of momentum having not dropped a set all week.

George Moncur interview: ‘It’s all down to God that I’m at…