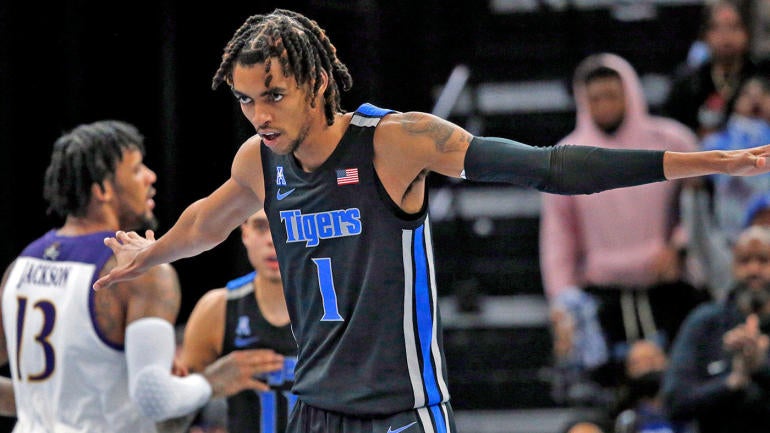 Former five-star recruit Emoni Bates, a second-year player who transferred to Eastern Michigan this offseason after a one-season stint at Memphis, was arrested and taken into custody Sunday night on felony gun charges.

Bates was pulled over on a routine traffic stop after failing to stop at an intersection, where police then discovered a firearm. He faces two felony charges: one for carrying a concealed weapon and another for altering ID marks on a weapon, according to WXYZ in Detroit.

Steve Haney, lawyer for Bates, told ESPN that his client was driving a borrowed car that had a gun inside when he was pulled over, and he was subsequently booked into jail on gun charges.

“We are aware of a situation involving one of our student athletes,” Eastern Michigan said in a statement to ESPN. “Eastern Michigan University takes all allegations very seriously. We are working to gather more details and will have further comment when more information is available.”

Bates was once ranked as the No. 1 prospect in his high school class and widely viewed as one of the best basketball prospects in the world regardless of classification. The Ypsilanti, Michigan, product originally committed to Michigan State before signing with Memphis. In 18 games, he averaged 9.7 points and 3.3 rebounds while struggling to live up to the lofty expectations that preceded him.

After his freshman season at Memphis, Bates opted to enter the transfer portal and was courted by a number of schools before ultimately deciding this summer to return closer to home by playing for Eastern Michigan. He’ll be a sophomore this coming season for the Eagles, who went 10-21 and finished in second-to-last place in the MAC a season ago.